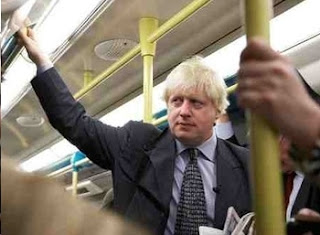 London Underground is now running three out of its eleven lines with automatic signalling systems. By 2018, when the Northern line and Sub Surface lines (Circle, District, Hammersmith & City and Metropolitan lines) all have their new signalling commissioned, some 70 per cent of the network will be automatic.

FACT : London Underground has been running driverless trains since 1969! 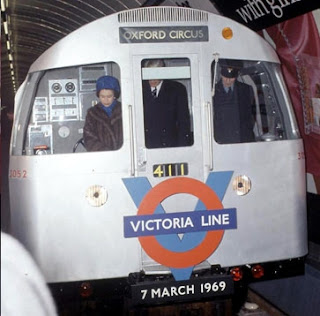 The Victoria Line is fully automatic; all the "driver" has to do is to press two small buttons ... 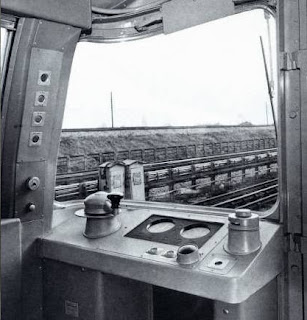 ... to the left of the big black button. It is so simple that even royal personages can do it! The only reason there are two buttons is so that he doesn't accidentally lean on one! The other controls are for driving the trains in a depot. He (she?) also has to open and close the doors. Boris continues:-

Given the technology available now, it is very unlikely that, after the procurement of the trains for the Sub Surface Lines, LU will ever again buy a fleet of passenger trains with conventional drivers’ cabs. The work is still very much at an early stage but the next generation of employees supporting the train service could be much more like the train captains on the Docklands Light Railway, rather than those seen traditionally on LU.

FACT : Trains on the Docklands Light Railway are "driverless" but carry a member of staff who can drive, using a normally locked console, if needed. 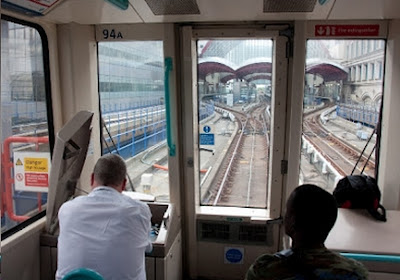 Christian Wolmar, respected Transport journalist and author, is less sure. 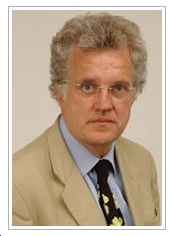 The idea of completely unstaffed trains is equally fanciful. When the Victoria Line was completed over 40 years ago, London Transport discussed whether the trains would need to have a person in the front cab, even though all they do is operate the doors. It was decided, understandably, that the notion of a train with an empty drivers cab would be unacceptable to the British public. Even the DLR has a ‘train captain’ who can drive the train if there is a technical problem and ensure passengers can be evacuated in an emergency. Trains travelling through London’s Underground Victorian tunnels will always be staffed.
.
fbb reckons that you're wrong, Christian. 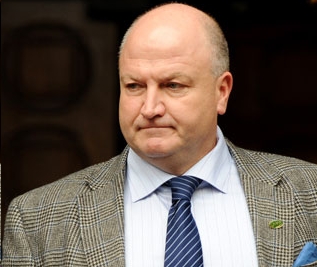 For obvious reasons the Unions are not so keen. General secretary Bob Crow said:-

This is the same desperate, tired rhetoric from a clapped-out, right-wing politician looking to pull up a few opportunist votes and it will backfire on Boris Johnson big time. London tube users know that it is the drivers who pull kids from under trains when automation fails to spot such potential tragedies, that it is drivers who evacuate in emergencies and that it was drivers who played such a crucial role in dealing with the 7/7 bombings deep under ground. Boris Johnson is prepared to take a lethal gamble with passenger safety in his quest for votes and just like his pledge of a “no-strike” agreement four years ago this is nothing more than unworkable hot-air, aimed at grabbing a few cheap headlines.
.
Pulling kids from under trains? 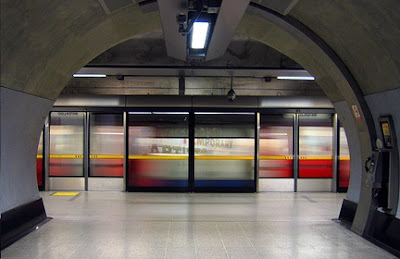 The new bit of the Jubilee line has doors on the platform edge which only open when a train is in place. There is no way for "kids" or even adults to get on the track or fall under a train. There isn't even a "gap" to mind. 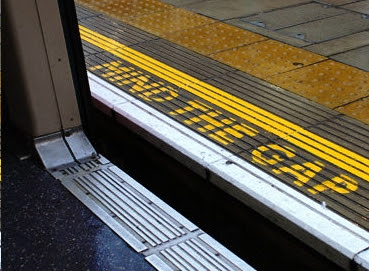 fbb has had the privilege of a guided tour round Surrey Quays station, prior to opening, and the security arrangements are superb. Bob Crow talks tosh!

FACT. Since 1998 a fully driverless "tube" (thinks: can you have something that is both "fully" and "-less"?), without even a "train captain" or button pusher, has been running successfully on a line only a short journey from London. 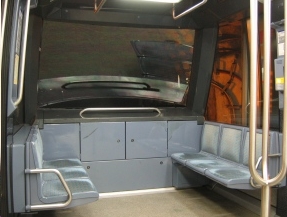 front of train
no cab : no driver