Yet again, it's easy if you know how.

But you must get the right Preston.

Not this one near Lavenham in Suffolk (which is actually called Preston St Mary) ... 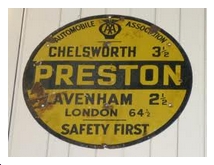 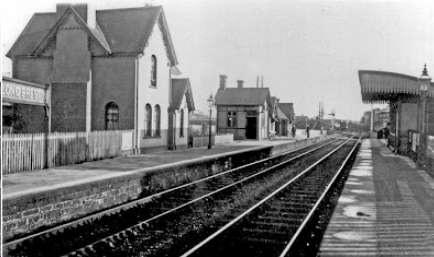 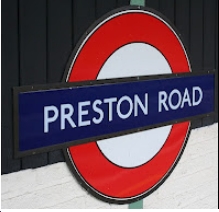 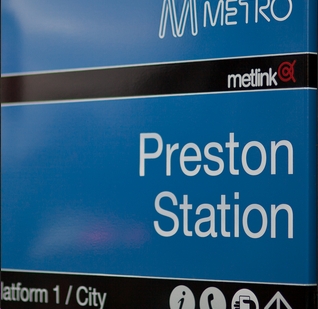 ... on Melbourne Metro, Australia. It's on the line to Epping, by the way! 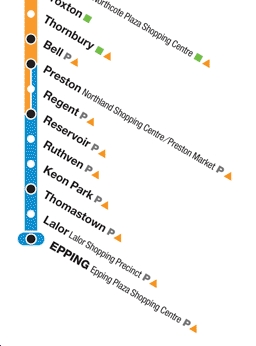 What we want is Preston, Lancashire.

There are about 15 other Prestons listed in the UK, plus a further 24 with Preston as part of the name. fbb's favourite is Preston Gubbals ... 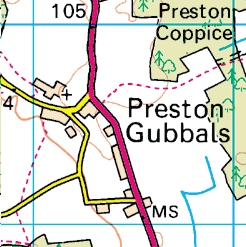 Preston Gubbals is a small village in Shropshire, England. It lies on the A528 Shrewsbury-Ellesmere road and is in the parish of Pimhill. 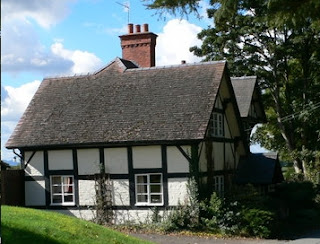 The name, spelt Preston Gubbalds in some historical sources, is derived from the Old English for "priest's settlement" [i.e. Priest Town], along with the name of Godebold or Godbold, a priest who was subtenant of the manor in 1066 and at the time of the Domesday Book survey.
Having successfully (?) chosen the correct Preston, then a search via Transport Defunct ... 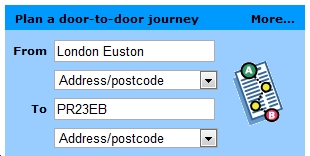 ... should provide the best possible journey. A number of blog commentators have implied that fbb doesn't ask the right questions, so doesn't get the right answers. Sadly, fbb asks the questions that he wants answered, not those insisited upon by non public transport program purveyors. "Use the postcode of your destination," one "anonymous" suggests, "and it will all be fine." Indeed? 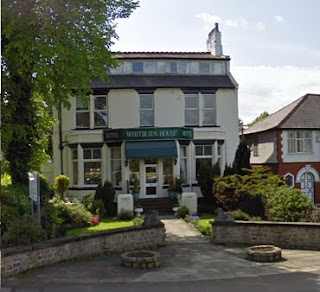 So fbb has searched for the postcode of the Whitburn House Hotel aka Bed and Breakfast; and this is the answer given connecting with the arrival of fbb's train, the 1430 from London Euston, on Saturday 31st March. 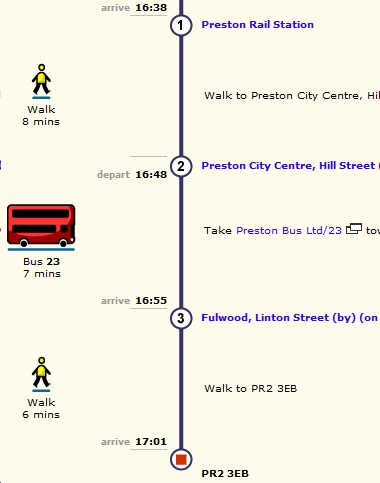 Looks fine, fast and friendly; unless you have heaps of luggage. 14 minutes' walk lugging suitcase, laptop, handbag, bag of knitting, cage of whippets etc. etc. is less than fun. A warning, however; don't try to replicate this journey for Easter weekend because there is much main line railway engineering disruption and you will be routed via Manchester with a consequently longer rail journey.
But, if you know what's what, then there is something better, once again highlighting the limitations of unthinking electronics. The trouble is that it takes a bit of detective work and local knowledge to improve on Transport Defunct. 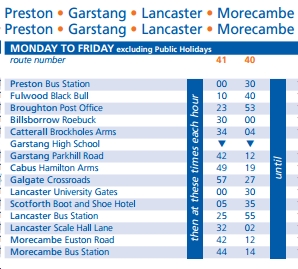 Stagecoach services 4, 40 and 41 do run via Garstang Road.
There is a stop almost outside the hotel.
And you probably need to be able to consult:-
A plan of bus stops at the railway station.
A route map showing buses along Garstang Road.
Some indication of where the "hotel" stop is.
It's not too much to ask. Or, is it?
Incidentally, "mine host" at the hotel warned fbb against the unnecessary complication of using the bus. "Just hop in a cab at the station," he said, "it will cost you about £4 and you will be here in five minutes." 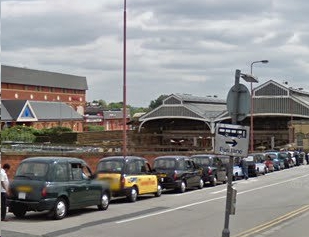 But pay £4 when fbb and Mrs hold their "senior" free bus passes? Never!
So next we will follow fbb's journey. 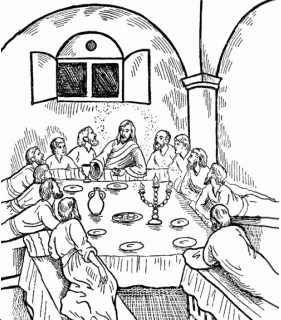 It's hard to find a realistic picture of "The Last Supper". Either the gang are crowded ridiculously on three sides of a long table, or they sit on benches. In fact they would have "reclined", either on mats on the floor (normal and most likely) or on low couches (posh and very unlikely).
The meal was in celebration of "The Great Escape", 1200 years previously, where Moses and the Israelite people made their Exodus from slavery in Egypt. After a series of amazing and co-incidental God-incidental disasters to befall the oppressor nation, the final straw was the death of the oldest in every family; a death that did not affect God's People.
Thereafter they celebrated "The Passover" in memory of the day when the "angel of death" passed over the Israelite community. 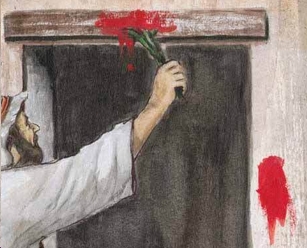 Next Blog : due "Good" Friday April 5th
Posted by fatbusbloke at 06:46