The old "New Passage" has a new purpose. 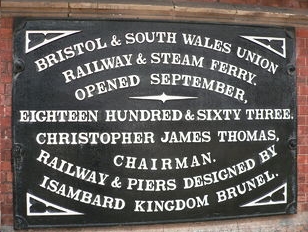 There was to be huge commercial gain from running a railway from England (at Bristol) to Wales but in the way was the watery barrier of the Severn Estuary. Currents are unpredictable, tides are high and the weather can be nasty. A bridge was too costly and one option to was to link Bristol with the existing but moribund New Ferry. Thence passengers and goods would be conveyed by steamer to Black Rock near Portskewett where train would take over.

The emgineering design was by Brunel but he died before construction could begin. Substantial piers were built on both sides of the estuary ... 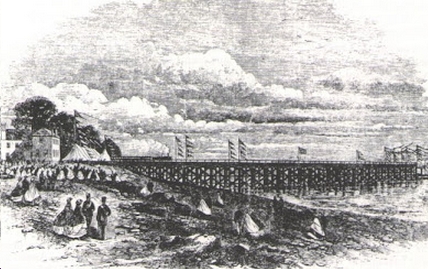 ...at New passage (above) and Black Rock Portskewett (below). 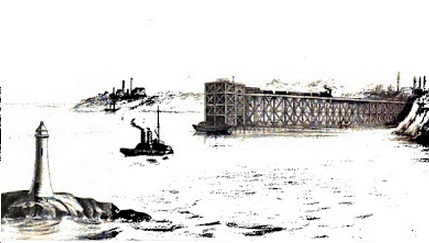 Trains ran along the piers to facilitiate human, animal and freight transfer to the steamers. The lines began as Brunel's broad gauge but, under political and commercial pressure, were later converted to standard.

But fbb has found no pictures of any of these vessels. 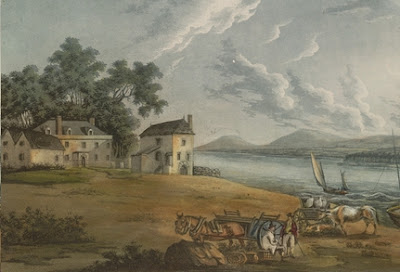 The existing Inn on the Bristol side was substantially rebuilt and enlarged to provide adequate luxury accommodation for those willing to make the unreliable crossing, a journey which usually meant an overnight stop. 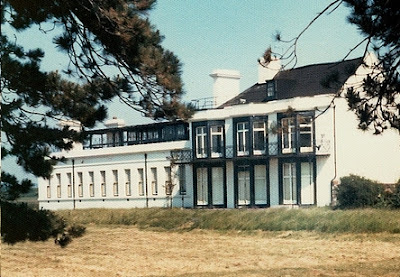 This building was demolished in the late 1970s having been closed in 1973. In 1965 The Gloucester Society for Industrial Archaeology recorded something of its grandeur.

Erroneously the un-named author tells is that the hotel was newly built for the railway rather than extended and adapted.

Little remains of this project. A stub of the pier remains on the English side ... 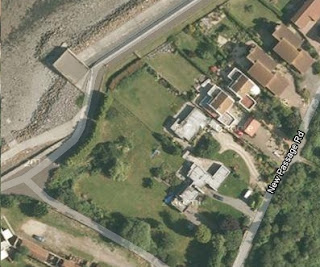 ... and a straight line of trees centre to top left marks the former trackbed in the aerial view below. 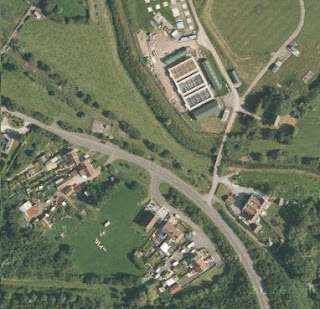 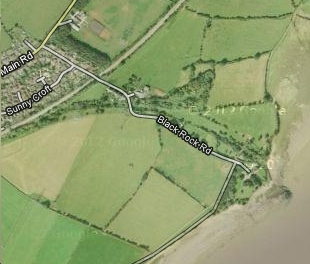 The whole project lasted for a modest 23 years ... 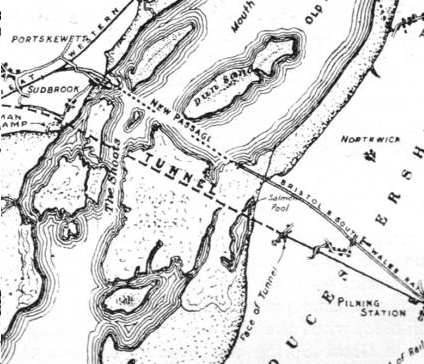 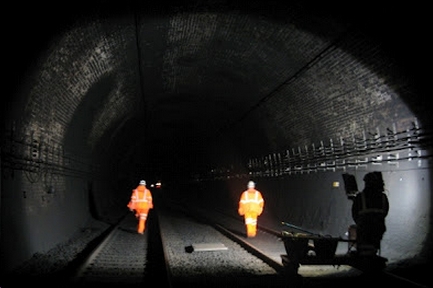 Thus the "new passage" was a passage no more whilst the growth of motoring gave new life to the "old passage" which eventually became the Aust to Beachley car ferry.