Signs of the Times


fbb's journey on Saturday March 31st was from the Isle of Wight to Preston and frankly, it was happily uneventful and a fine example of what our much maligned transport system does best, most of the time. Everything worked out beautifully. 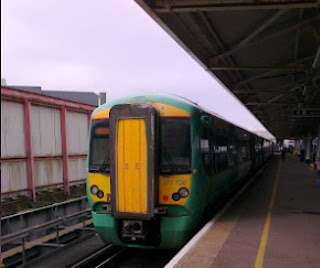 Southern Railway was busy, very busy, from Portsmouth to Victoria. fbb was not handcuffed or threatened with deportment to the Antipodes: sadly, some would say. Bus 73 from Victoria to Euston, no longer populated by bendies, was busy, very busy. 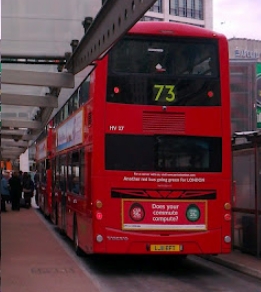 And the 1430 Virgin Trains Pendolino was, you guessed it, busy, very busy. 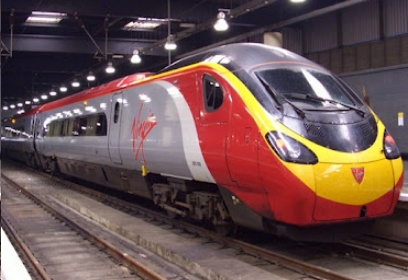 But fbb and the Mrs were able to find seats, reserved or otherwise, and travel in comfort. One mega-moan, however. The seats from Euston to Preston were without window ... 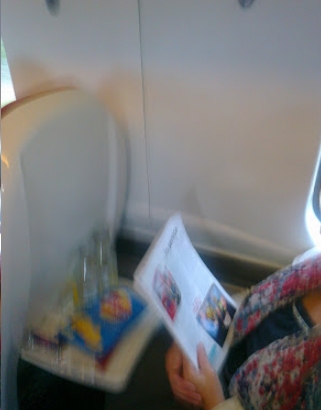 ... thus depriving el chubbo of a view of the glorious high speed journey. Would Messrs Branson and Souter, joint owners of Virgin Trains, appreciate two hours gazing wistfully at a sheet of metal?
There was one slight slowing south of Crewe, but otherwise it was "pedal to the metal" all the way and on time almost to the minute. 158 miles from Euston to Basford Hall, Crewe, at an average of 100.3 mph. That, as they say, is "tanking it"!
With no window to look out of ** ...
Try again! With no window out of which to look, fbb's thoughts turned to signs.
This one at Portsmouth Harbour ...

... but doesn't he train at 23 minutes past run to Bristol and Cardiff? Of course it does, but the computer had forgotten that. But alongside it did tell you ...

... which wasn't much help if you were hoping to travel further westwards with no mention pf any other destinations. Surely someone could do better than this?
Then there was the huge intellectual challenge of using the toilet on Southern's trains. It used to be so simple: "Gentlemen, lift the seat" and "Not while the train is standing at a station". But now ... 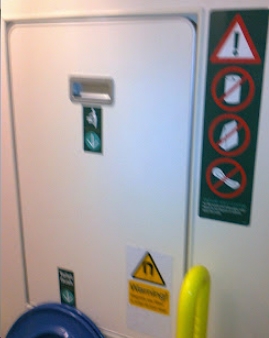 ... beware attacks from rampant magnetism (the yellow sign), always a real and present danger when having a "personal need break". But if you survive being magnetised, you then have to battle your way out of the cubicle ... 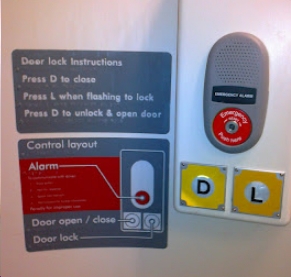 ... without causing utter and reprehensible alarm. Frankly, Mrs fbb usually "doesn't" unless the need is uncontrollably urgent. Strangely the "facilities" on Virgin Trains are similar but the instructions are far less convoluted.
Lunch, by the way, was taken at ... 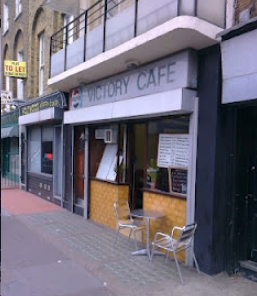 ... the Victory Cafe on Eversholt Street just beside Euston Station. Which revealed another signage delight. 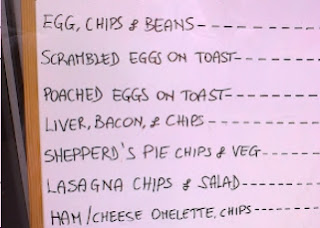 The proprietor was Italian which might explain "Lasagna" above; but really doesn't excuse "Beaked Beans" on the board inside. Despite this minor illiteracy, fbb's sausage, beaked beans & chips and Mrs fbb's mushroom omelette & chips were piping hot and delicious. The accompanying mugs of tea were refreshingly fresh.
In due course, however, we must look at the challenge of getting from Preston Station to fbb's chosen Bed and Breakfast.
Meanwhile, if you are visiting Wantage, why not experience the town's "facilities"; fitted, one fancies, with some kind of time clock controlled ejector seat ...

... the mind boggles!
** For those who might be aghast at the grammatical inexactitude of using a preposition to end a sentence up with, fbb is reminded of this anecdotal gem, supposedly from a teacher to a pupil who has selected an unsuitable volume for classroom use.
"What did you choose that book to be read to out of from for?" Preposition purgatory, indeed! 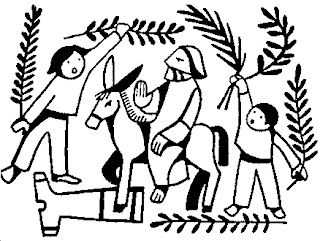 And, talking of "signs" ...
.
History tells us (not fable or myth, by the way, but well-recorded history) that a carpenter-cum-preacher, after three short years of very mixed reception, entered Jerusalem on a humble donkey. Crowds greeted him as a conquering leader, come in peace to take his rightful place as political, religious and military ruler of the Jews. He was the long-expected Messiah!
But they missed the point, didn't they? Because less than a week later the crowd howled for his crucifixion and the release of a terrorist instead.
It is worth considering why this happened.