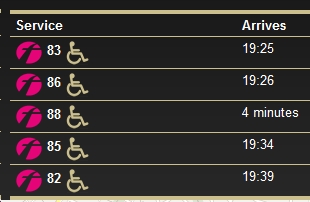 But, anonymous, there are no buses numbered 82 OR 86! And as for the "alighting stop" at Fareham station; ... 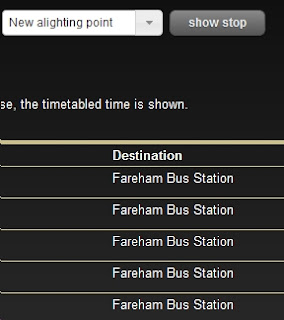 ... it shows a destination that you can't reach because you aren't allowed to get on the bus at all.
.
Real time working now? Is ALL this on-line information available at ALL the stops listed on the web site? True, the real times for busway routes E1  and E2 seemed much better. 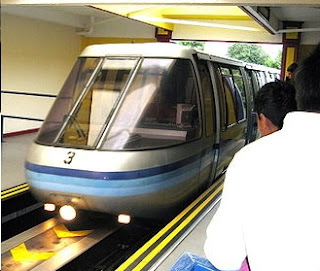 ... where the train is, and always has been, driverless. Similarly there's Gatwick Airport ...

... where the shuttle between south and north terminals is equally driverless but equally above terra firma. 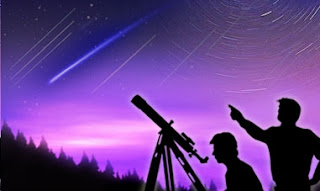 ... but not one of these. Météor was the acronym for the first completely new Paris Metro line since 1935. The full title was MÉTro Est-Ouest Rapide; a clever contrivance, but subsequently dropped in favout of the more prosaic "Ligne 14". 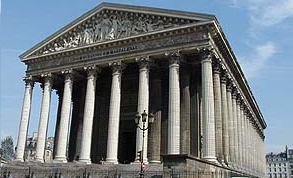 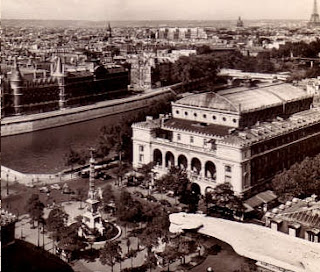 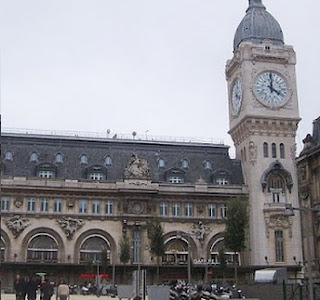 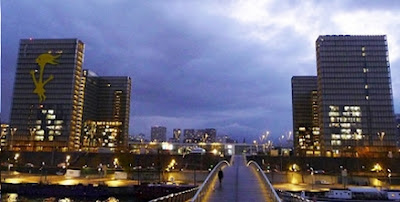 Sadly, of course, the line is totally underground, including the depot, so the metro gnomes cannot see the sights.

The line is completely automatic with no drivers or other staff on the train. Despite the comments quoted in yesterday's blog, there has been no significant outpouring of fear and panic because of the lack of a "conducteur". It is, however, true that in the early days the front seats, with a clear view of the track ahead, ... 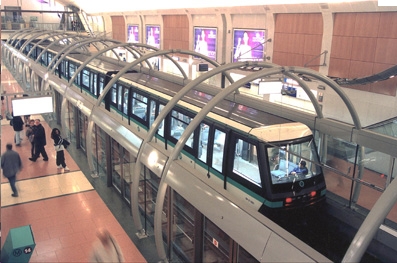 ... were eschewed by older Parisians. The front block of six seats was, nevertheless, very popular with the Paris "jeunesse". fbb was able to ride the line soon after opening and the experience was decidedly underwhelming. Driverlessness seemed utterly natural and thoroughly relaxing. The trains are fast and a seat at the front offers very spectacular views. A 9 minute Video can be seen (here) if you like pictures of black tunnels videoed whilst facing backwards! 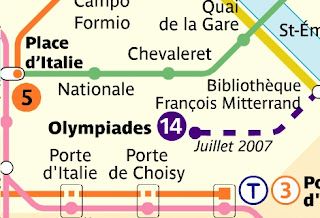 ... to Olympiades. A further extension north is approved and in progress. 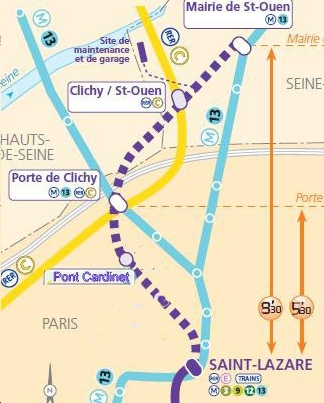 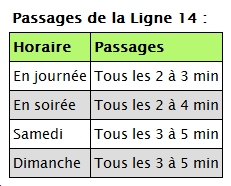 The line has not been completely trouble free with occasional electronics failures being the most annoyingly obvious. For example, if s set of platform doors won't work, fail safe technology can, under certain circumstances, shut down the whole line. But it has proved very safe indeed, celebrating its tenth anniversary in 2009. 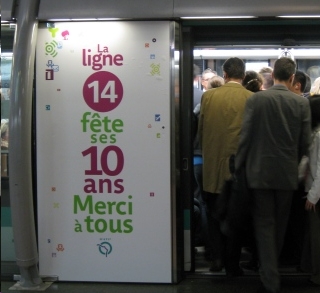 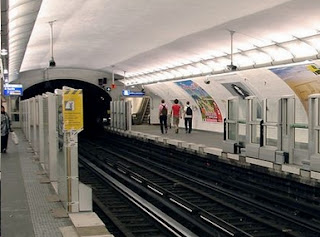 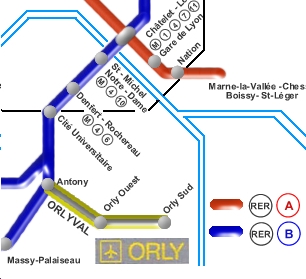 P.S. The automatic and driverless "Orlyval" between Antony on RER line "B" ... 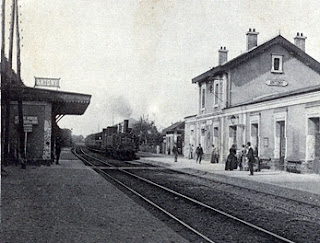 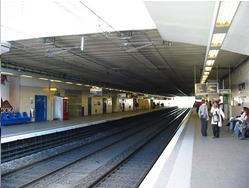 ... and Orly airport was the first such service in the Paris region. It opened in October 1991, but it's not underground! 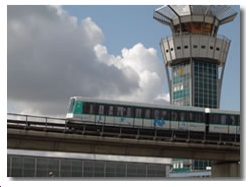 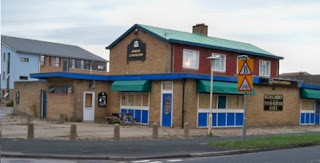 Is that anywhere near Fareham bus station? The pub is reported as having  closed down, anyway. fbb is checking.

Next Blog : Friday 26th April
Posted by fatbusbloke at 03:32