Travails with Traveline's Trail to Tollcross 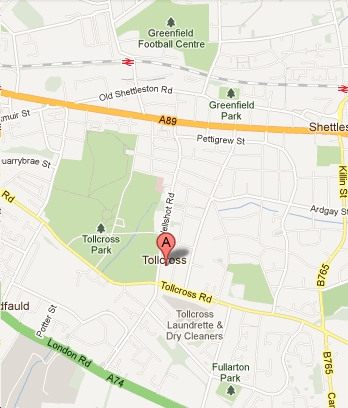 fbb, who is on the Isle of Wight, has been asked by Jean, who is on Orkney, to advise on the best bus to catch from Buchanan bus station, which is in central Glasgow, to Tollcross, which isn't! See Phone a Far-Flung Friend [1] (read again)

So, ever obedient to commentators and correspondents who think Traveline is wonderful/useful/OK, fbb asks the oracle:- 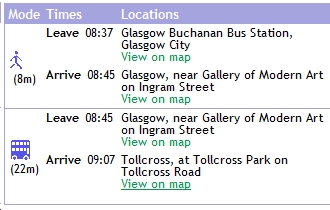 Sounds plausible, walk to Ingram Street and catch service 255, given Glasgow's multifarious bus departure locations. It does seem quite a long way, i.e. from Buchanan bus station (top centre) to the Gallery of Modern Art (bottom left) as on this Google Map extract. 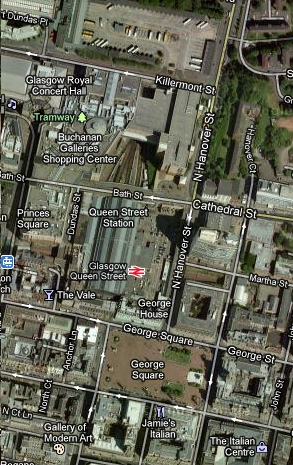 Of course you could enjoy the delights of the Buchanan Shopping Galleries, Queen Street Station and Glasgow's centrepiece George Square on the way. fbb's guess is that Jean would be more than anxious for an uninterrupted itinerary.

But the ever suspicious fbb suspects a whiff of an odoriferous rodent. 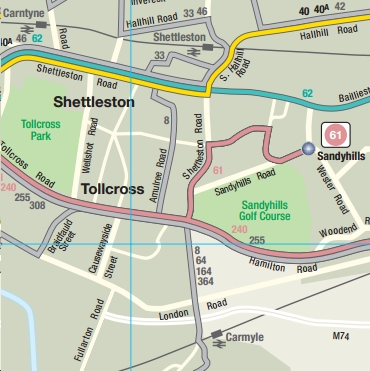 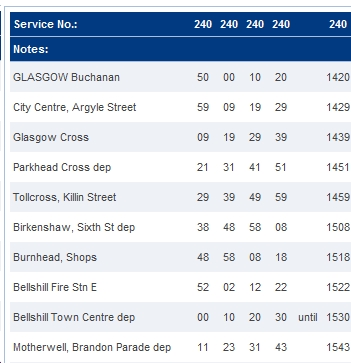 But, dear reader, you may have spotted that the 240 and the 255 both start from Buchanan bus station; so why does Traveline tell you to walk for a totally unnecessary 8 minutes to the Gallery of Modern Art on Ingram Street?

Who knows?
.
For the record, the 61 is also a frequent service, ex Glasgow Corporation running every 12 minutes Monday to Saturday daytime, but it definitely does not serve Buchanan bus station. Mind you, there are stops nearer than Ingram Street!

And who knows where Tollcross is? Various sources offer a variety of locations. 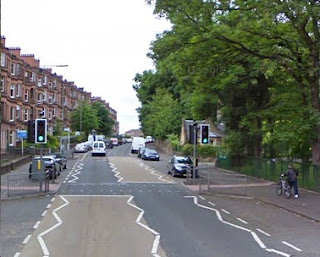 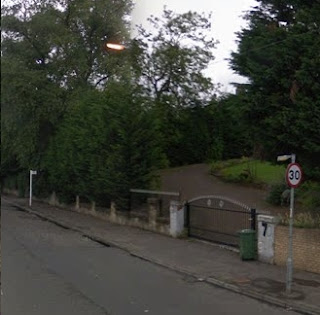 Traveline all stops list
Tollcross Park (as above) plus a few more! 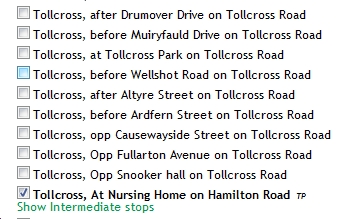 fbb's offer for the "centre" of Tollcross
none of the obvious offerings, rather: Tollcross after Altyre Street ... 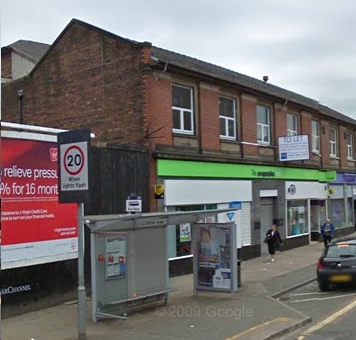 ... conveniently paced near the Co-op!

Fortunately, Google Maps marks the Nursing Home (middle right); it is some considerable distance from any stop that a "normal" Glaswegan would call "Tollcross", but ... 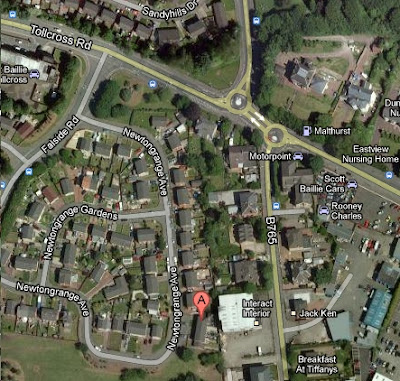 ... the aerial view also shows a stop near the top of Falside Road (top left) which leads onto Newtongrange Avenue.

Reference back to Traveline's stop list gives us a name; "Tollcross Opp Snooker Hall on Hamilton Road" and the ever helpful Streetview shows this shelter ... 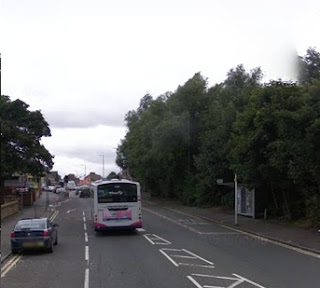 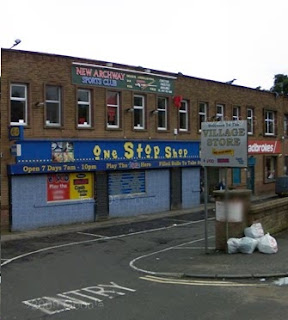 Jean's original question:-
"What is the best way to get from Buchanan bus station to Newtongrange Avenue, Tollcross?" 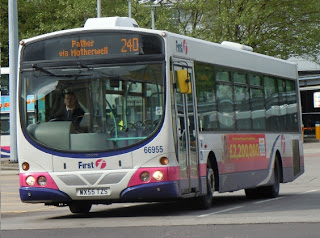 fbb's answer:-
"From the bus station, catch a 240 bus, every 10 minutes, and get off at Tollcross Snooker Hall, near the end of Falside Road"

Eureka again, assuming First's driver knows where the stop is and what it is called!

But without a doubt, don't rely on Traveline's journey planner!

Having just completed several hours (?) of dutiful and sweaty research, fbb received a second e-mail from Jean, "Don't worry, they're coming by car to pick me up at Buchanan."

Next blog : Tuesday 10th April
Posted by fatbusbloke at 00:46