Take a Potter to the Otter ...

... but not one of these
(who is obviously enjoying a typical fbb blog) ... 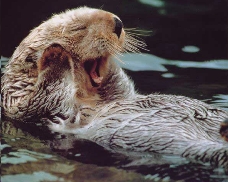 ... but the River Otter, which rises in the Blackdown Hills in Dorset, flows through Honiton and Ottery St Mary and joins the sea at Budleigh Salterton. The first "modern" public transport to serve the Otter Vale as such was the railway branch to Sidmouth. The railway was not greatly welcomed by the local big cheeses, who wanted to discourage day trippers. So the line terminated a mile from the sea front, as seen here in Victorian times.  Carriages are lined up to transport the wealthy clients to their summer residences or to "select" hotels. 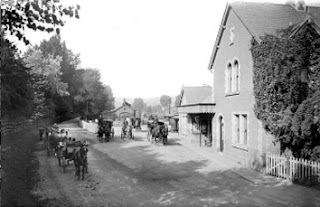 For railway explorers, the station is almost completely intact, having be used by various businesses since the line closed in March 1967. 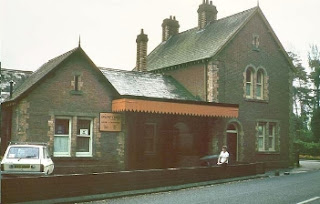 The line was never as busy as some of the West Country branches, but offered a modest service to to the intermediate stations at Ottery St Mary, Newton Poppleford and Tipton St John. For the record, a second branch from the branch ran from Tipton St John via Budleigh Salterton to Exmouth.

fbb picks up the story with a recent stay in Sidmouth. While Mrs fbb enjoyed the Sidmouth shopping experience, fbb was given day release for a bus ride.  He chose the service which, effectively, replaces the train. When fbb travelled about 12 months ago, route 382 was in the hands of Stagecoach, having taken over Cook's Coaches, seen here leaving Sidmouth Triangle. 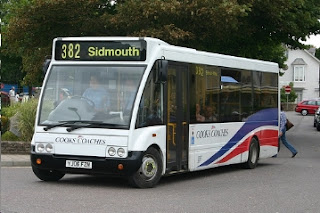 Stagecoach has pulled out of (lost the tender contract?) many of the former Cook's routes and the 382 is run by a rapdily expanding Dorset-based company, Hatch Green Coaches. 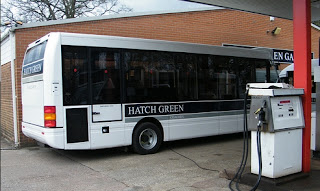 The timetable is little changed since the Cook's/Stagecoach tenure. The buses run reasonably directly to Ottery, then perform a rural loop via Feniton** and Whimple. 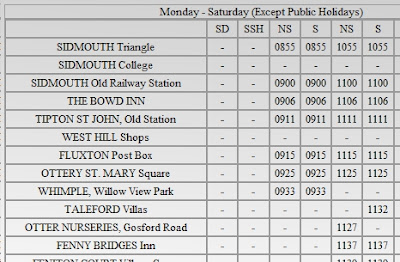 Note the Saturday only journey via Taleford.

As buses on route 382 approach Ottery, they pass the Finnimore Industrial Estate, built on the site of the former station. 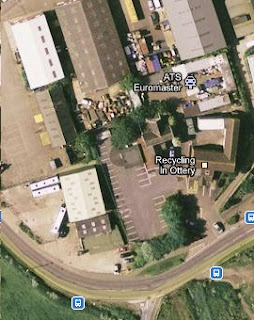 But look closely, and just above the "Recycling in Ottery" label, you can see the former station building, still extant and in use! 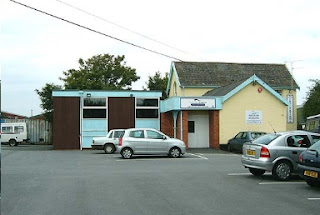 Compare above with the view below from about the same angle taken in 1907. 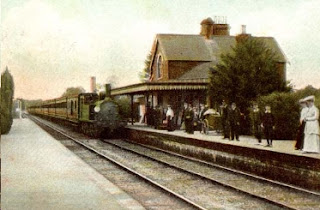 Ottery is a pleasant little town, but fbb did not have time to stop and enjoy as his mission (and Mrs fbb's permission) was for a round trip straight back to Sidmouth! The driver was very friendly, ex Cook's, stopping at one point to buy a dozen eggs from a farm. Another unscheduled stop was outside a Public Convenience, "I suffer from haemorrhoids," excused the man up front. 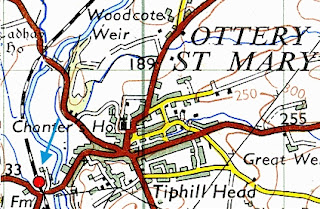 fbb's trip was via Taleford which took him up the narrow lane, over the former crossing in the top left of the map. There is little sign of the old track bed, it having been ploughed into nearby fields. But over a couple of bridges (River Otter and former mill race) appears a small cottage ... 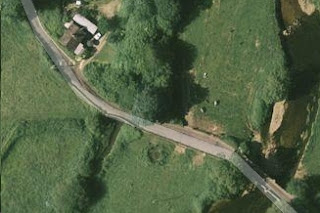 ... and in the hedge next to what was, indeed, the crossing keeper's cottage (above, top left) ... 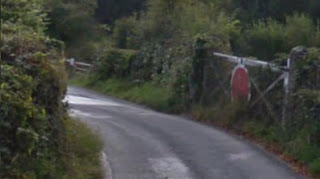 ... are the original level crossing gates, apparently in good order but now only guarding the road from ghost trains to Sidmouth. The gates were last in use 44 years ago! It was known as Cadhay Crossing as in this track and signal diagram:- 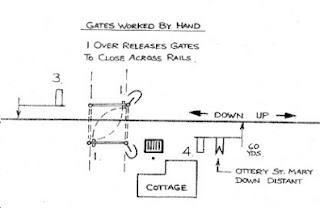 And people often wonder why we enthusiasts are enthusiastic. It's little delights like this that fascinate the old and chubby one. 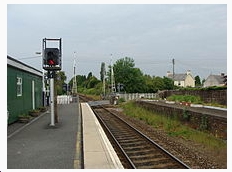 ... as here in the track diagram in its heydey, the level crossing is to the right of the plan. 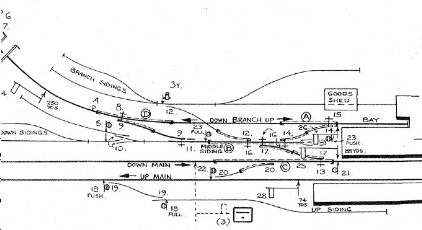 Heyho, you're getting old, fbb!

Next blog : due Saturday July 2nd
Posted by fatbusbloke at 06:56