... but only as far as the School Gates. 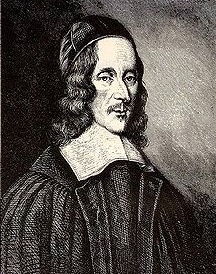 George Herbert, after a life in the political and academic fast lane, took "Holy Orders" and became priest in the parish of Bemerton with Fugglestone located between the towns of Salisbury and Wilton. This was in 1633.  He is, probably, best remembered for his hymn "Let all the World in Ev'ry Corner Sing" but he was also a "metaphysical" poet of some standing. He was already in poor health when the moved to St Andrew's Bemerton ... 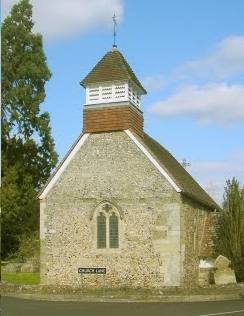 ... and he died three years later.
After World War 2, Salisbury council began developing a large housing estate on and around Bemerton Heath, rising ground that lay between the Wilton and Devizes Roads, west of the City Centre. As recently as 2006, the services to Bemerton Heath were simplified and branded "Pulseline" ... 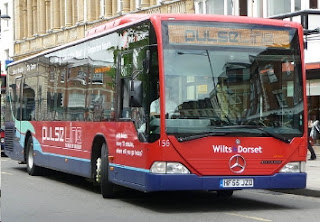 ... running cross-city every 10 minutes to the District Hospital with hourly journeys extended to villages further south. In March 2010 the route became Red 1, part of a rebranding of most City routes. 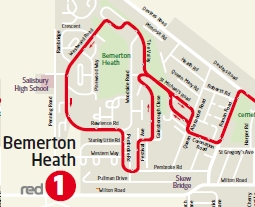 On a damp Wednesday afternoon, at 1400, fbb took a trip to Bemerton Heath. See also "Journeys, How to Prepare 'Em" (read again). The 10 minute frequency still applies and all buses were comfortably loaded, into and out of the City. As part of various upgrades, shiny new bus shelters with next bus departure screens had been installed.  Some (less busy?) stops had truncated departure screen in the stop "flag". 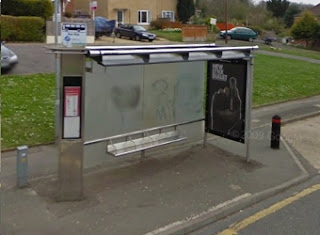 Here things were disappointingly poor. On about 50% of the shelters the "next bus" displays were missing; removed, vandalised or just plain busted!  Depsite there being plenty of (unvandalised) display space, there was no printed timetable information at all at most stops. fbb "stepped back" to the following bus at the Salisbury High School stop ...

... now, Salisbury "Red" cartographers please note, itself rebranded!Apparently, according to Mr Cleggeron, if we rebrand a school as an academy, with a whizzo new logo in trendy colors, exam results will improve beyond belief.

Here, as well as a missing dot matrix box, there was a very faded departure list, with wrong times, for the previous (Pulseline) service. Further along Westwood Road, one stop flag still proudly promoted its now non-existent Pulseline heritage. 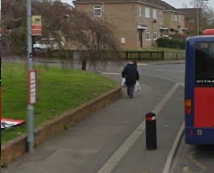 The whole experience was good in one sense; good vehicles, good frequency and good loads, but ... 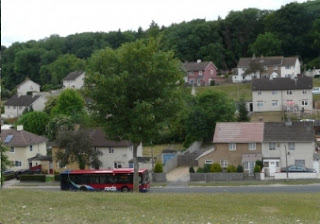 ... what is the point of promoting a quality brand, investing in quality vehicles and improved infrastructure if neither the will nor the money is available to maintain the standards? It is inexcusable not to have timetable information at the stops, especially as facilities exist for display. fbb does not know whether this is a W&D inadequacy or a lack of political will or the City's penniless purse, but -

Next blog : due Wednesday July 13th
Posted by fatbusbloke at 05:55