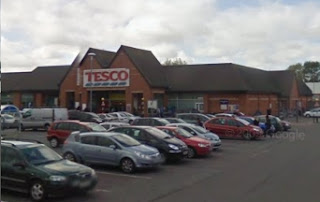 ... prepares to return from Tesco Gaywood to her cosy little cottage in Foxes Lane just across the River Great Ouse from the town centre. If she were less burdened she might find her way ... 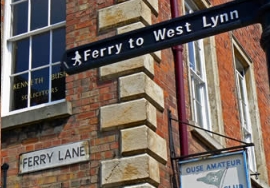 ... back on the little boat that has brought her across the water.  The ferry has been in operation for at least 700 years and still runs 7 days a week, generally during daylight hours. 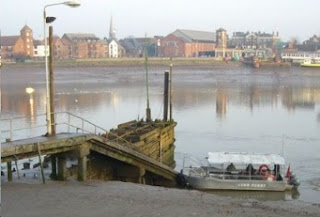 But, unwilling to stagger up steep ramps with several sacks of shopping, she takes out her Blackberry and seeks assistance from the aforementioned Traveline East Anglia.  Hurray, there's a bus ...

... but, apparently, even worse than the little boat, you need to walk at least 15 minutes from Clenchwarton Road, here ... 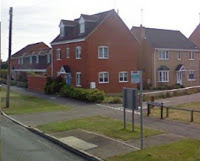 ... to the door of her comfy little pad. But, as usual (here we go again) fbb knows better. Now, according to Traveline, route 5 terminates at Clenchwarton, Jubilee Bank.

Two little problems with that. Firstly, Jubilee Bank is nowhere near Clenchwarton, as shown by this Google map. 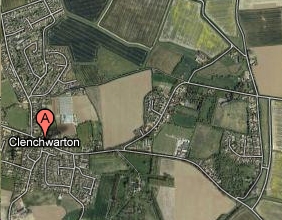 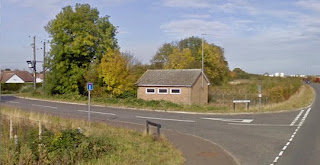 The second, clearly insignificant, problem is the service 5 does NOT terminate at Jubilee Bank. fbb knows (but Traveline doesn't) that the service 5 continues clockwise round a fairly hefty loop ... 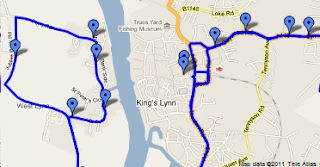 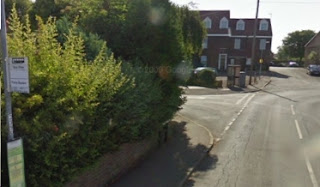 ... at the end of Foxes Lane, here on the left. Hardly any peregrination for Lynn. The ferry, incidentally, would have dropped her near the furthest car parked at the end of the "straight on" road.  So Lynn doesn't have to walk at all. Here's how the timetable should be shown:- 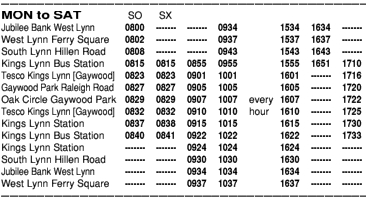 Notice the repeat of a West Lynn line at the bottom. Simple when you take the trouble to think. For the record, fbb has NEVER visited King's Lynn, but can read a map and can read a timetable even if it's wrong. Perhaps Traveline East Anglia should learn these skills. fbb is available for extra tuition at highly immodest fees.

And, at the risk of prolonging the agony, the lads at Traveline think THIS is the Sunday Timetable on NG's service 3.

But it isn't; so no surpise there. What company would run only a couple of trips on a Sunday morning? Maybe lots of folk rush to services in a church at North Wootton? Alas, no. fbb brings you the correct, hourly service. 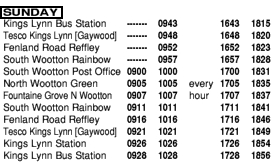 And back to service 5, just to cap it all, Norfolk Green its very self doesn't admit that its own buses run round the loop at West Lynn either! Foolishly they copy Traveline, as in this extract. 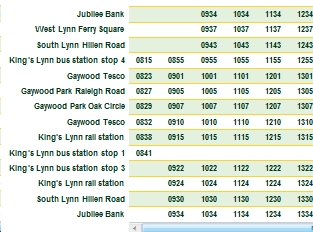 And fiinally, fbb guesses that you have worked out that the imaginary Lynn West is an equally imaginary resident of - West Lynn. All other details are, however, correct and not imaginary at all.

Would that they were imaginary, just a very bad dream, and the public could be told accurately and reliably where and when their buses ran.  Traveline AND Norfolk Green please note.

Next blog : due Tuesday July 12th
Posted by fatbusbloke at 06:45