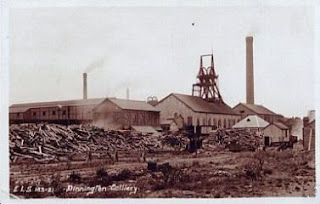 ... when the colliery opened. This caused the population to expand by a factor of 20 times between the 1901 and 1911 censuses. Like most villages nearby, expansion to house "commuters" for Sheffield and Rotherham ensured that the village continued to grow.  But in 1992 the colliery closed with the loss off 1000 jobs and the consequent decline of the economic health of the community.
Sheffield Transport (correctly, Sheffield Joint Omnibus Committee) and Rotherham Corporation ran to Dinnington, as did long-standing independent Wigmores ... 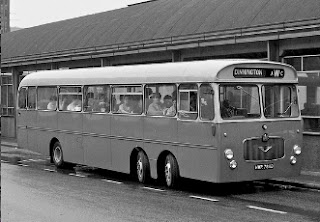 ... being the operator of this Bedford VAL, rare in South Yorkshire, on its sole route from Sheffield. The company refused to sell out when South Yorkshire PTE set about buying up all independents in the area, but finally succumbed to a change of ownership as Northern Bus. After rapid growth in the deregulation era, this company fizzled out and "Wiggy's" route became subsumed into various Sheffield service reorganisations. 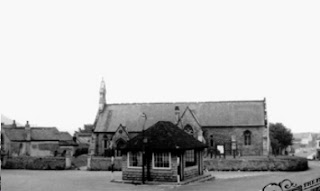 The village terminus was at St Leonard's Church, where buses lurked at the distinctive shelter in the middle of the road.  The picture below shows Wiggy in a queue of competitive SYT deckers, waiting to get onto the stand! 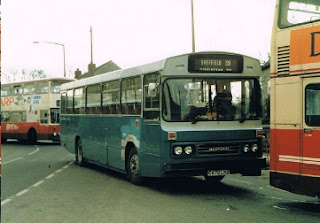 Rotherham's route was joint with East Midland and part of the service continued to Worksop; a total of 12 miles, making it one of the longest routes operated by a municpal bus undertaking.  In the mid 60s, the fare was 2/9d and you received a string of 11 "Ultimate" 3d tickets for the privilege ... 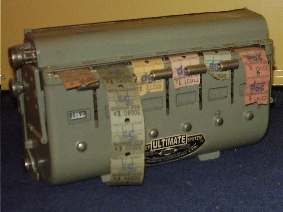 ... as Rotherham had no higher ticket denomination than 3d. 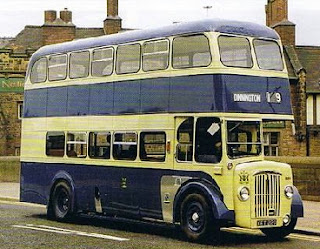 O.K. fbb confesses, it's a fudged fake foto; but it was such a superb picture of a preserved and beautifully restored dishy daimler, it just had to be included. 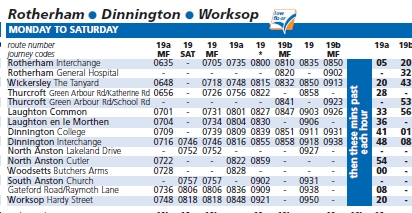 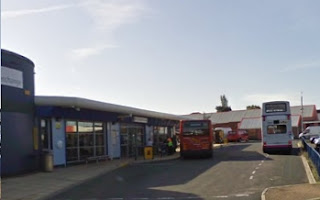 ... and the original shelter at the church is replaced with open seating and a tree or two as part of a road reshaping scheme. Somehow it's not the same. The church is behind and to the right of the photographer who stands roughly where the queue of competitive buses was standing in the photo above. 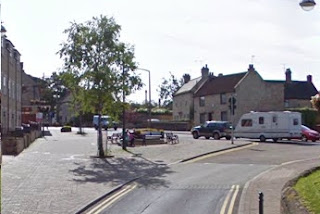 Bet you are wondering where Doncaster comes in? Of course you are.

This series of blogs will (eventually!!) be about the other East Midland service to run into Dinnington, namely the 18 from Doncaster. fbb does not consider himself an expert on Doncaster centred routes; but, as we shall see, the modern version presents the interested outsider with some classic comprehension conundrums.