... on Saturday the Sixteenth,
or Sunday the Seventeenth.


En route to Wantage, fbb and Mrs fbb were approaching Southampton aboard the Red Flannel ferry when the master, the big cheese himself, came onto the loudspeakers to inform us of a record breaking event. There were, he announced with due English reserve, SIX cruise boats parked (docked?) in Southampton. Here is a picture of four of them ... 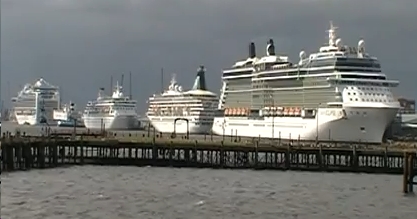 The photo shows from left to right: Grand Princess, some cargo ship, Balmoral, Artania and Celebrity Eclipse. At 0930 fbb ran up to the open deck but the problem was more to do with seeing Southampton, let alone parked cruise ships. The all-pervading foggy drizzle somewhat spoiled the spectacle! The weather improved later.
fbb is indebted to Alan, a dedicated blog reader, for supplying details, U-Tube link and photographs.
Grand Princess berth 38/9 QE2 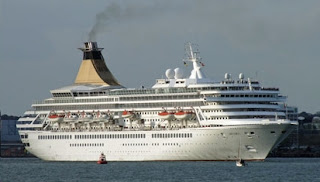 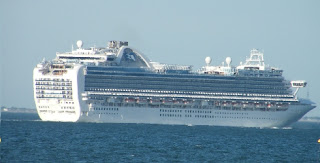 More than 33,500 passengers in total were handled over the weekend.

fbb and Mrs fbb share with Billy Connolly a less than overt enthusiasm for the idea of cruising. 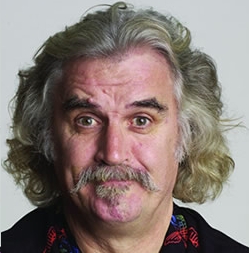 "The Big Yin" described the experience as like "being in prison with the added option of drowning".

But clearly 33,500 good folk were either leaving or joining their imprisonment over the weekend of 16th and 17th July with substantially more enthusiasm. Perhaps imprisonment is a little unfair; fbb doubts whether Her Majesty's hotels can offer luxury like this. On "Grand Princess", in addition to SIX different restaurants you can "snack" at any time, anywhere ... 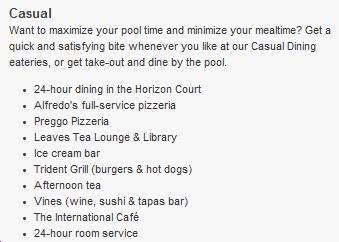 Now that's a real problem for fbb when travelling with Red Flannel. The full cooked breakfast is scrumptious but the chubby one simply cannot "maximise his pool time". Very sad.

On second thoughts, fbb MIGHT (just!) be able to slum it in a stateroom with balcony; in the interests of internet journalism, of course. 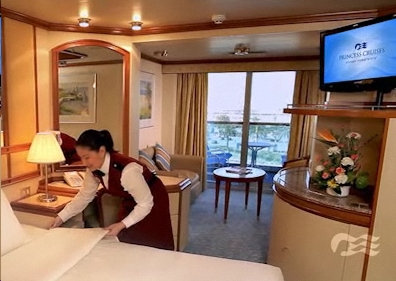 All donations gratefully accepted. There would be plenty to blog about.

The "four together" picture at the top of the blog is by courtesy of U-Tube; view the video here