The Madhouse at Woodhouse [1]

How bus routes get into such a mess.
See "A Lesson for Little David" (read again).

The industrial revolution turned the tiny farming village of Handsworth into a busy and bustling suburb of the rapidly expanding steel city of Sheffield.

Thus it was that frequent public transport reached Finchwell Road Handsworth in 1909 [top left of map, above]; here, some years later, a tram waiting outside the Norfolk Hotel to return to the city centre ... 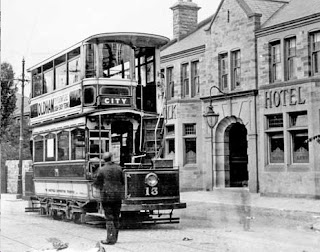 ... but things have changed a bit since! The pub is now a Nursery School. 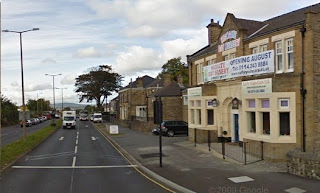 The route was extended to Orgrave Lane on 7th September 1934 [road fork, centre right, on map], this tram seen near to Handsworth Church, just a short distance from the terminus.

On 5th May 1957 the trams were replaced by the route 52 bus, at the same time extended into the recently completed Ballifield Estate.

There is plenty of "disappeared" history there:-
Anne Booth, (b1579), daughter of John Booth married Thomas Stacye of Ballifield, on 18th May, 1597 at Handsworth; she brought considerable property to her husband.
Ballifield Hall is the seat of John Jubb Esq (1757 to 1832), in the township and parish of Handsworth; 4 miles from Sheffield; 5 from Rotherham. 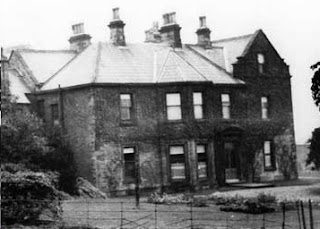 Ballifield Hall was eventually bought in 1950 by Sheffield Corporation and used as a home for the elderly.

The hall can be glimpsed on the far right of the map of  Handsworth, above.

At some stage the old building was demolished but the name is retained by the rather bland (1950s?) replacement, providing, over the years, various residential facilities for the city's social services department. 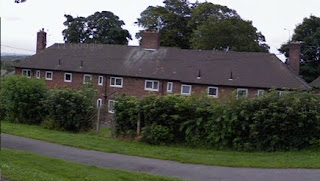 Additional sheltered housing has been added behind this block; its access road being Malon Way, 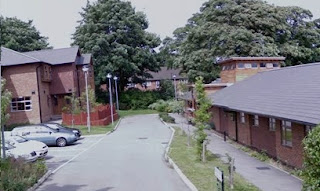 named (but spelled incorrectly) after Mahlon Stacye (note the "h") of Ballified Hall, who emigrated to America in c1673 and was instrumental in the founding of Trenton, New Jersey.

In the mid 1950s a new estate was developed in and around the grounds of the former "pile" ... 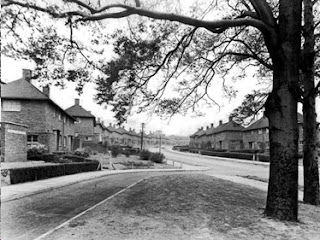 ... and thus the new service 52 bus turned here via a clockwise loop as shown in this 1960 map. Detailed timetables show a varied pattern of working, usually with half the buses turning at Handsworth; the rest continuing to Ballifield. An occasional journey diverted, at shift times, to the service 25 terminus at Orgreave for colliery workers. 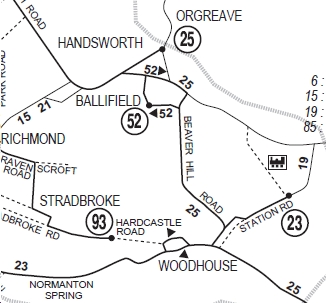 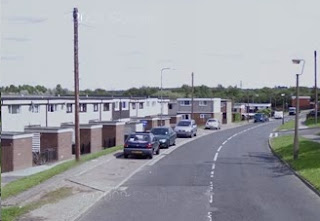 It might have been better if the extended service 52 had shown "Woodhouse Station" on the blinds; but in 1964 there was no need for such niceties as the only other terminating route in "Woodhouse", namely service 23, also turned at the Station. Even if it wasn't properly Woodhouse (village) both routes ran to the same place. In the sixties Woodhouse terminus was the station. 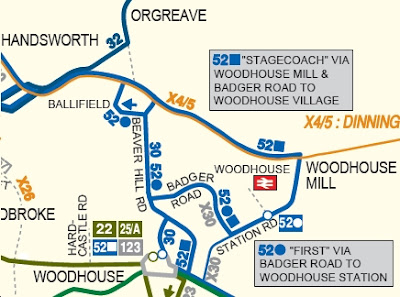 It was post-deregulation competition that made things a little more complicated. Yorkshire Terrier (later part of Yorkshire Traction and thus taken over by Stagecoach) started their version of the 52 inn 1989. It ran as normal to Handsworth, then via Retford Road, Woodhouse Mill, Woodhouse Station and Badger Road to Woodhouse Village. Here is a "Terrier" 52 at the other end of its competing route, in Crookes. 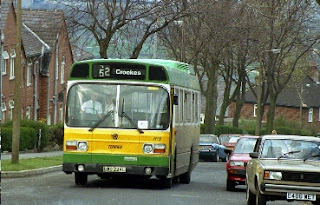 In 2005, for example, Travel South Yorkshire showed both 52s on one composite timetable. A reasonable effort, but still somewhat confusing without different route numbers. Sadly the map was not particularly helpful with just a small asterisk identifying "some journeys" via Woodhouse Mill. 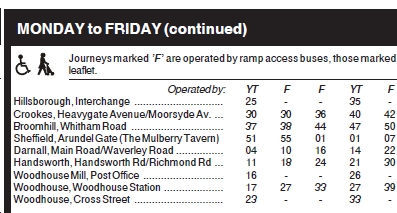 YT is Yorkshire Terrier (or Yorkshire Traction), F is, of course, First Bus.

15 years later we still have two routes in Woodhouse, with the same number and going different ways and terminating at different places, both called Woodhouse.
But more of the 23, and even more confusion in part 2, coming to a computer near you, SOON.

P.S. Handsworth's most famous son is actor Sean Bean (is that "seen been" or "shorn born"? Don't bother to reply!) 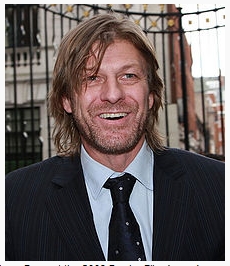 I wonder whether he uses either of the 52s when he is visiting his parents? Probably not.
Next blog : due Friday July 29th
Posted by fatbusbloke at 01:52