A Lesson for Little David


I know you don't get out much, on the buses, because you have lots of expensive toys to play with, and lots of friends to help you, in your big, big house on Broad Lane right in the middle of the big, big city. But I think I might be able to help you. It's not easy and you will have to concentrate really, really hard. So lets start with the difficult bit; your map. 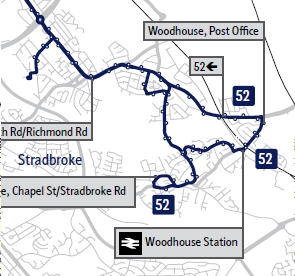 
Now you might not know this, because your nice blue and white leaflet doesn't tell you on its pretty cover, 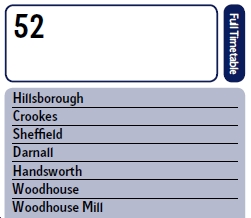 but you  have TWO bus routes with the same number at Woodhouse; but they go different ways. Sadly, your map shows both routes all jumbled up. It's a mess, isn't it?

Actually, if you are very clever and know your way around Woodhouse, or if you have a grown-up to help you, the leaflet does tell you; but its just too difficult for most people.

And anyway, these lists are all wrong as well. You don't seem to have much idea where the city centre is! So let's start slowly and carefully!

Here is a picture of Badger Road (that's the wiggly road to the left of Woodhouse Station; it would be so much easier if you had some road names on your lovely maps), looking westwards with a 52 going to the city centre. 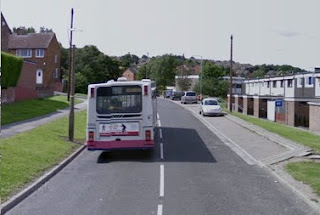 And here is Badger Road again, still looking westwards and still with a No. 52 bus. But this one is NOT going to the City Centre. It's going to Woodhouse Chapel Street. It's a different colour but it's still a 52. 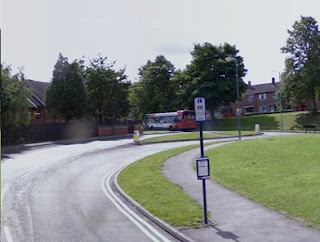 So, 52s going along the same road in the same direction but going to different places. I did say it wasn't easy. Here is the 52 with the red back end at Chapel Street in Woodhouse Village. 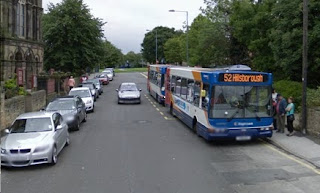 In the trees behind the bus is the Co-op shop. 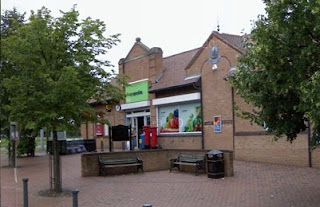 And in the Co-op shop is Woodhouse Post Office. You can see the letter boxes outside the door. Which makes your timetable leaflet a bit strange. [You might have to click on the image to make it big enough to read.]

Because it says that some buses start at Woodhouse Post Office and after 5 or 6 minutes have managed to travel about 150 yards down the road to Chapel Street. They must be going very very slowly.

But if that is true, then there's something very wrong with the map. You've put Woodhouse Post Office about a mile away from where it really is. Oh dear. I wonder what should be where that label is? 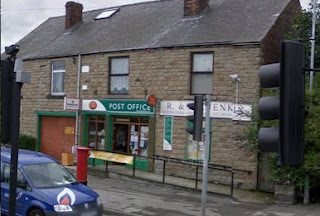 Editorial Note : the use of the name "David" in this blog is purely an artistic convenience. It has absolutely nothing to do with the fact that the Director General of South Yorkshire Passenger Transport Executive is called David Brown.
Posted by fatbusbloke at 05:59