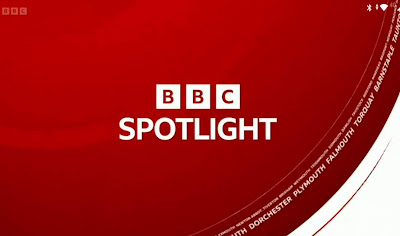 One of the problems with BBC television is that, as far as fbb can tell, the lunchtime news which should run from 1300 to 1330 seems often to be dramatically curtailed. Some might opine that fbb has oft nodded off, but surely he is not old enough to examine the inside of the eyelids during the day? Yesterday fbb became suddenly aware of an item on Spotlight ....
... or maybe is was just a dream! 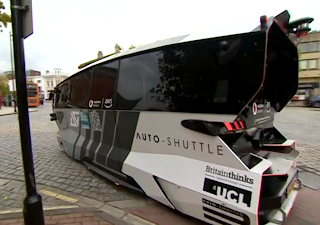 Whatever it was, your bleary eyed blogger just caught the name "Taunton"/ (Spotlight is the local news programme for the West of England). Regaining something of his "sang chaud", the old bloke quickly turned to his confuser and searched for "new buses at Taunton".
And there was this item. 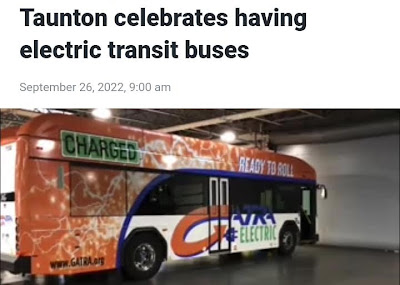 But it did not look right for Buses of Somerset's depot in the eponymous county town. And the bus looked weird and differently weirs from the "thing" glimpse on the telly. 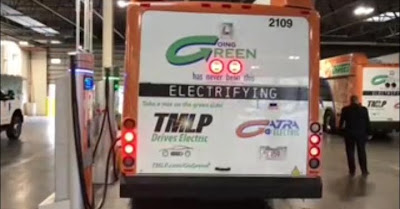 Aha! It's a different Taunton, innit? 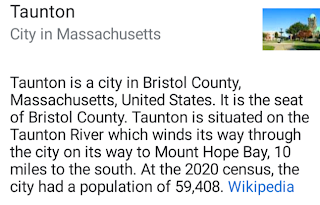 Whilst the snap below could just be the River Tone ... 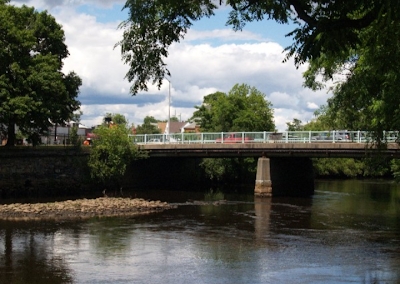 ... the court house would not be apparent in "our" Taunton. 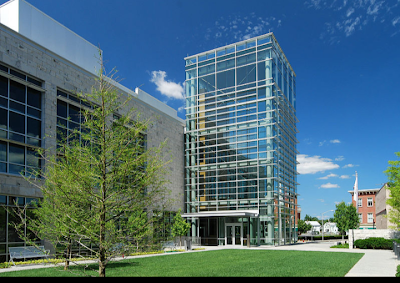 By now fbb was fully alert and bursting with excitement at the original picture. A more careful perusal of the interwebnet solved the problem. 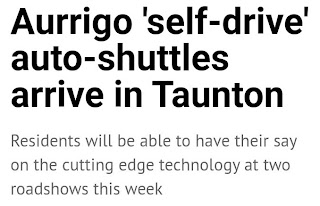 The spotlight presenter (fbb re-watched the news item on i-player) was anxious to explain that the bus carried an "attendant" but, at no stage was their convincing proof that it actually ran in "self drive£ mode. Yes, you are right, they mean "autonomous"! 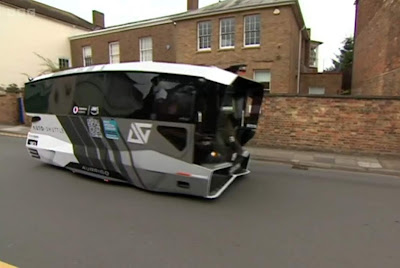 It really IS plug-ugly! Even the TV reporter suggested it looked a bit like a road sweeper/
But Taunton is third on the list for the show-off. It has previously been in Solihull and YouTube has a video of operation in Cambridge.The company has a web site which doesn't tell you much except how innovative, wonderful and "green" they are. 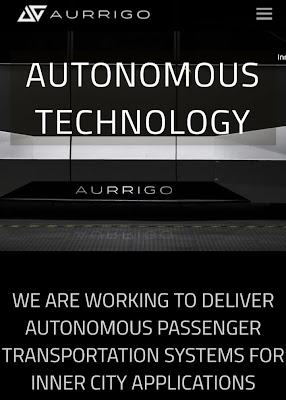 Of course they are!
Bet its VERY expensive!
There's A Bit Of A Buzz from Bees In Manchester. As there was in the past.
Then they buzzed way back when. It started with "bread vans" ... 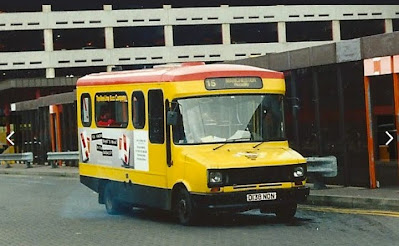 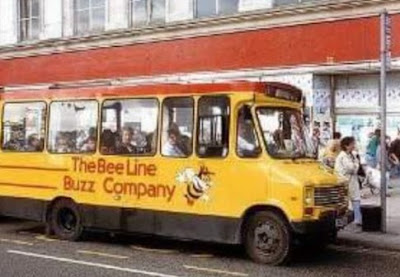 ... and they even had a few double deckers! 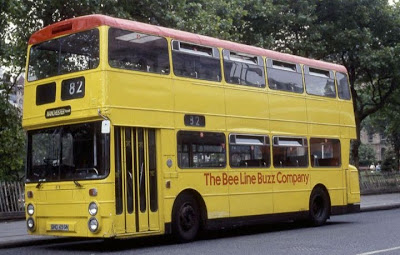 Beeline Buzz soon buzzed off.
A coach company, domiciled at Lympne in Kent was called Buzzlines ... 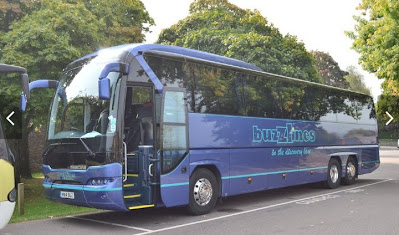 ... Although it went into liquidation in 019.
But he broad BEE concept is set to return to Manchester c/o Mayor Andy Burnham. He has unveiled the first of a fleet of buses which, under the "Bee" brand, will revolutionise bus travel in Greater Manchester. 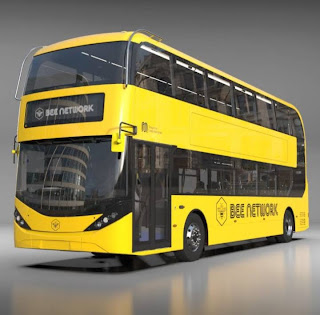 These buses will arrive next year for the first public demonstration of the new-look network; if young Andy can persuade someone to give him oodles of cash to run it! 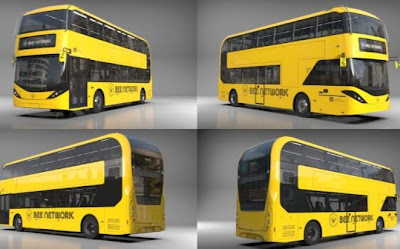 If the concept and the colour seem vaguely familiar, you only have to go left a bit and see Steve Rotheram's new bud launch in Liverpool - the originally named "metro". 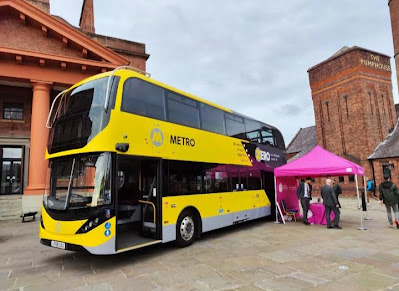 Perhaps Steve and Andy have designs on a break-away People's Elected Republic of Southern Independent Lancashire - or PERSIL for short!
Mixed Emotions Nostalgia Google dredged this picture up from somewher - fbb cannot remember where, It shown No 1 son (now 47) holding No 3 son tightly, with the late No 2 son planning his next escapade. The folding chairs are in the back "garden" of their residence in Upper Fulwood, Sheffield.
Fellowship Meeting Month
Two bits of quiz. Both reasonably easy. Here is part one:- 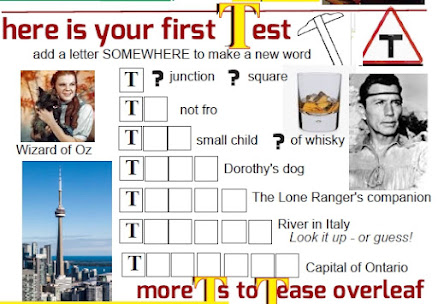 What's Going On
A mysterious Saturday timetable from SH - You Know Where. 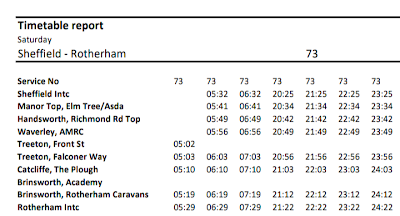 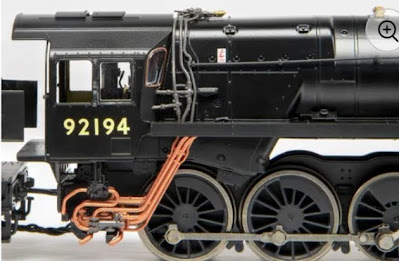 A new loco from Hornby. It is magnificent in every way! 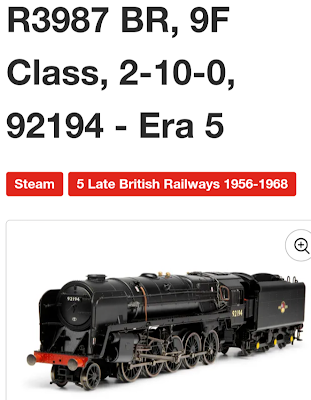 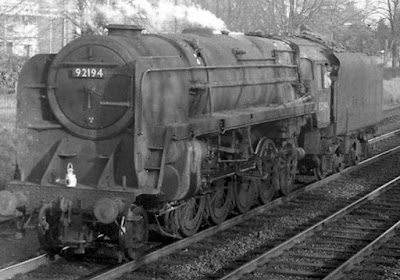 For those of you who remember the original Hornby 9F, EBay will sell you one in very good nick for £90. There are some more obviously dodgy ones awaiting bids at £25.

Next Variety blog : Sunday 2nd Octiber
Posted by fatbusbloke at 02:00