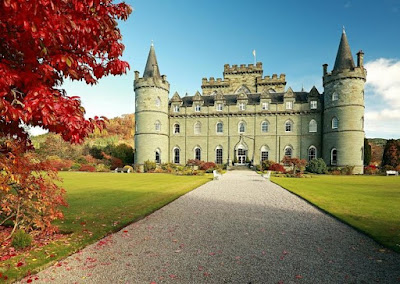 The foundation stone for inveraray Castle was laid in 1746 to become the seat of the Duke of Argyll, the chief of Clan Campbell. His dukeship did not want the local riff-raff spoiling his posh estate, so, as befits a clan chief, he demolished all their homes. For many a Laird, that would have been it, but the good Duke was not at all bad.
He built his snivelling minions a "new town" and he made it so that it would look "rather nice" as he gazed across his land.

It was completed about 1770 and was the first of two visit on the Wednesday of the fbbs holiday.

In 1747, William Adam had drawn up plans for the creation of a new Inveraray. By 1770, little had been done, and the fifth Duke set about rebuilding the town in its present form. Some of the work on the rebuilt Inveraray was done by John Adam. uch of the rest of the town, including the church, was designed and built by the celebrated Edinburgh-born architect Robert Mylne between 1772 and 1800.

So some of the minions had to wait a bit!

The end product was an attractive town which included houses for estate workers, a woollen mill, and a pier to exploit herring fishing ... 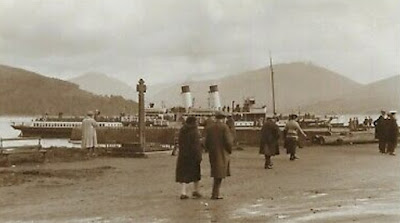 ...  which was to grow in later years to play a major role in the town's economy.  Later. tourism was to grow in importance.
The finished product is one of the best examples of an 18th-century new town in Scotland, and the vast majority of the properties in the centre of Inveraray are considered worthy of protection because of the town's architectural significance. 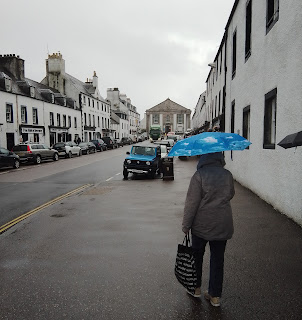 In some ways, the two Wednesday visits were each too short in duration for any proper exploration - but as Inveraray was rained upon, so brevity was a blessing in not very much disguise.
The route was via the A83 through Glen Croe (NOT Glen Coe!). Here is a picture looking down the Glen and back towards to Hotel. 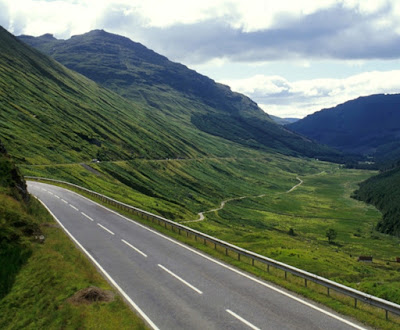 The A83 is the obviously modern highway, whereas lower down the valley is the former Military Road which followed an ancient drovers' route. Thankfully the A83 is much improved!
(old pcture to follow)
The summit is called "Rest And Be Thankful" after a historic grafito artist and wiorer on the original climb actually got to the top. Here is the map ... 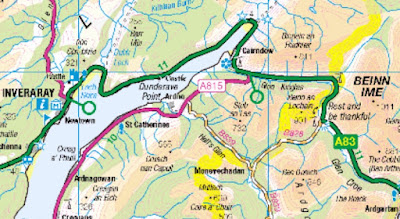 ... And again with better detail. 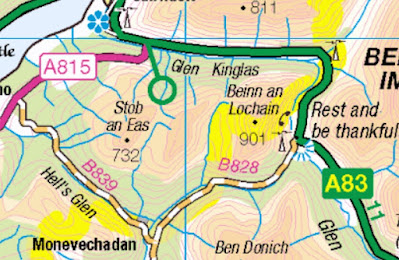 And A Public Transport Interchange
At the summit, the coach pulled in to what must be the most remote and little-used bus "interchange" anywhere in the UK. 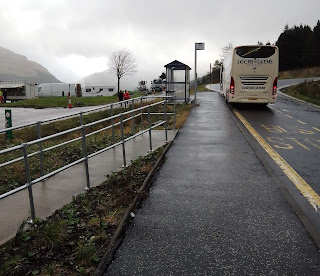 The Lochs and Glens driver took up most of the bus stop marked out clearly in its own turning circle ...

... but Steve, the coach driver was probably safe from impeding queues of buses seeking to set down and pick up good loads of passengers.
The shelter has a feature which fbb has never seen before.
It has a gate! 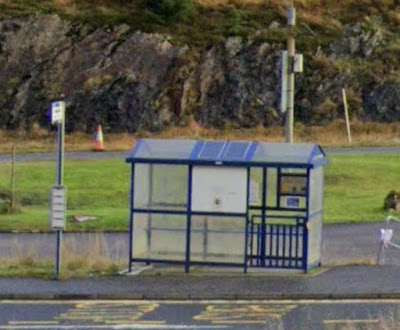 Was it, peryhpas, something to control the crowds, similar to the motorised "portillions" that held back the crush waiting to get onto the busiest of the Paris Metro platforms? 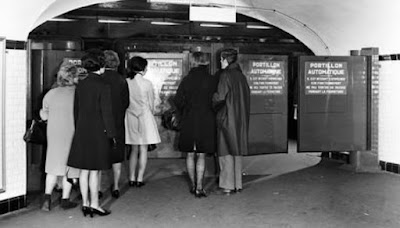 Probably not! fbb guesses the gate is to prevent the bus shelter (actually a shelter for people, not a bus!!!) being occupied by an angry deer or two.
Here is one considering it on a Scotrail station! 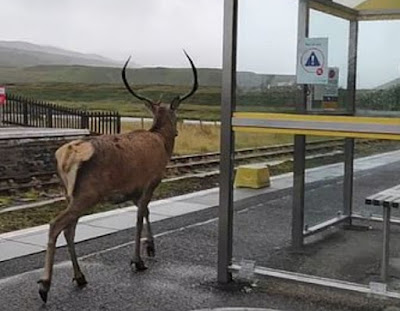 So what buses stop at Rest And Be Thankful, using the lavish appurtenances provided?
We shall see tomo.
TT 120 News
Readers MIGHT remember that railway manufacturer Peco have recently launched track and scenic items for a brad new guage. It has echoes of the old Triang TT range ... 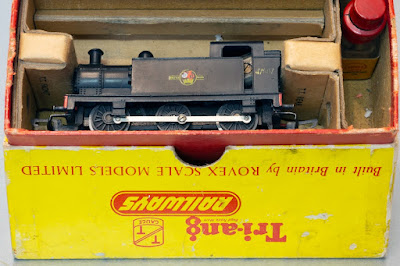 ... which was 3mm to the foot scale but on 12mm track gauge, so with an inaccurate width between rails. TT120 is still on 12mm track, but the scale is 2.8mm to the foot and thus compatible with European manufacturers of TT.
Now Hornby has announced TT120 track, a train set, a separate loco and coaches. 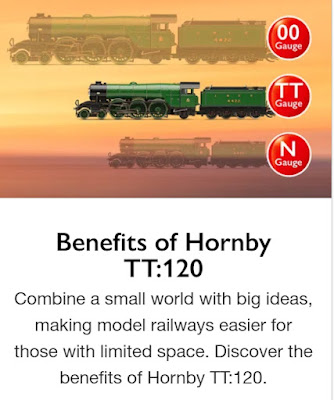 The models look good, but we must wait for independent reviews before making a judgement. 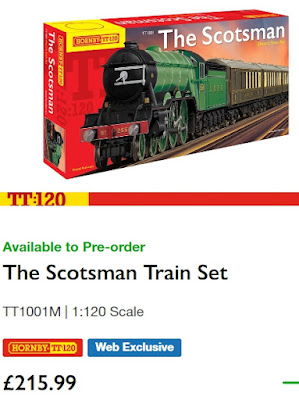 Other manufacturers have announced that they, too, are planning TT120 models.