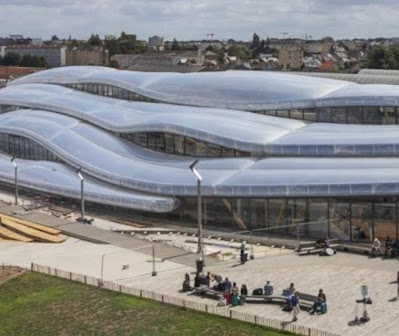 It has one of the above and a bit of the below. 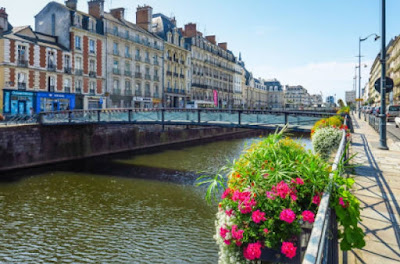 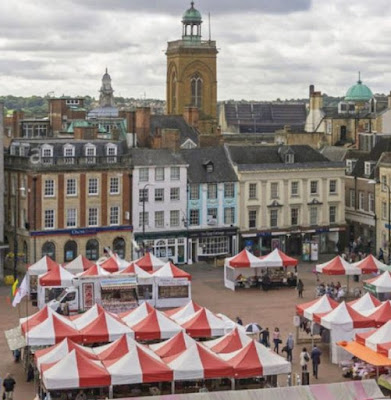 ... a settlement dear to fbb's heart. But the "greater" urban area is closer in population to here ... 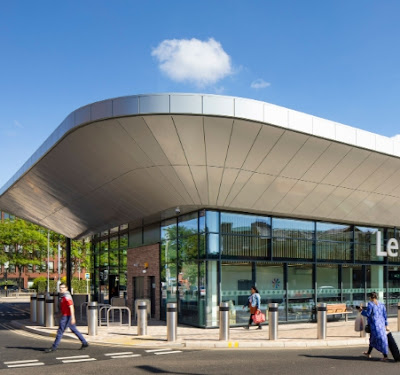 ... with the two UK locations joined by the M1.

The furrin' place in question has its own language. 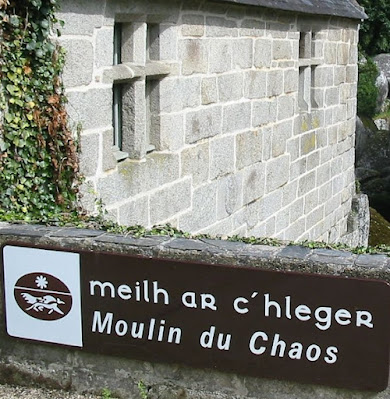 The language is a Southwestern Brittonic language of the Celtic language family spoken in part of modern-day France. It is the only Celtic language still in use on the European mainland, albeit as a member of the insular branch instead of the continental grouping.

It was brought from Great Britain to Armorica by migrating Britons during the Early Middle Ages, making it an Insular Celtic language. It is most closely related to Cornish. Welsh and the extinct Cumbric, both Western Brittonic languages, are more distantly related.

Having declined from more than one million speakers around 1950 to about 200,000 in the first decade of the 21st century, the language is classified as "severely endangered" by the UNESCO Atlas of the World's Languages in Danger. However, the number of children attending bilingual classes rose 33% between 2006 and 2012 to 14,709.

Time for teasing is over.

The wiggly metal roof (a bit London Bridge-like but even more wiggly) is on Rennes railway station. When fbb passed through 63 tears ago (with dad who was off to buy cabbages from the farmers around Brest) the station looked very different. 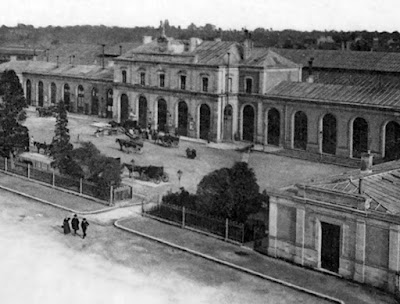 This original station was built in 1867 and lasted until a major rebuild in 1996. fbb prefers the old one. 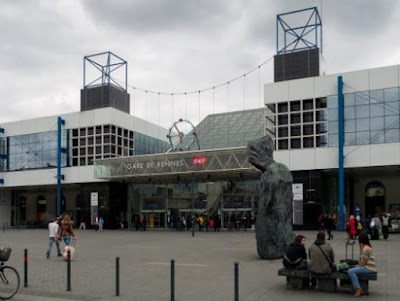 An then along came TGV Ousest!
Put it all together and you get this very clever montage. (No sound)
1996 cubes ...

And translucent sinuosity to boot! 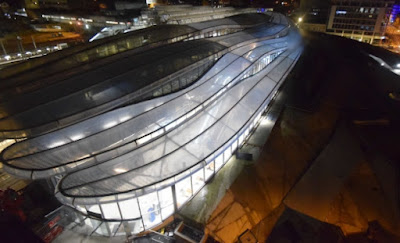 Nope. fbb still doesn't like it - but he has to admit that it makes a point. It is likely to create desire in a big way.
It is all probably finished by now! 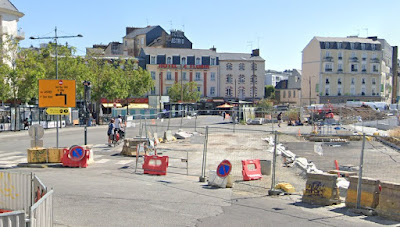 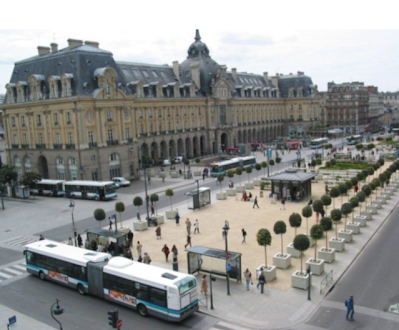 And there is plenty of the pittoresque as well. 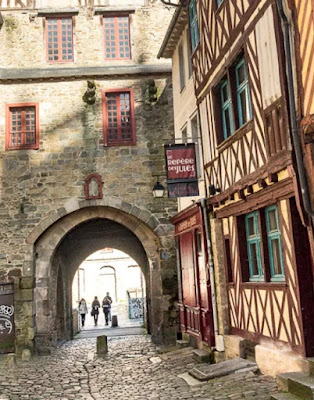 But there is oodles (there are oodles?) of public transport for fbb to explore. 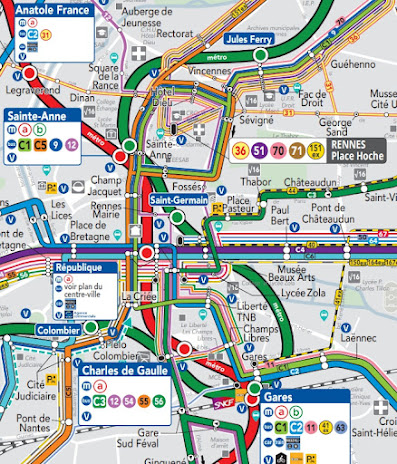 But Rennes has something that neither Northampton nor Leicester possesses - and neither of those splendid boroughs is every likely to possess.
We will see what it is in Monday';s blog.