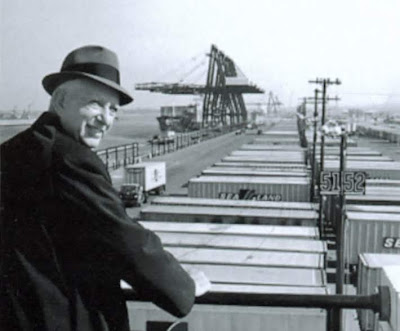 What we now think of as containers were in use in the USA in the late 1950s and were beginning to appear on ships.  But the decision to move hesitantly into bulk and trainload freight was inspired (if that is the right word), by the much maligned Dr Richard Beching. 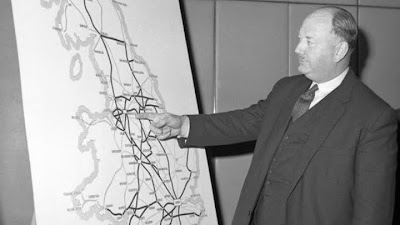 fbb obtained a copy of his report and, generally, it was impressive and unanswerable stuff. If the railways were to "pay" (a euphemism for "at least break even") his closure programmes stood a good chance of achieving it. But Beeching did not close anything. The "evil" was the British Government.
Beeching did a pretty good job of identifying the hopelessness of the business case of British Railways THEN. There were flaws in some of his statistical methodology but, even if he had allocated more inbound takings** to the much missed holiday branch lines, it is doubtful if most of them would have broken even even then.
What Beeching also recognised was that that archetypical BR branch freight train .... 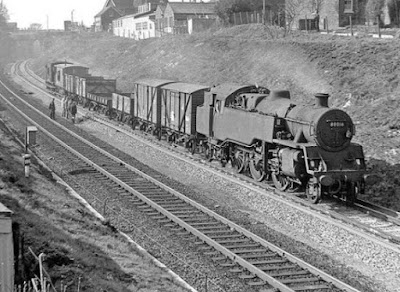 ... that wagon-load freight could not compete with road transport. The railways had been, until the mid 1960s, a  "common carrier" - a legal status which obliged the companies, and later BR, to carry whatever the customer dumped on them. The freight could be an elephant or a box of day old chicks; a huge boiler or a camping gaz stove. It mattered not - it had to be accepted for carriage at a reasonable price.
Once the common carrier tag was removed, the railways could be selective in what freight they carried. Services like Speedfreight soon died which left Beeching's baby free to grow.
His report proposed "Liner Trains" And we know what happened.
They didn't happen!
The Unions blocked their introduction because they had no guard!
But soon all was sorted and the first Liner Train (dubbed "Freightliner") rolled off the wagon production line. 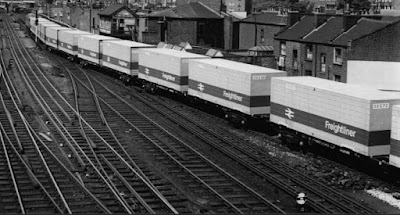 And they could even be loaded on train ferries! (NB there is no sound on this video clip - your computer is not broken!)Thus, as they say, the rest is history. Cointainers got bigger, the trade was largely standardised and international. Freightlimer changed livery ... 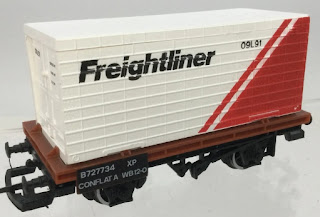 ... and was then privatised and became a much more general freight carrier in yellow and green. 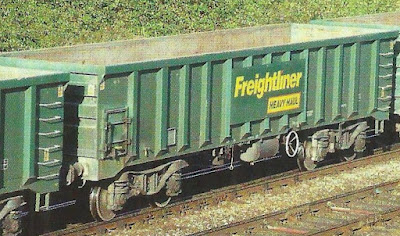 After an American take-over it is all going orange and yellow ... 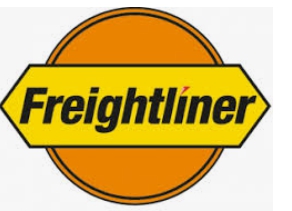 ... and now every man and his dog sends containers full of goodies all over the place - well mainly to purpose built terminals. 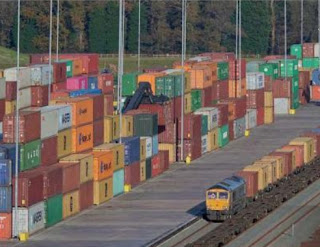 It really IS big business. 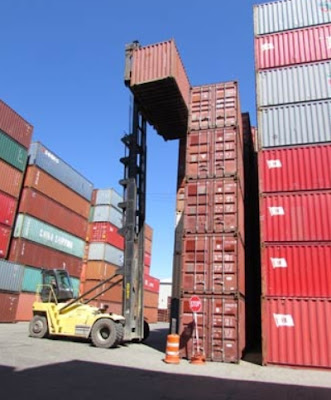 Into this world of big boxes made, not of ticky tacky, but of hard wearing steel, come the model railway manufacturers. Triang Hornby were well ahead of their time with three standard containers on a long wheelbase wagon ...

.. and you could even buy your own container train set.

Did Hymeks ever haul Freightliner trains for real?
Bachmann followed with a higher quality wagons including 40 foot "boxes"
... 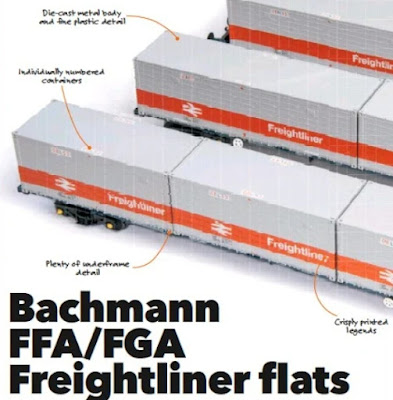 Now every man and his dog produces long spindly wagons ... 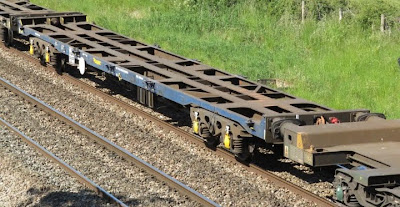 ... or container "boxes" or both!
Which is where fbb's tank wagon obsession enters the fray. Here are some 20 foot container tanks (sometimes called "tanktainers" - yuk - horrible word). 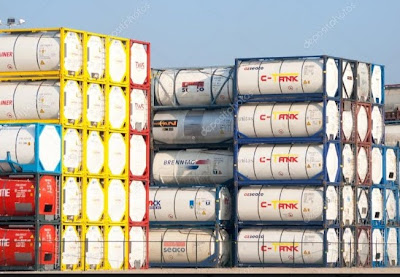 Of course, container trains have usurped the "mixed freight" trains of old - but this time the varied loads will be taken from terminal to terminal, not laboriously picked up from hundreds of little goods yards. In the UK you may see an occasional tank container in transit for real ...

... but there are a few bulk tanktainer trains in Europe.
Whether fbb's model is a realistic confection must be in doubt. But it consists of three tanks on the obligatory spindly chassis.

The wagon deserves a fuller review, but as the fbb model railway is in a state of outdoor to indoor flux, this will have to be postponed. The wagon will, however, look really daft on the sharp bends that characterise many model railway layouts. It is, after all, a scale 75 feet long over couplings and that, man, is BIG!
The wagon is very spindly and, set vertically, it looks a bit line the plain pikestaff illustrated above.

Will it even stay on the track? fbb will find out in a few weeks!
** Beeching's passenger business report was based on takings at each station. Some of the holiday branch lines had few local passengers and few travelling away from the resort. But, in the summer, they had oodles travelling to the sunny seaside. Beeching knockers say that a heap of this inbound revenue should have been allocated to the branch.
We will never know whether it would have made  a difference.
In the end the Government chickened out on implementing his report in full and as a result he went off in a sulk back to ICI. Whatever our retrospective views, we might feel glad that the Government did not go as far as the Good Doctor proposed?
But the railways still did not pay, and never have done in recent times! 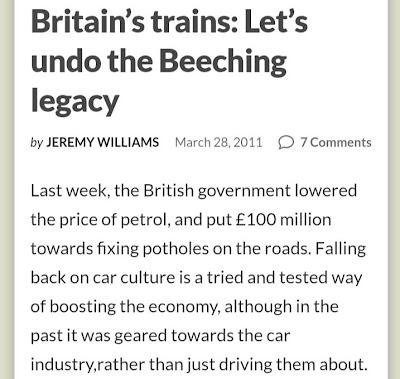 A notable amount of the so-called Beeching cuts have been uncut (with more reopenings to come) - but the railways still "do not pay".
Thankfully, political priorities have changed.
Sort of?
Next Magical Mystery Tour blog : Weds 28th Sept
Posted by fatbusbloke at 02:00