The State Of Freight Of Late (1)

And One Of These! 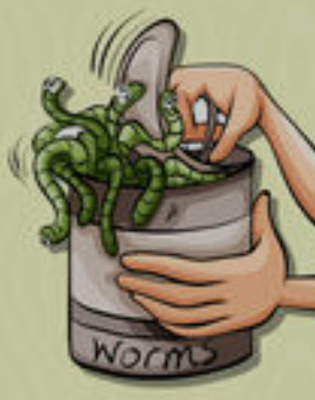 One of the dubious privileges of this blogging lark is the strange backwaters of public transport knowledge that you blunder into. It began very simply when fbb decided to buy a couple of "place holders" to augment his expanded OO gauge tank wagon collection. It has been expanded from petroleum products into cement powder, but still focusses on cylindrical tanks laid horizontally to the track.
It doesn't (yet?) include tank wagons that are obviously toys for little kiddies! 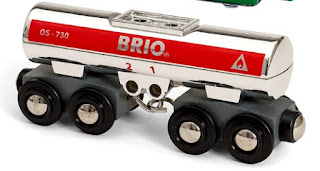 So incomes a Presflo tank ... 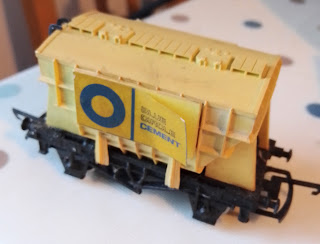 ... followed by a Prestwin ditto. 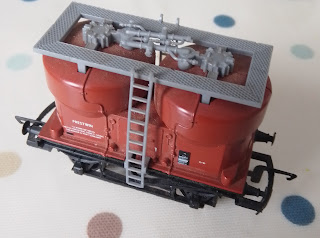 The sainted Wiki[edia tells fbb that he "twin" was developed as the "flo' (the yellow one) was not entirely satisfactory for "some powder products" - which is not entirely helpful. But it is the best the interwebnet can do and must therefore satisfy fbb's average curiosity.
Wikipedia also gives a list of the batches of wagons produced.

Just to extend the excitement, Wiki tells fbb that he first two batches (1960) were to diagram 1/274 and batches 3 and 4 (100 wagons 1961 & 1962) were to diagram 1/277.
Even more entertaining is that diagram 1/724 were built on s standard 10 foot 6 inch wheelbase chassis. Whereas the later batches were on 12 foot chassis. Furthermore the "silos" on the later batch are slightly bigger and sat lower in the wagon.
Why? You may ask in utter wonder.
Because the wheelbase was longer there was room to lower the tanks, sloping bottoms (curable with medication!) between the frames.
So now your inquisitive blogger wanted a picture of both to compare and contrast.
Almost all pictures of a Prestwin on line are either unidentified or clearly shown as from the 1/277 batch. You will remember (you will remember) that they are the longer ones. And here a twelve footer is. 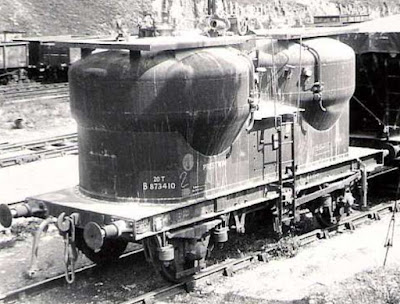 And here is a "shortie". 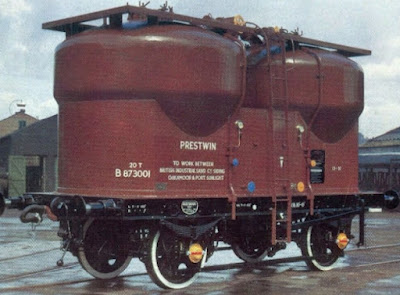 And immediately you can see he difference.
You can't? At first neither could fbb. But note that the chassis is different with different suspension; and the longer wheelbase tanks are a bit fatter and a bit nearer the ground.
Still struggling?
Here are the two sizes next to one another. 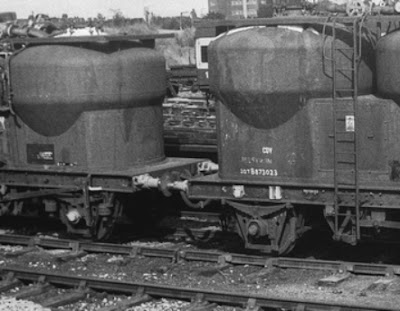 On the left, lower and squatter (1/277), on the right slimmer and taller (1/274).
Still confused.com?
Fortunately a keen railway modeller (far keener than fbb) has both in his collection. First we have long wheelbase; lower and squatter ... 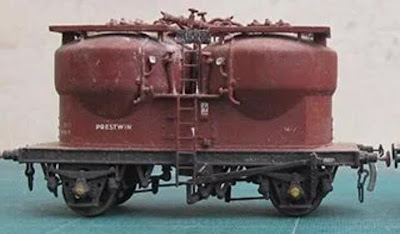 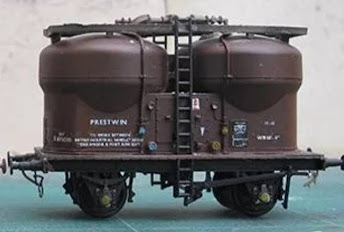 And here are the two OO models together.

So now you know all there is to know about Prestwin wagons from the early 1960s.
They fell out of use, mostly in the early 80s.

These models have been upgraded from the bought-in basic, so fbb wondered how off-the-shelf Prestwin wagons might compare with the real thing.
And can you buy then new today as fbb's purchase was box-less and obviously "pre-owned".

The real things rolled off the production line 60 years ago and only lasted twenty years or so. We know what replaced them (well fbb does) but he wonders how old the models are and how accurate the detail may be. And how did the real things work?

There's lots of weird pipey stuff on the top! Complicated eh?
More tomorrow.
Hells Bells, Death Knells In Wells
First Bus policy of strengthening their business model by not running buses is announced in Wells, referred to recently by fbb for high class route equipment. NOT! 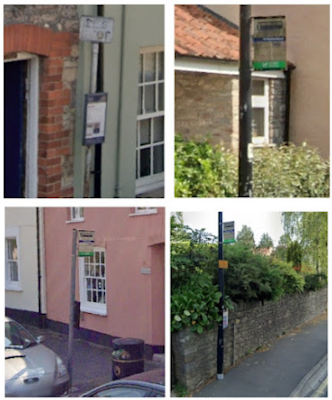 Maybe, if the general image of the bus in Wells were less depressing, the cuts below might not have been needed.
Service D1 to Bath has been a comfortable every 30 minutes ...

... but is to be chopped to once every hour; and not a very neat hourly headway either.

It will also offer a less helpful local service in Frome. 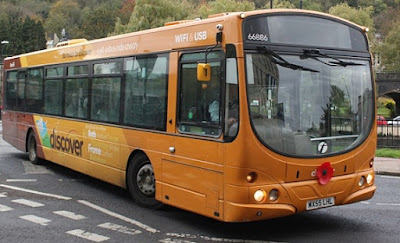 fbb does wonder what efforts First has made to encourage usage. Door to door leafleting in Frome?
fbb thought not.
It is, as we know, ALL ON LINE
The 126 to Weston super Mud is withdrawn completely. Whether any local authority replacement is being tendered is not yet known. But the axe falls from October 9th.

A bit more of Mendip that you won't be able to explore! 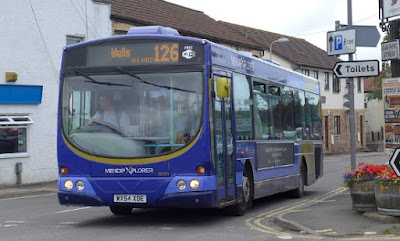 As usual there are posters of protest ... 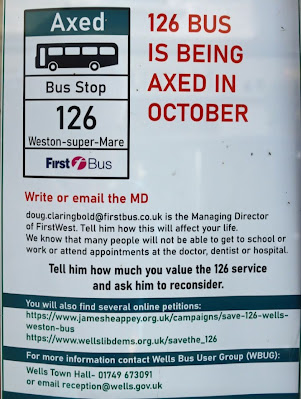 ... and petitions proposed; all directed at the hapless local manager of First Bus 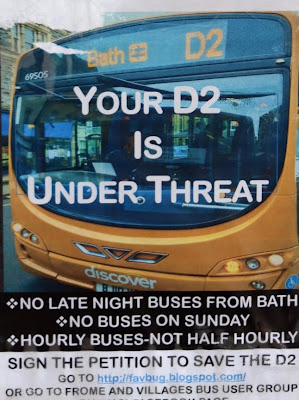 They will be a waste of time. What First needs is MORE PASSENGERS paying more money. It is to the local authority that petitions should go; in the vain hope that they will stump up some supporting cash. Which they haven't got!
Welcome to the world of Build Buses Back Better.
Meanwhile In Sheffield
Not a dicky bird about the major changes (i.e. service cuts) due on 2nd and 3rd October.
fbb has heard a rumour (not yet verified) that some of the tenders for these changes will not be awarded until Friday 30th September; that will be for services starting (mainly) on Monday 3rd October.
Best of luck with catching your bus on the Monday, good folk of Sheffield.
Absolutely crackpot/ 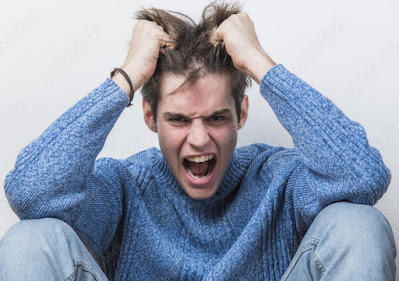