To talk of a "Revolution" is entirely misleading. It would be better to use the concept of "evolution" because containerisation is as old as the railways themselves. The Liverpool and Manchester Railway (of Stephenson's Rocket fame) carried coal in big wooden boxes which could be lifted off by crane and loaded onto a trailer for onward conveyance using horsepower.
The pre-nationalisation railway companies all used containers of various sorts; here GWR for small loads of coal or stone.

The LMS Railway demonstrated how their containers were used ... 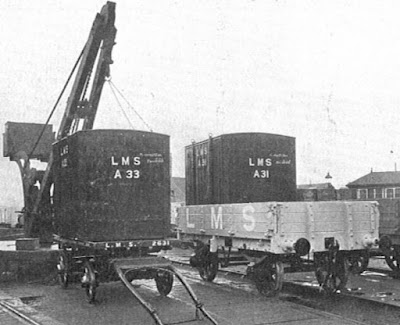 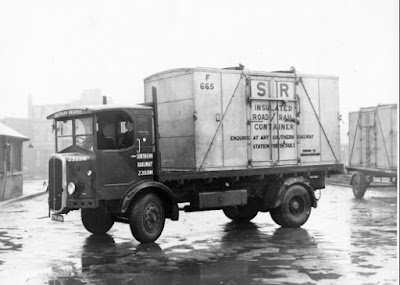 In British Railways days the same principle was in regular day-to-day operation. A container on a flat truck ... 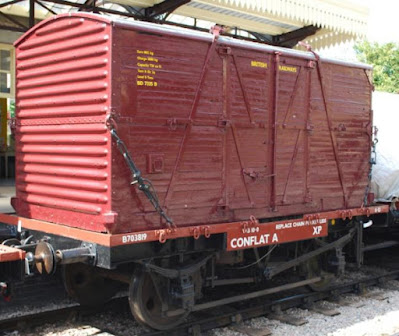 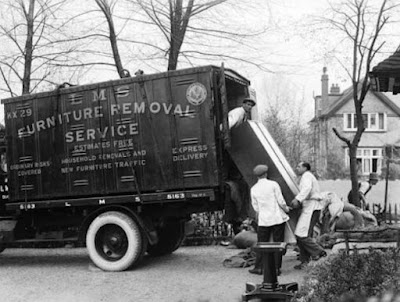 Containers came in all shapes and sizes! 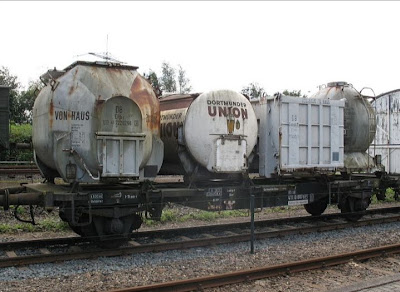 You could buy a "furniture container" plus wagon for your "O" gauge tinplate train set. 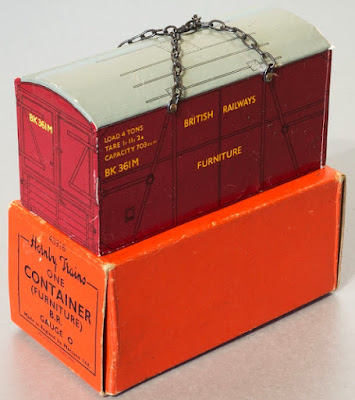 Then, even more jaw droppingly (?) you could add one to your three rail Hornby Dublo train set. 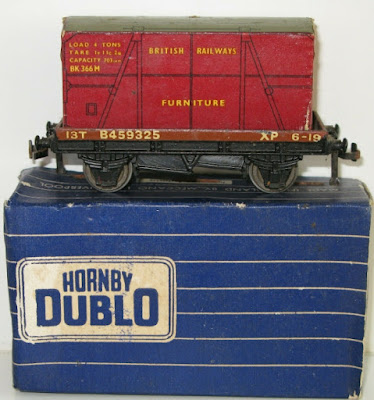 From memory, the container was a block of wood with printed paper sides stuck on - very crude by today's standards.
There was a British Railways brand, Speedfreight.
In the late 1960s British Rail (BR) was loss making and government supported; government and British Rail management sought solutions and remedies to the problem of the declining wagonload business; in 1968 a 'Freight Plan' committed the company to continuing wagonload traffic; the possibility of reducing the scope of the freight network was investigated, and computer modelling and computer route planning introduced to seek increased efficiency. Additionally BR began operating a relatively high speed freight service (Bristol to Glasgow) using air braked wagons in 1972;
During the 1970s BR substantially reduced its rolling stock and infrastructure for wagonload traffic, total wagon numbers were reduced to 137,000 in 1979 from over 400,000 in 1968; from 1973 to 79 a third of the system's marshalling yards were closed, and freight depots were reduced by nearly one fifth; in the same period total air braked wagons nearly doubled in number. 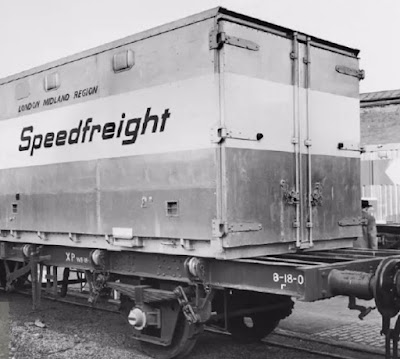 It was still he same idea;' small wagon loads but moved quickly and efficiently on modern wagons with end distributions by road. 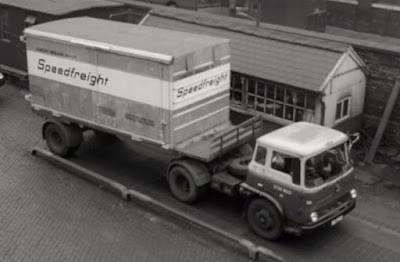 Then there had been an idea for avoiding the cranage link. The Road Railer, modelled enthusiastically by Peco ... 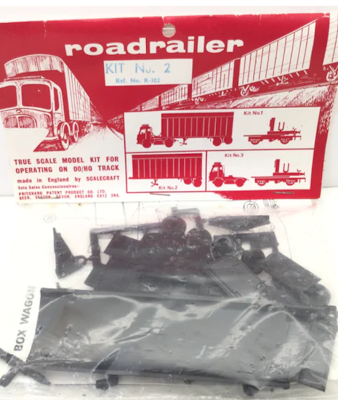 ... was a good idea at the time! Our container had both road wheels and rail wheels fitted so, with a bit of hydraulics, the wagon became the trailer of an articulated lorry ...

... and the Peco kits were on sale long after the full sized experimental train was consigned to the scrapyard!
The full sized wagon began its experimental life in 1963. Here is the gubbins that used hydraulics to change over the wheels ... 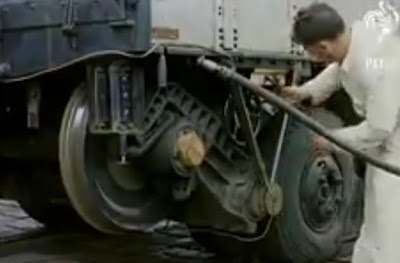 ... and here the extra bogie that linked the train to the loco is ready for coupling up. 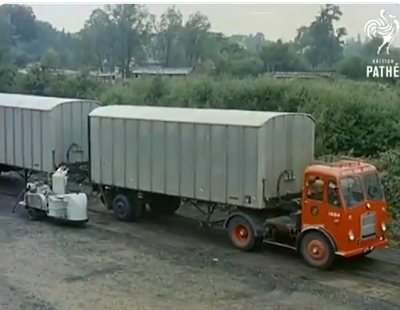 The idea did find limited favour across the pond ... 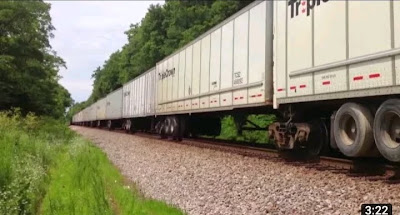 ... with the two types of wheelset clearly visible as this lengthy train rumbled past! 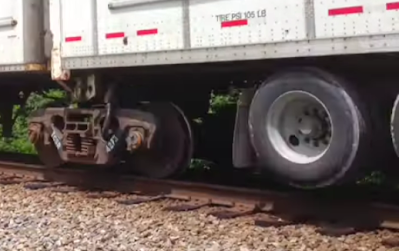 In the UK, it didn't catch on either in full sized reality or as an "exciting" plastic kit!
The progress of Containerisation as outlined above was to be challenged in 1963 by the former GM of ICI
But before we meet the axe-man, we ought to pop across the pond. Here containerisation was well into its stride in the mid to late 1050s/
It' NOT Jake The Peg ... 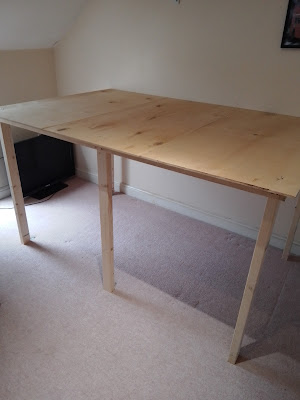 ... but it is an extra leg. Meanwhile the old rotting baseboard ex picnic table ... 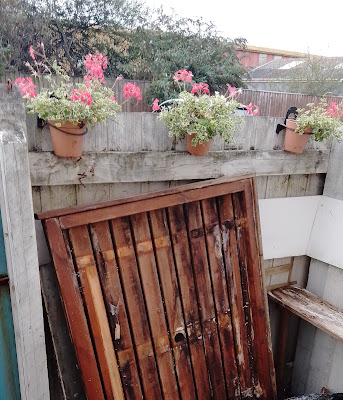 ... Has been dismantled thanks to the demolition team of No 1 son and his lovely missus!
Next continer blog : Tuesday 27th Swptember
Posted by fatbusbloke at 02:00