Waiting For An Extra Leg 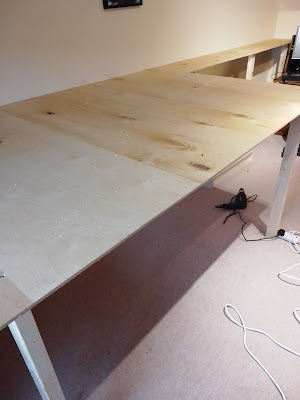 No 1 son duly arrived with his motor replete with a bag of tools, a small sawhorse and a heap pf timber much of it cut to size by a very nice man who shivers his timbers near Wantage. And, like th shopkeeper in Mr Benn ... 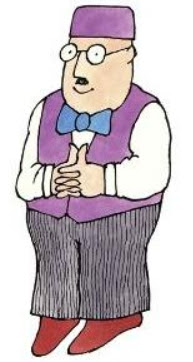 ... a model railway baseboard just appeared! It consist of a main table (as before and outdoors but bigger) ... 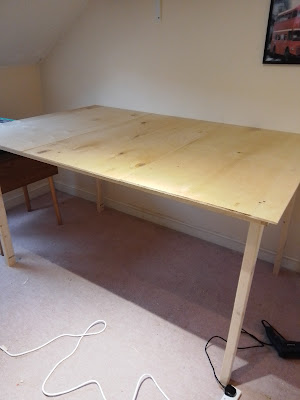 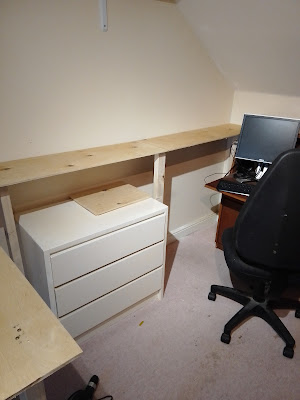 The baseboard is significantly higher than its back yard predecessor which will make doing stuff somewhat easier from a standing position rather than a bending position. After the fbb's monthly fellowship meeting, work will start with gusto (fbb bought a couple of tins of Gusto in readiness).
But the main table does need an extra leg. Timber has been purchased and installation is due soon.
Unexpected At Ufton 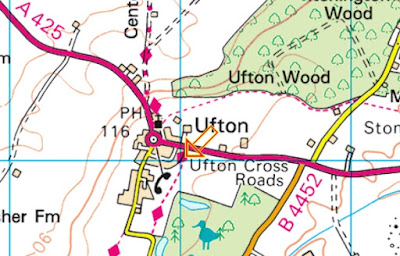 As we all know, the village of Ufton is in Warwickshire a tad south east of Leamington Spa. The most distinctive building in the village is St Michael's Church. 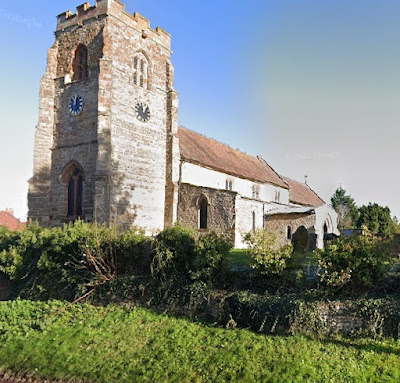 Slightly less distinctive but, unusually for its purpose it is of somer architectural merit, namely Ufton's bus sjelter. 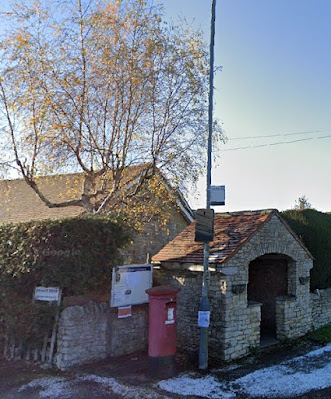 There is also a 64, but we are not told what the difference is. 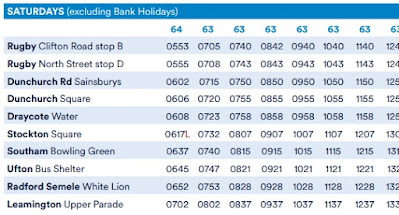 But it was a picture of Dorothy as she visited Ufton that drew fbb's attention. Dorothy's whole purpose in life is boring! 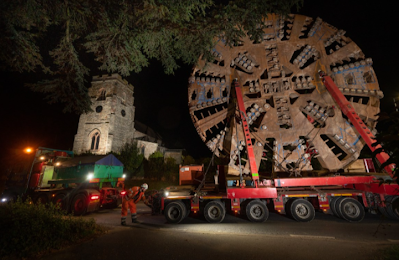 Dorothy has been assembled ... 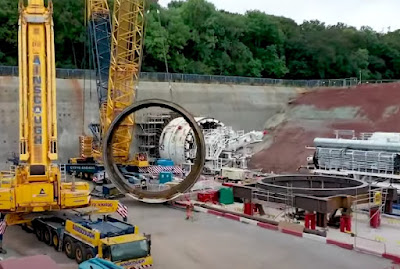 ... to tunnel under Long Itchington Woods, actually close to Ufton rather than Long Itchington. Ufton is bottom left of the woods as seen c/o Google Earth. 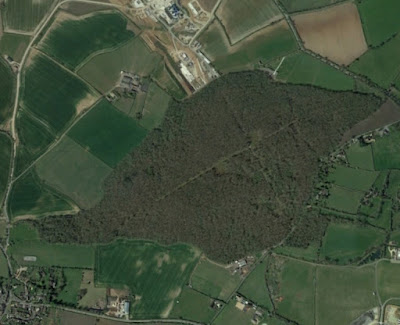 Dorothy Mary Crowfoot Hodgkin (née Crowfoot; 12 May 1910 – 29 July 1994) was a Nobel Prize-winning British chemist who advanced the technique of X-ray crystallography to determine the structure of biomolecules, which became essential for structural biology.
Among her most influential discoveries are the confirmation of the structure of penicillin as previously surmised by Edward Abraham and Ernst Boris Chain; and the structure of vitamin B12, for which in 1964 she became the third woman to win the Nobel Prize in Chemistry. Hodgkin also elucidated the structure of insulin in 1969 after 35 years of work.
She lived in Warwickshire!
Puzzle Picture
Yes it is a Stagecoach bus, in use on the Cambridge Busway. 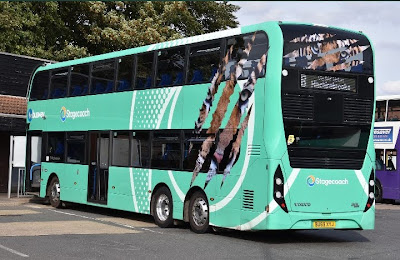 If you look closely you can see that it bears some deconstructed pictures of a tiger or some other big cat, certainly much bigger than Mr Tubbles!

But what it is for? nobody seems yo know.
In Case You Had Forgotten 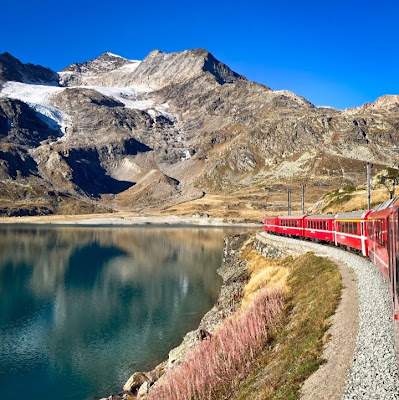 This is why travelling by train in Switzerland is just SO GOOD.
Next Well Contained blog : Monday 26th Sept
Posted by fatbusbloke at 02:00