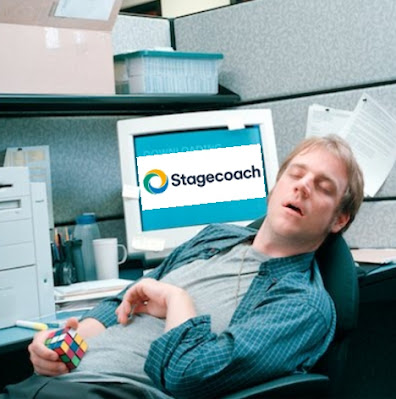 No one (not even fbb at his grumpiest!) underestimates the challenges facing the bus industry at the moment. Some operators are doing their very best to keep things running smoothly and give their customers a reliable, if a reduced, service.
Above is a picture smuggled out of Stagecoach East "traffic office", where timetables and staff schedules are compiled before being forwarded to the garage for implementation. The result of all this frantic effort can be seen at Bicester where the once prestigious X5 calls as it runs between Bedford and Oxford. (well, it was prestigious until they chopped off the bit running between Bedford and Cambridge!).
The consequences of all the hard work as illustrated is seen at the X5 bus stop in Bure Place Bicester. 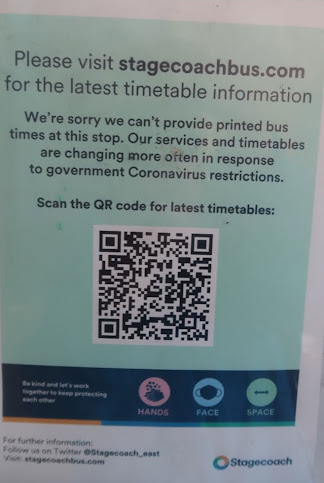 fbb is not familiar with the changes to the X5 over the last 18 months, but the present on-line PDF looks pretty much the same as recent "normal". 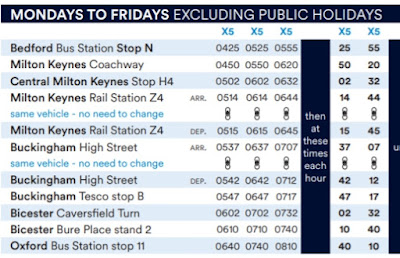 It it really too much trouble to print out the PDF pages as on the web site? 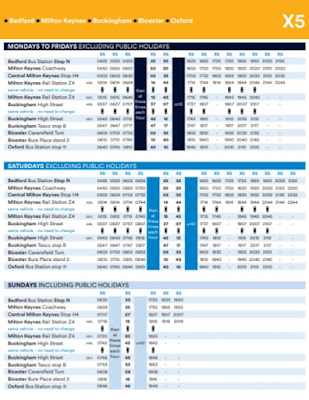 It might take a day for the lad to take the van and drive along the route equipped with screwdriver and blu-tack - but it would give confidence to the passengers and, heaven forfend, they might actually buy an extra bus ride or two.
And while you are at it, why not print out a few copies to be available in libraries, village shops etc. It is called marketing!
Maybe you simply don't want the bother of carrying passengers?
Please don't tell Boris or Grant - they want you to ... 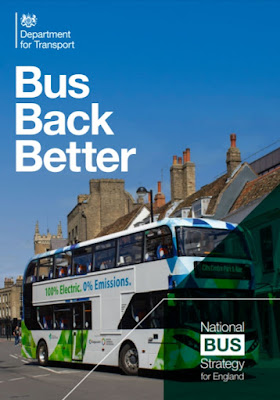 Or have you forgotten? It seem that they have definitely forgotten if you look at the laughable B S I P (Bus Service Inactivity Plan) proposals!
Croydon Town Centre Bus?
Yer what? It is ALL ON LINE so it must be right. 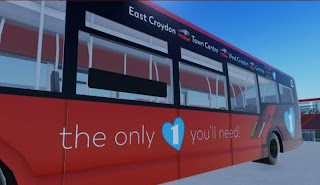 The twitter that accompanies the above picture adds to the bafflement. 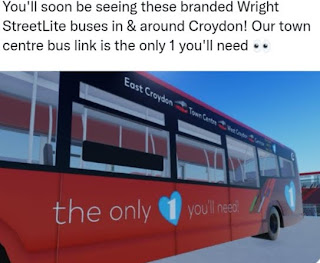 The text above the windows says "East Croydon, Town Centre, West Croydon, Centrale".
Centrale is a shopping centre in Croydon, South London, one of the largest covered retail developments in London. It is owned and managed by Hammerson and was opened in 2004. Plans were announced in January 2013 to redevelop Centrale and combine it with the Whitgift Centre.
Centrale is located on North End, Croydon, facing the Whitgift Centre. 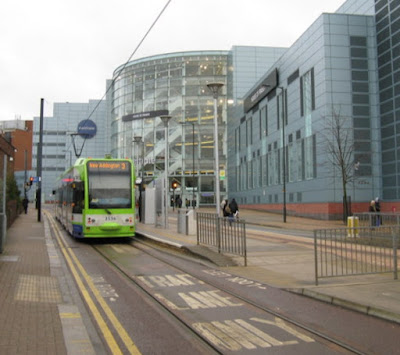 It has even got its own tram stop!
It was developed from the existing but much smaller Drummond Centre. It now contains a large store – House of Fraser and formerly a Debenhams store – and around 50 smaller stores including Next, H&M and Zara.
Centrale is IN the Town Centre which makes the on-bus route descriptions a bit odd. 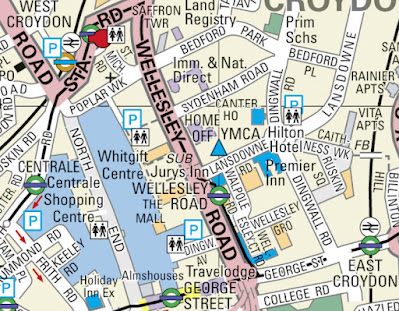 Oddly, you will find nothing about this innovative new service on the Transport for London web site. But you may find a photograph of some First Bus City Red vehicles in Southampton. 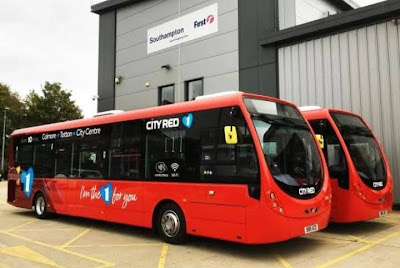 Looks familiar?
Panic not, bus watchers.
It's a simulator, innit?
Well Done That Woman And That Man 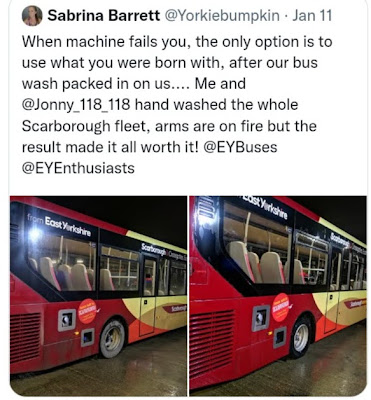 Maybe Stagecoach East should encourage its staff to "do the right thing" and post some timetables here and there!
It is also good to see that these buses, running around in Scarborough, and locally built. 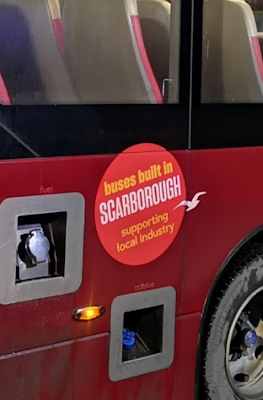 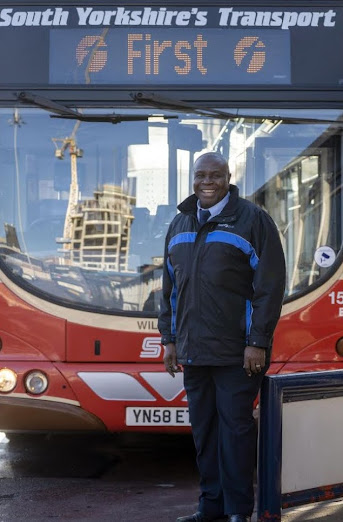 Sheffield bus driver Linford Stephenson has just retired after 44 years working for First bus and its predecessors. He is photographed in front of a vehicle in heritage livery. fbb cannot remember seeing a picture this one before. 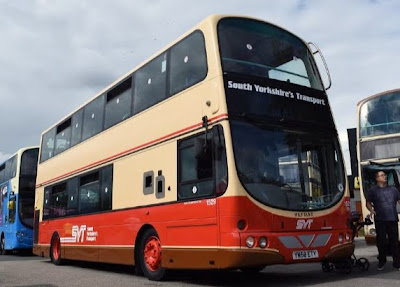 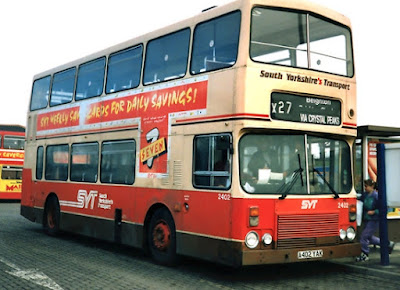 ... and before it all slowly morphed into Mainline. 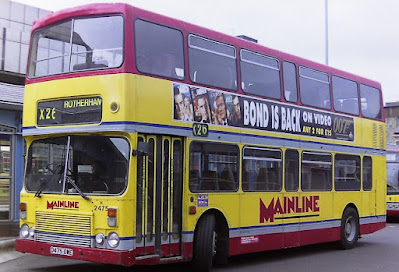 There has been a Mainline heritage bus ... 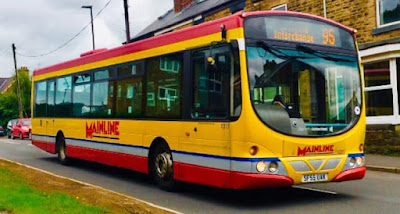 ... which ended up not far from fbb with Buses of Somerset. 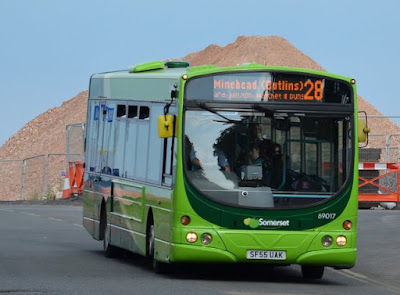 That Hornby Catalogue - A Snippet 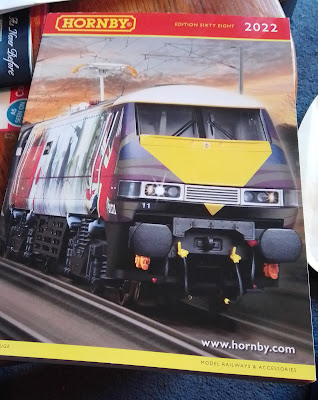 It seems that the Harry Potter craze is on the way out ... 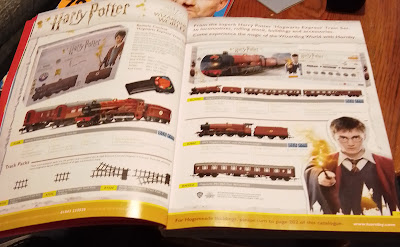 ... with the Hogsmead Station buildings relegated to page well to the back of the book. But there are FOUR new Beatles wagons on their way (marked with the red "flash") ... 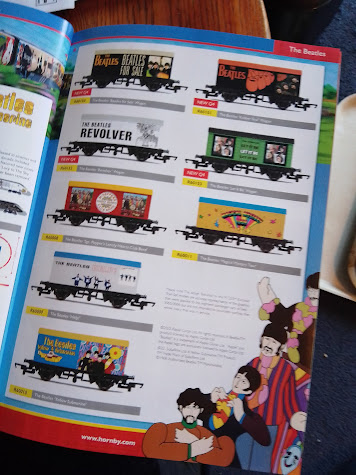 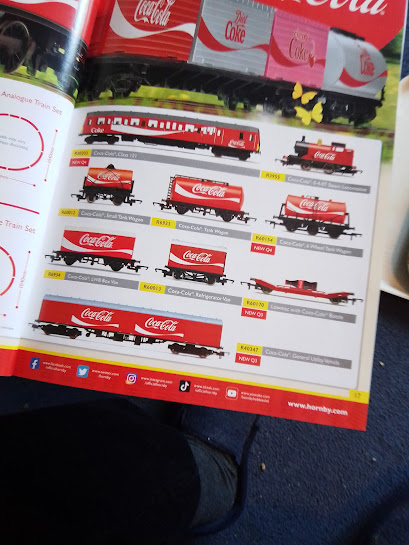 ... now offered in addition to the "Summer Coke" and "Christmas Coke" train sets. fbb does wonder why the bottle on the flat wagon is so small - surely it should fill the whole "well" of the wagon.

Tiles On The Floor 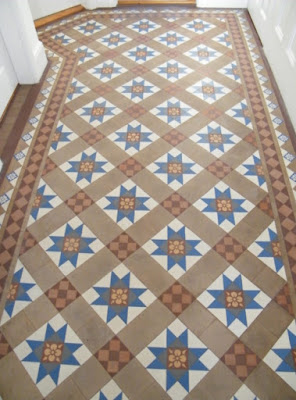 The above floor of Minton tiles is in a building in Stone, Staffordshire. Maybe the building is served by a First Potteries bus route. Maybe even a First Bus with a "tiled" floor. 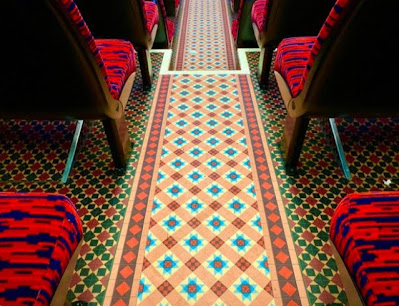 Nice!
Pity the seat moquette isn't from the same period.
Two Subways With A Link to Rail - But Where? 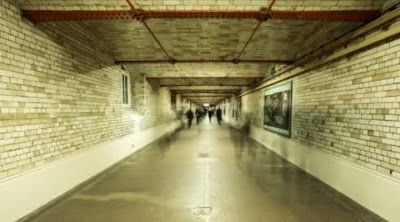 Where does the above corridor lead, open and in use today? It once led from a station to a concert hall but doesn't go quite so far today. And below ... 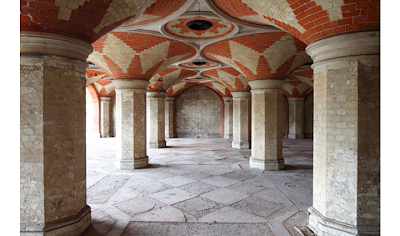 ... a subway that has been closed for years - but which may, at long last, be refurbished and reopened. It led from a station to a palace.
Answers tomorrow - if the old bloke doesn't forget - AGAIN.