A Gift From Mrs fbb 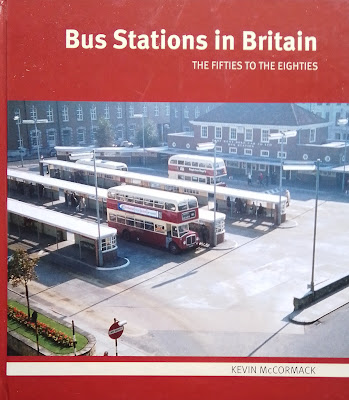 Wonder how Mrs fbb knew that her hubby would delight in this volume? Maybe a few veiled hints were dropped by the obese one?
Before reviewing the book in detail, fbb will set a little quiz. Can our reader identify these bus stations? fbb will offer a clue or two as appropriate.
Number 1 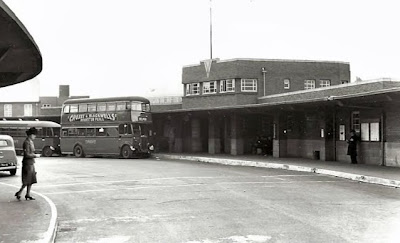 Art Deco in the home of Rolls Royce
Number 2 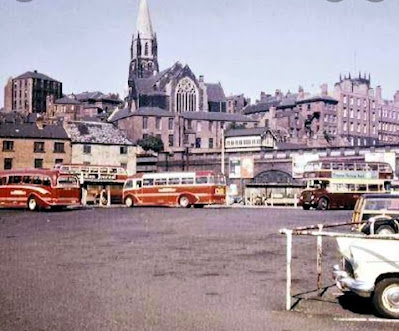 A wide boggy bus station east along the A52 from the previous location.
Number 3 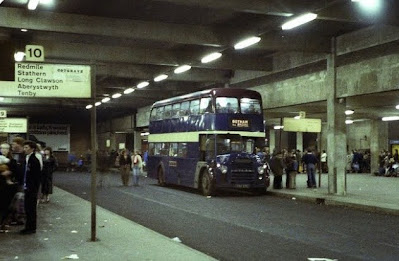 The same bus station, some years later - with services to Long Clawson and Aberystywyth from Stand 10!
Number 4 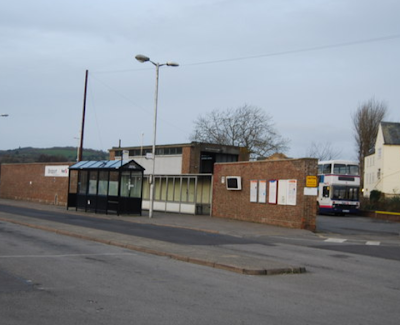 Dorset rope making town. The above is called its "coach station".
Number 5 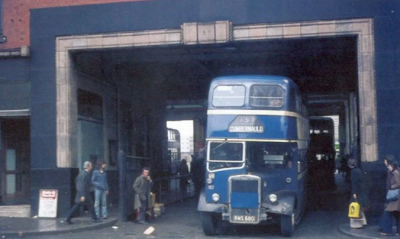 There were no buses in John Bunyan's day.
Number 7 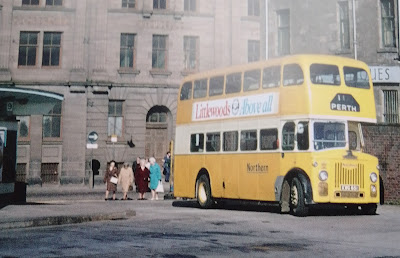 In the first full day of their honeymoon in the Old Course Hotel at St Andrews, fbb took his new wife on a trip to this beauty spot. A fine start to a married life.
Number 8 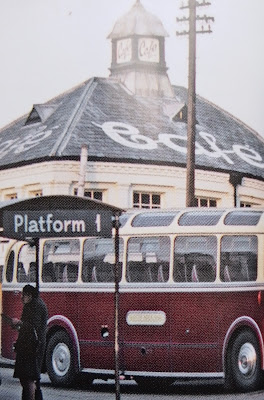 Northampton correspondent Alan attended Library School here, in a town that has made lots of big Brushes.
Number 10 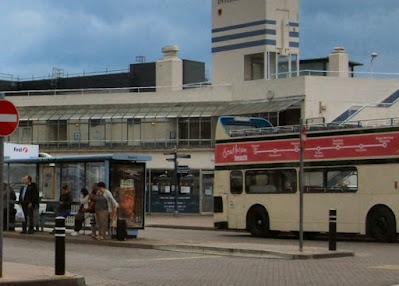 Near this bus station you will win a "Victory" over a "Warrior". Listen to the famous chimes!
Number 11 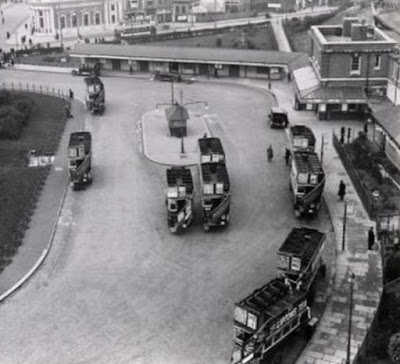 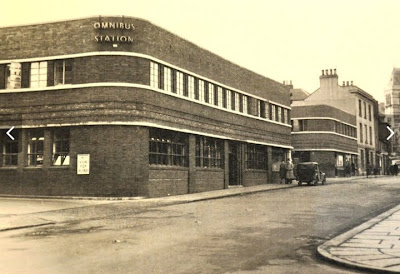 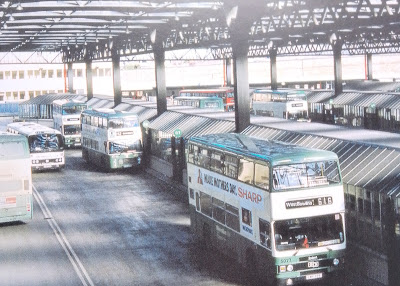 And Mr Bingley were both bowler hatted bankers in this location with two rail termini.
Number 14 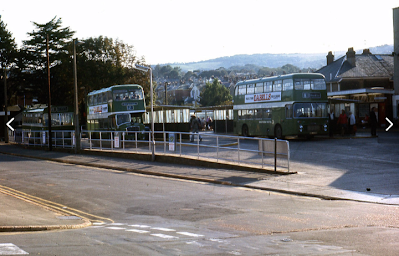 A cliff lift leads to this Island beach.
Number 15 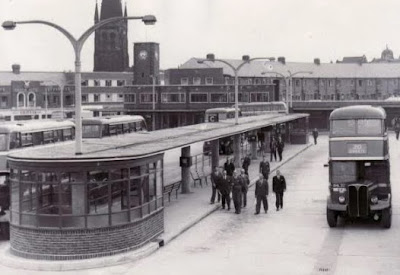 A famous TV personality and steeplejack was based here. He dug a coal mine in his back garden.
Answers and book review tomorrow.
Meanwhile Back in Reality ...
London Terminus CLOSED? 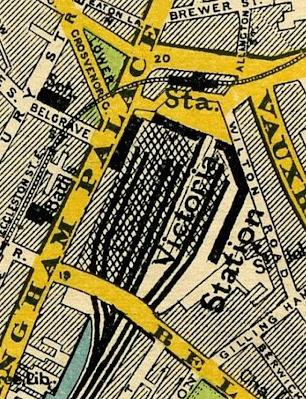 London's Victoria Station is, and always has been, two separate stations. On the left were the platforms of the London Brighton and South Coast Railway and on the opposite side of the station you will find tracks of the South Eastern and Chatham Railway.
The modern station retains this split. Looking south, here are the Southern platforms ... 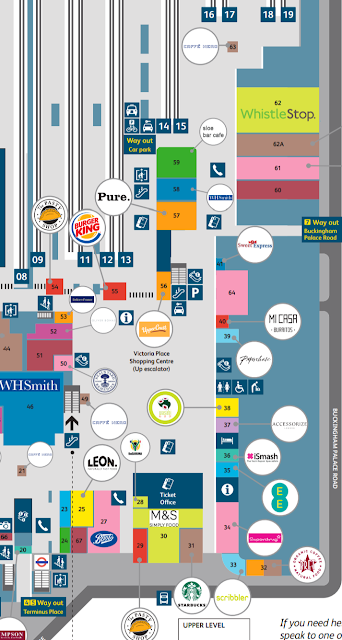 Try to ignore the "retail shopping opportunities", there are trains there! The South Eastern platforms are alongside. 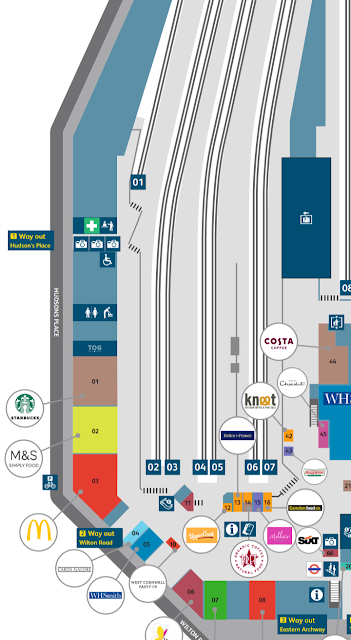 So until January 10th, the Southern Railway part is, effectively closed. 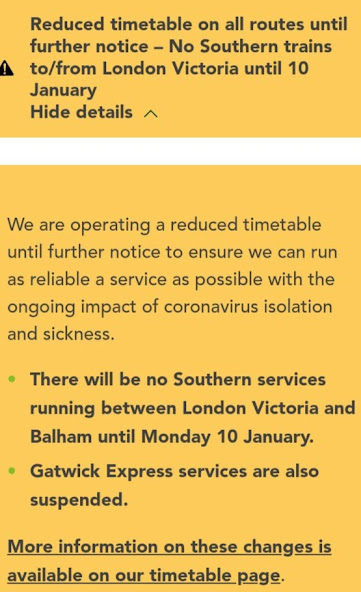 Now there is a bit of a question. How does the management of Southern KNOW that its staff will be fully recovered by 10th Jan? Or is there another reason for the closure that the company is hiding?
More on bus stations tomorrow.
Next book review blog : Tuesday 4th January
Posted by fatbusbloke at 02:00