A Very Pleasant Surprise (one) 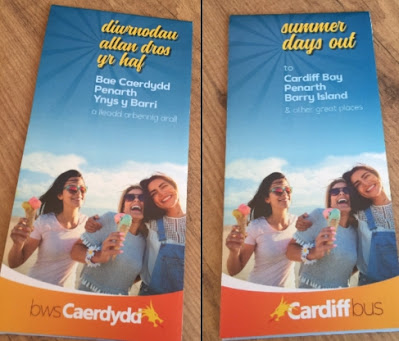 One of the challenges of producing attractive publicity for bus travel in Wales is that you have to do it twice; once in English, once in Welsh. The first pleasant surprise came in response to fbb's snippet about the above leaflet from Cardiff Bus/BwsCaredydd.
Correspondent Andrew sent fbb a link to allow him to download a PDF.
A second pleasant surprise was from Gareth AT Cardiff Bus who sent THREE copies in the post.
But the biggest pleasant surprise was the leaflet itself.
But first, some background. The aerial view below is of Cardiff Docks in 1937. 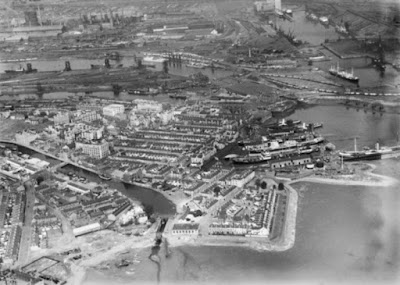 The city was very much an industrial town, with the docks being the route by which the coal barons exported their wares by ship and rail to warm the houses and power the industry of GB and across the channel. Coal was king!
In 1793, John Crichton-Stuart, 2nd Marquess of Bute was born. He would spend his life building the Cardiff docks and would later be called "the creator of modern Cardiff". 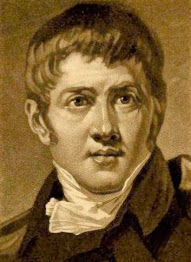 The town grew rapidly from the 1830s onwards, when the Marquess of Bute built a dock which eventually linked to the Taff Vale Railway. Cardiff became the main port for exports of coal from the Cynon, Rhondda, and Rhymney valleys, and grew at a rate of nearly 80% per decade between 1840 and 1870. Cardiff's new status as the premier town in South Wales was confirmed when it was chosen as the site of the University College South Wales and Monmouthshire in 1893.
This meant that, pre-industry, Cardiff was pretty much a non event. 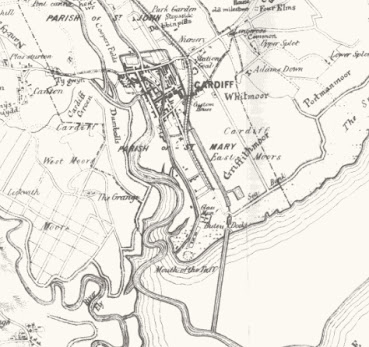 It also means that much of Cardiff's history is relatively modern and very industrial. Shirley Bassey was born in Tiger Bay but grew up in Splott ... 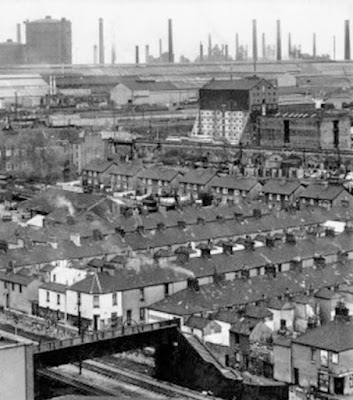 ..  leaving Splott Secondary Modern School at 14 to work in the local Steelworks.
Of course, Cardiff Bay is now unrecognisable even from relatively recent past, having been almost totally redeveloped. 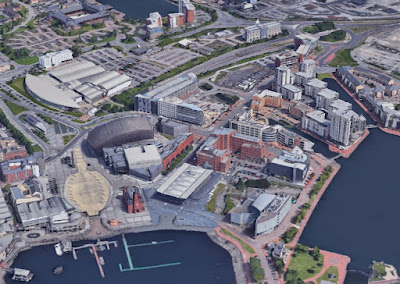 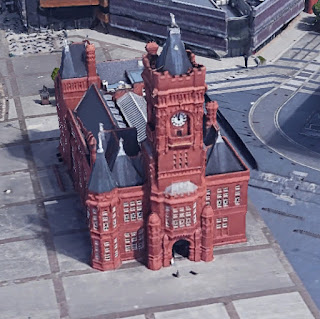 ... provides knowledgeable historians with just the shadowiest hint of how things once were. 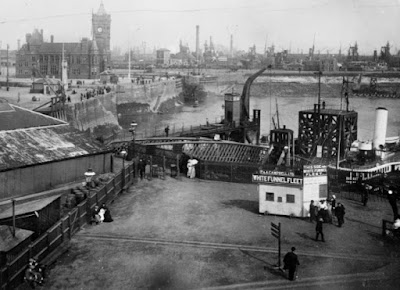 The building was built in 1897 and designed by the English architect William Frame. It was a replacement for the headquarters of the Bute Dock Company which burnt down in 1892. Frame's mentor was William Burges, with whom he worked on the rebuilding of Cardiff Castle and Castell Coch until Burges's death in 1881.
The Bute Dock Company was renamed the Cardiff Railway Company in 1897. A coat of arms on the building's façade bears the company's motto "Wrth ddŵr a thân" ("by water and fire"), encapsulating the elements creating the steam power which transformed Wales.
The building became the administrative office for the Port of Cardiff in 1947.
Just up the road from the National Stadium and not too far from the main station you will find Cardiff Castle and the National Museum of Wales plus associated parklands. 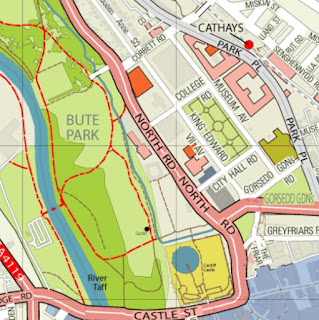 That's about "yer lot" for star performers in the city's heritage! And, apart from the shell of the ancient keep, most of the Castle is Victorian! 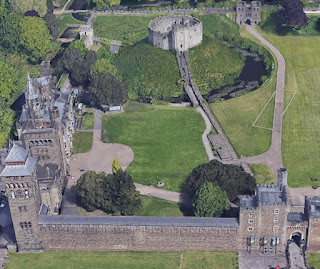 On the western fringes of the city is St Fagans where you will find a splendid collection of buildings assembled from all over Wales. 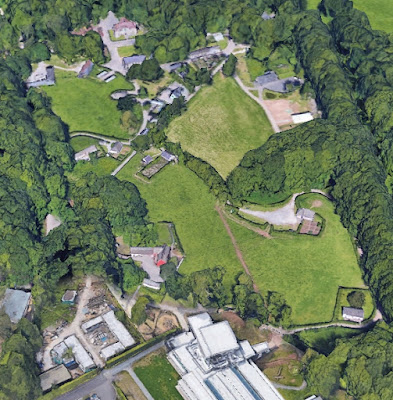 For folk from Cardiff and the valleys beyond, a day trip to the seaside would mean Penarth or Barry. 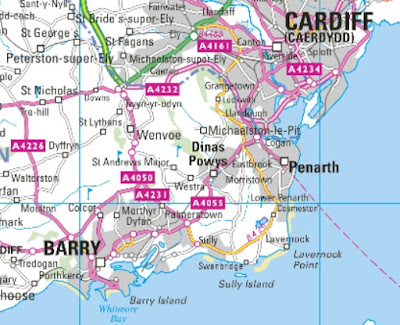 Penarth has a long shingle beach and its pier, thankfully much restored ... 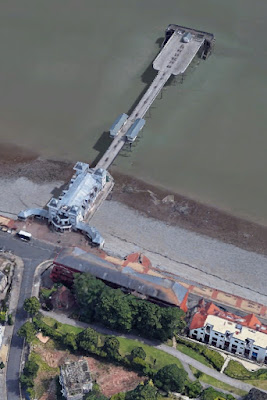 ... whilst Barry has Barry Island of Gavin and Stacey fame. Even as late at the 1980s the fun fair was advertised on Welsh TV ...... but the heady days of a jam-packed beach during the "miners' fortnight" are sadly a distant memory. 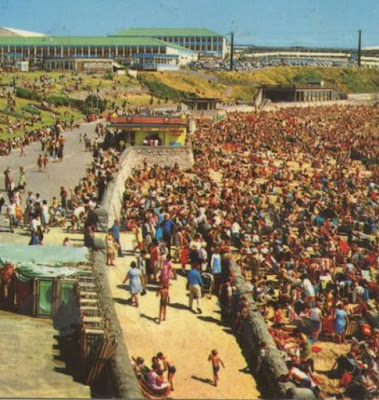 Butlins has gone and the fun fair offers much less fun than even in the 1980s. 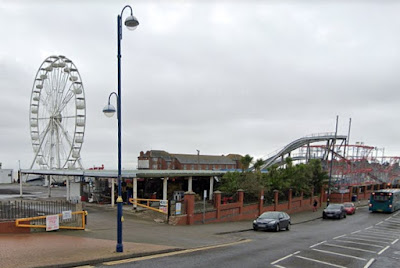 There are trains to Barry Island, just opposite the remnants of the fun fair ... 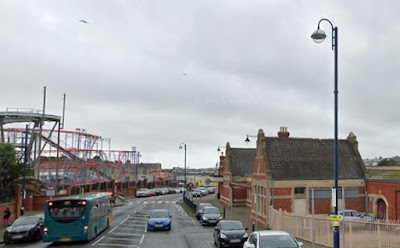 ... but the station building is no longer in railway use; fun loving visitors have just a bus shelter to protect them in the event of less than favourable meteorological conditions. 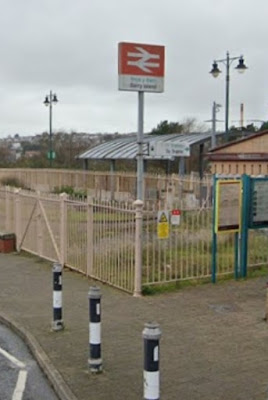 There are two trains an hour, unevenly spaced, to Barry Island. 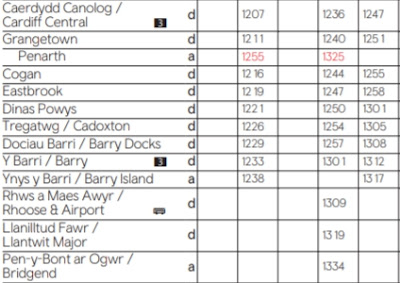 Back at Penarth, the station is a bit more substantial ... 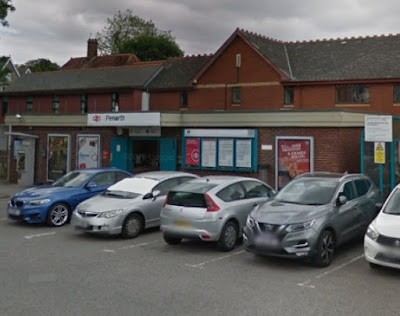 ... and it is further from the beach. But it is a pleasant stroll through the park (station, bottom right). 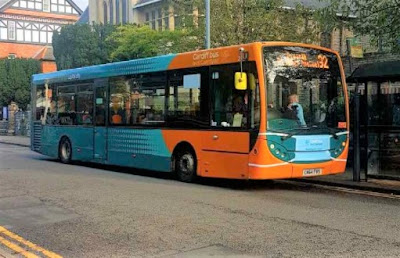 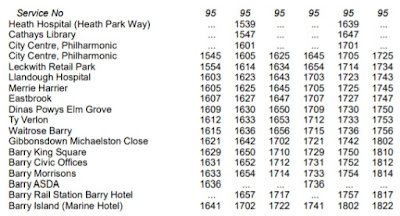 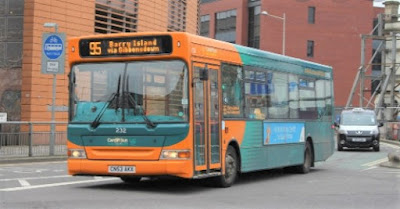 With all that background in mind, we can now turn to the "Days Out" leaflet itself, which is full of pleasant surprises.
Next Cardiff  blog : Tuesday 6th July
Posted by fatbusbloke at 02:00