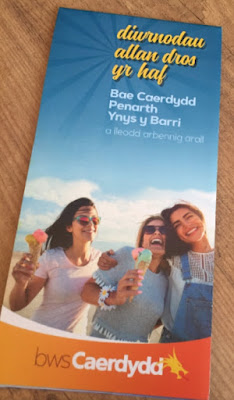 The bus industry has, sensibly, latched on to the idea that, even when Boris lets us out of house arrest, overseas travel restrictions may well remain. The latest hints dropped by assorted ministers confirms that it will not be very easy to jet off to the sweltering beaches of The Med for this summer's essential bout of sun worship.
So, many parts of the industry are seeking ways to extract money from customers obliged to find their summer repose here in Blighty, despite the rain!
Because of the history of the Welsh Capital, Cardiff Bus struggles to find joyous places to visit using its "normal" bus services. Cardiff Bay, Penarth and Barry Island are the best available, plus St Fagans which the council owned bus company does NOT serve!
First up (as we have to say these days) is Cardiff Bay, and we are given a frequency guide, more than enough as the "Bay Car" route is relatively short.

But do be aware that although it is all on-line, it is not necessarily correct. Both map ...

... and timetable displayed by a third party are WRONG! (But it is all on line!). The Bay Car does not, currently, circle the city centre nor does it run every 12 minutes on Mondays to Fridays!
Cardiff Bus has a horrid Google derived map which looks correct ... 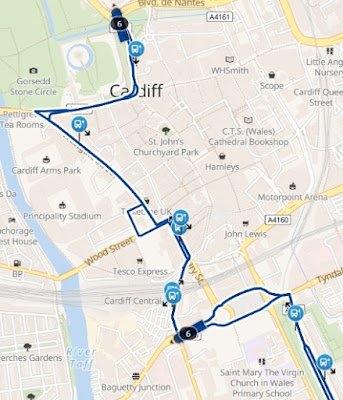 ... and allows you to watch the buses leap, grasshopper style, around the route. It even copes with a diversion off-piste, presumably for road works! Or maybe the driver of that bus has got lost?

The leaflet reproduces the departure lists from the standard Cardiff Bus information ... 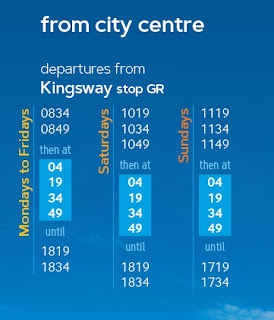 ... and gives tantalising hints of the delights to be found at the end of your 18 minute ride. 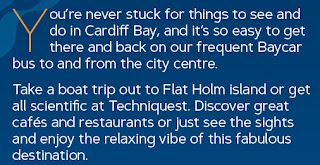 Hmmm? Can a "vibe" (vibration?) be relaxing. 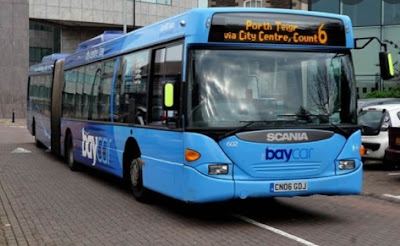 Perversely, the leaflet makes no mention of the normal bus services to Penarth and Barry Island. fbb would have thought that a simple statement of frequency, as per his blog of yesterday, would be helpful.
Nevertheless, potential passengers are offered the brand-new open topper to Penarth ... 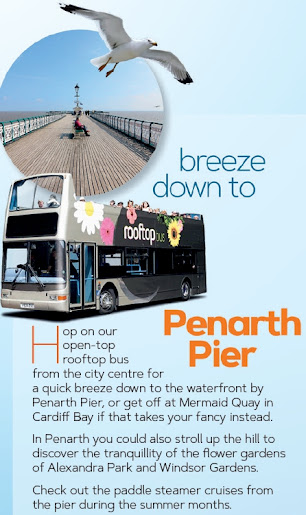 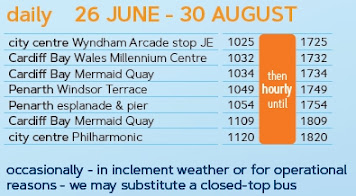 Fares on offer for city routes and to Penarth look good ... 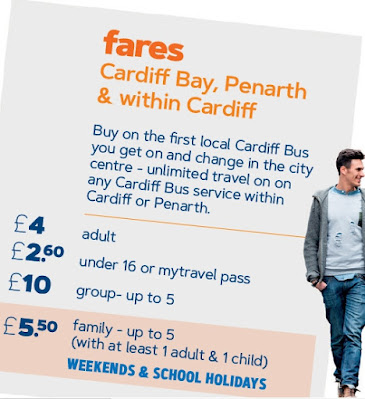 ... with the weekend and school hols offer being particularly attractive. Well done Cardiff! (N/B. Don't buy a "group" ticket if there are only two of you; and make sure you obtain a passing child for weekend rides!!).
fbb notes, with a wry smile, that the graphics designers, in aiming to give the best impression, have computer-brushed out the fleetname on the side of the open topper. 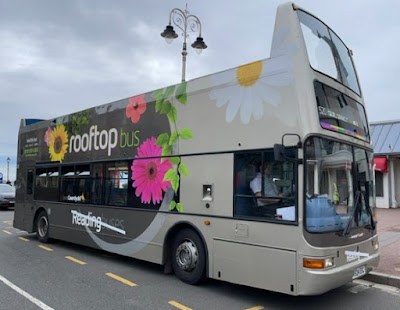 Cardiff Bus are open topper-less, so they have had to borrow one from Reading. A strip of gaffer tape deletes the Reading name (hardly?) but maybe Reading Buses was uneasy about letting young Blodwyn loose with brush and a tin of dark grey paint. 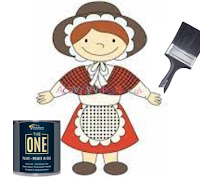 Cardiff Bus used to have one of these ... 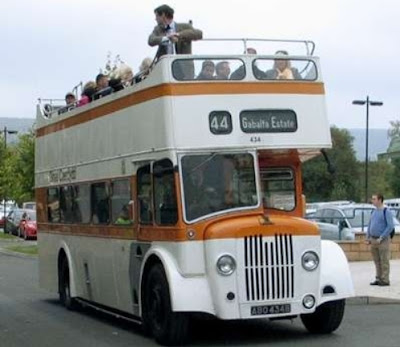 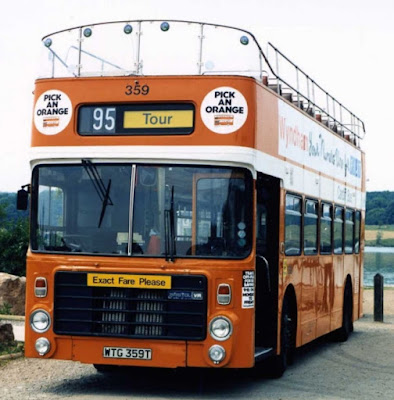 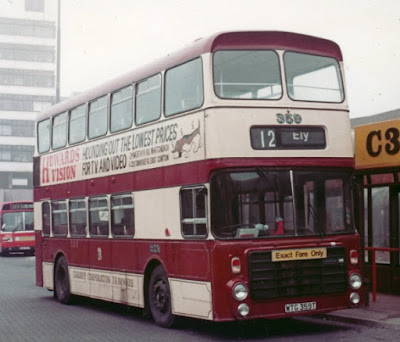 ... and most recently was all over blue with Chepstow Classic Buses ... 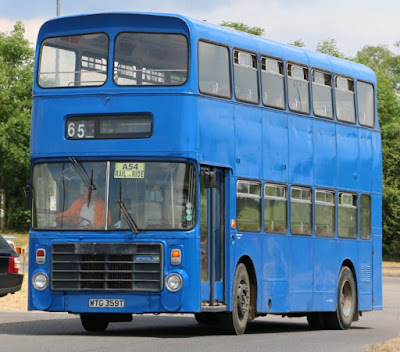 ... and its lid glued back on!
For Barry Island there is a special bus service ... 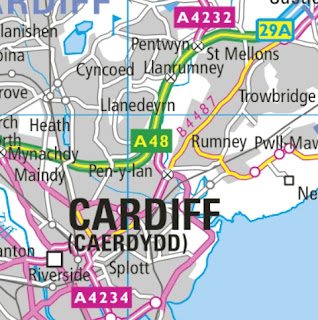 ... from districts to the east of the city. 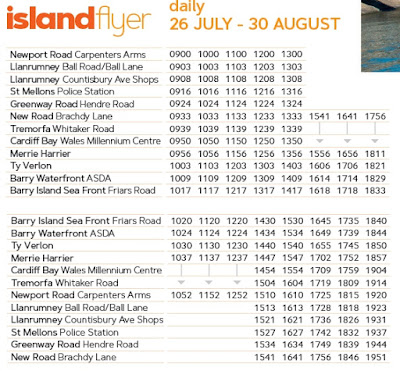 Despite what the timetable appears to say you can catch the 0903 from Llanrumney, arrive at Barry Island at 1017, enjoy two hours on "the island", a bag of chips and a shelter from the rain, then catch the 1220 back to Llanrumney in time for lunch. fbb has filled in the gaps! 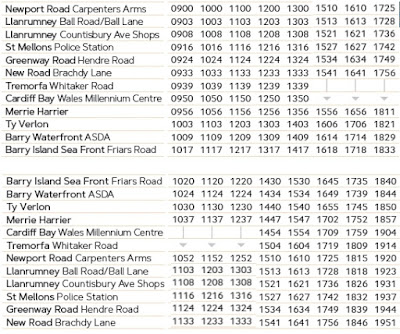 Barry Island was the "Blackpool" of Cardiff and the Valleys, but it is now very much in need of regeneration - but it is still a popular destination ... 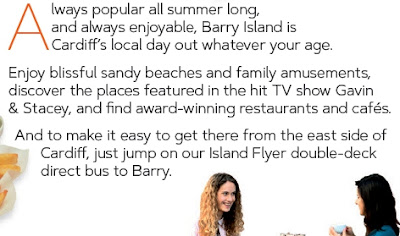 ... and this time the good fares deal for families does not appear to be restricted to weekends or school holidays. Maybe a mistake? 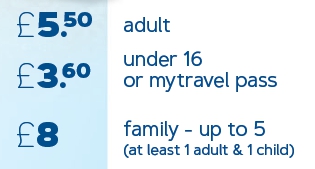 Of course, the leaflet also lists the central Cardiff "sights" which can be visited after a ride into town on the all-year-round timetabled services. 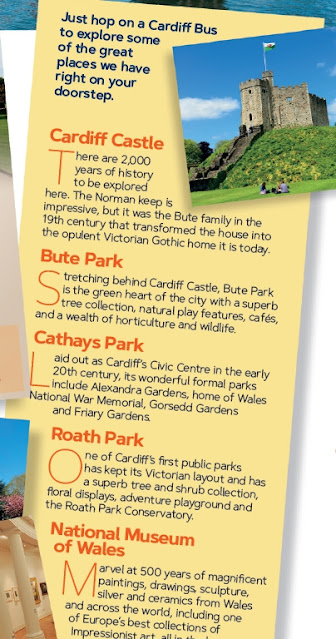 Despite fbb's minor niggle about the lack of information about "normal" buses to Penarth and Barry (maybe considered too complex for a "come and ride me" leaflet?) this little pamphlet does what it intends to do - it interests its readers in the opportunities for a ride on a bus to "somewhere nice".
The industry needs much much more of this sort of publicity. "Commuters" are OK; "Shoppers" are cool, but they are regulars, routine travellers by bus. The industry needs to captivate those who do NOT normally think bus if they want an "outing". There are bums to be lured on to seats and cash to be rootled from purses.
This publication makes a brave fist of doing just that despite having only a fairly limited "product range".
But there are yet more leafleted surprises to come.
Rip-Off London? 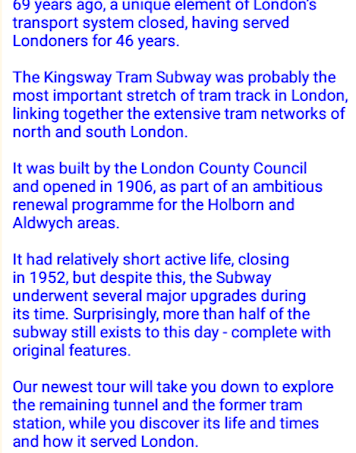 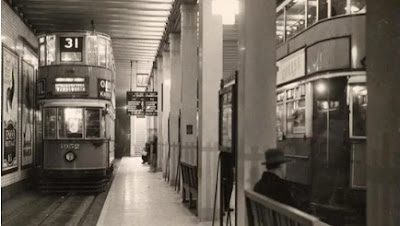 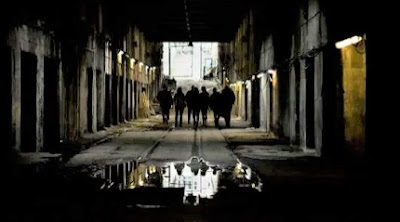 And a bit spooky! 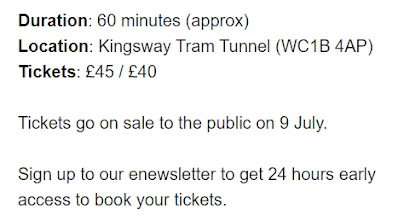 £45 quid for an hour? How to make money from suckers - or wealthy tram enthusiasts!
Beyond Belief (But Positively)!!
fbb has realised that, as he has prepared these blogs, he knew very little about railways in the Penarth and Barry area; so decided to order a book. Faced with a choice of second hand plus postage or brand new via Amazon Prime, your impatient blogger decided to pay the few quid extra for the latter. 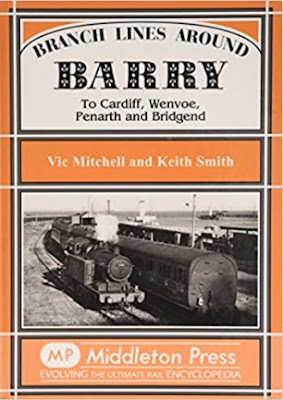 This it was that at 2030 on Sunday evening the "pay now" button was pressed on the well known South American river web site.
At 1400 yesterday (Monday) the book arrived at fbb mansions.
How do they do it?
Beyond belief!
Next Cardiff blog : Wednesday 7th July
Posted by fatbusbloke at 02:00