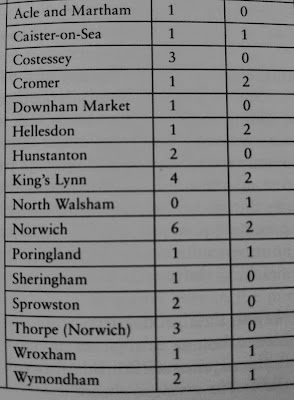 The 1944 Education Act had a significant effect on Public Transport with Eastern Counties requiring 46 buses in the county of Norfolk alone to transport the eager little kiddies to their halls of academe.

Then there was Jam. 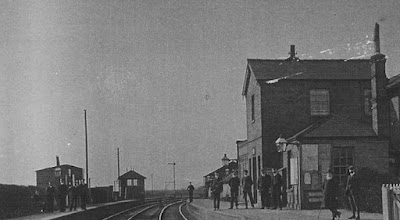 Right next to Histon Station, a short hop north of Cambridge, Chivers had one of its factories. At its peak it employed 3000 staff making jam, marmalde and tinned fruit; also working at the in-house fruit farms in fields nearby. 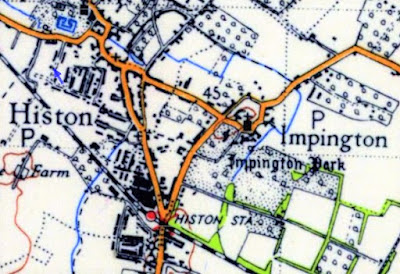 The black mass north of the red station blob shows the extent of the factory. 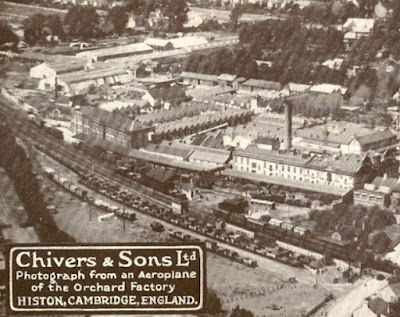 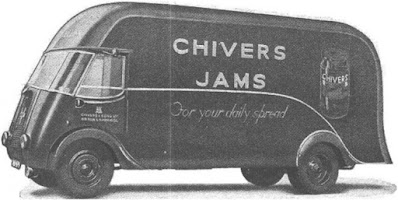 ... would take their yummy products to their eager sweet-toothed customers. The quality of the product was emphasised in adverts ... 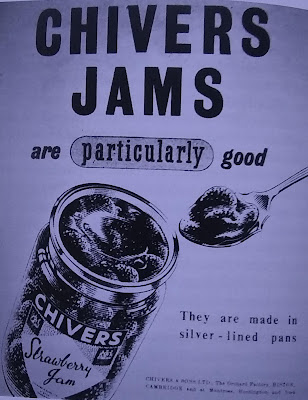 ... reminding customers that their jam was made in silver lined pans. So Eastern Counties was the company that got the workers from all around the area to the works on time. Again, it was a substantial operation. 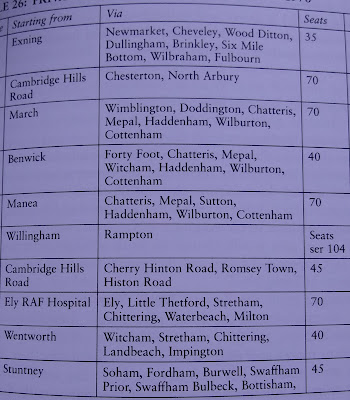 The above block of hired buses would convey nearly 500 people and that was only part of the overall commitment. 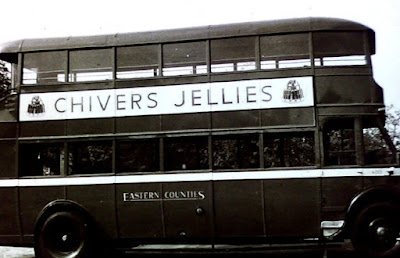 Fior those not as vintage as the company's marmalade, the brand was well-known and respected throughout the country and around the rapidly declining British Empire (which is now such a "dirty word"). The products were yummy!

And they contained that magical ingredient, REAL FRUIT from the East Anglian farms - although maybe some contents were imported.
For the record, Chivers was sold to Schweppes, merged with Cadburys and finally dropped as a brand in the UK. The factory was sold with a small production unit retained in use by another company. 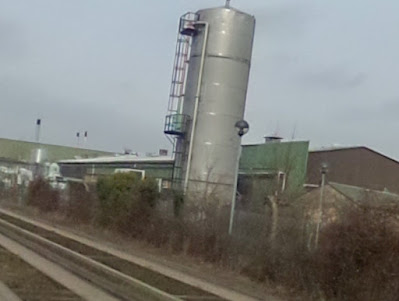 Chivers Way, leading to anonymous office blocks, is the only tangible reminder of the sweet delights that once emanated from the factory gates. 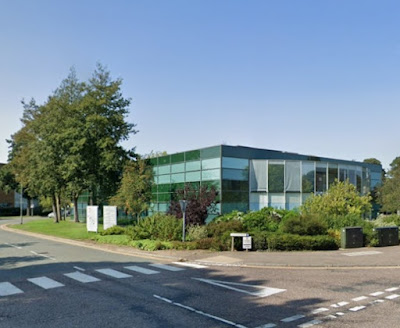 Histon Station is also gone, now being a humble bus stop on the Cambridge guided busway. 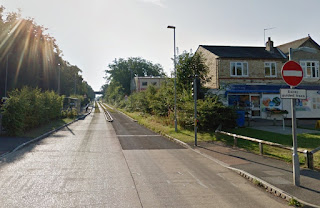 Sadly, even the opulent main office block has succumbed to the wrecker's balls in favour of "efficient modernity". 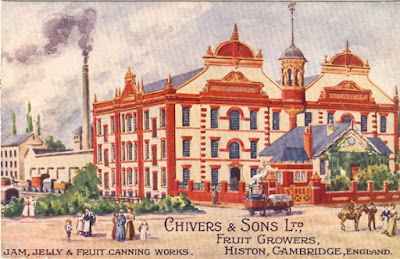 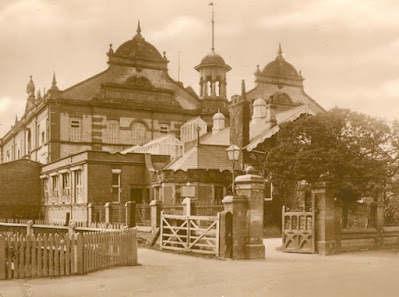 The Chivers brand still sells in the Republic of Ireland.
Chivers has been bringing Irish families together around the table since manufacturing began in Dublin, in 1932. The first Chivers factory was situated in Henrietta Place until a new factory was built at Beech Hill in 1952. The Chivers factory at Coolock however, became the familiar home to the brand in 1971.  Loved through generations, Chivers continues to delight Irish families with its delicious ranges of preserves and jelly!

And Express And Excursions
Express services run by what became the National Bus Company were hived off to National Express whilst scheduled excursionss, often to seaside resorts, have all but disappeared from the roads of Britian.
So the modern reader may marvel at this table:-

Look at the range of destinations. Again, these were sold as quality services with genuine luxury coaches. 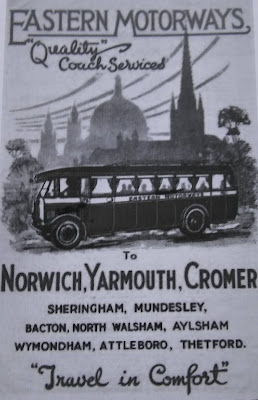 Although the vehicles may look like rattle-traps to the modern reader, the holiday maker would sink into their luxury padded seat and feel like royalty as they rode to Liverpool ... 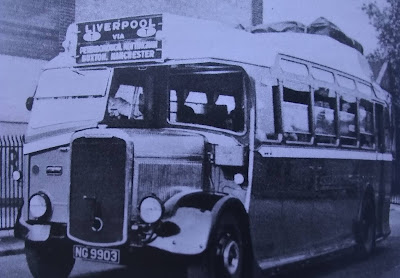 ... perhpas for an onward connection to Southport or the Wirral resorts.

But Decline Was Beginning To Set In. 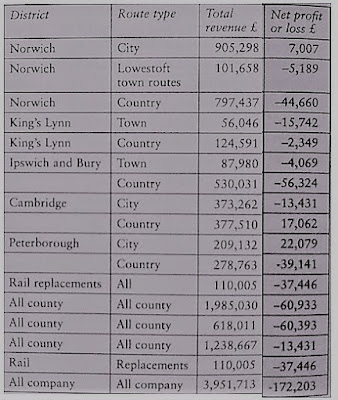 This table from 1970 is just one of the horrific lists of financial infromation which Ben Colson reveals. On the left is a list of depots, followed by the type of services operated, then the total revenue and, at the right, the profit or loss.
When this table was compiled, only Norwich City services, Cambridge country and Peterborough City made any money at all.
On a revenue of just under four million, the company made a loss of 172 thousand.
SOMETHING had to be done!
There is so much in Ben Colson's book, ranging from personal anecdotes from the good old days, to the difficult finances of a big nationalised bus company. fbb must be honest, he has yet to take it all in!
If you have ANY interest in the running of buses as a business, ior if you are in managemeny in one of today's "successful" operations, this book should be essential reading. His last chapter is headed ...
"A Look Forward - Reasons To Be Hopeful"
fbb is not so sure! 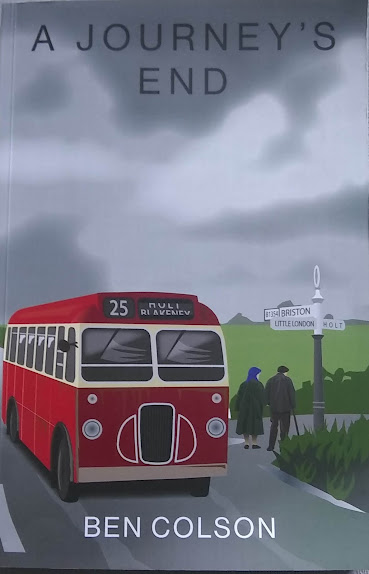