But First - A Catalogue Of Errors!

Of course the parodied poem was not by Thomas Hardy, an error which would have turned A Level English teacher Donald Hickling into an apoplectic seething blob and would have reduced fbb to a sniveling and gibbering wreck. Thomas GRAY wrote the poem outlining his allergy to country churchyards.

And then there was the bus that "would never go to Blakeney". True, it was pointing towards its ultimate terminus of Norwich, but when United ran the 25 it ran to and from Blackeney. 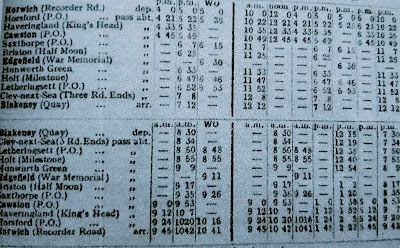 Maybe the vintage oldies were arriving back from Blakeney etc off the 7.30pm Saturday bus alighting at the illustrated cossroads just over an hour later. 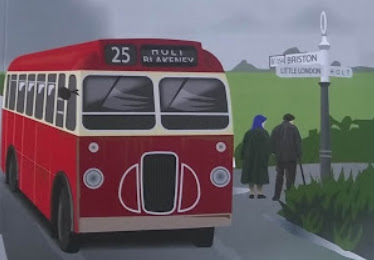 Then there was Ben Colson's Norfolk Green bus with a reference to the M & G N R. It wasn't lurking in the bowells of the interwebnet, it was in the book! 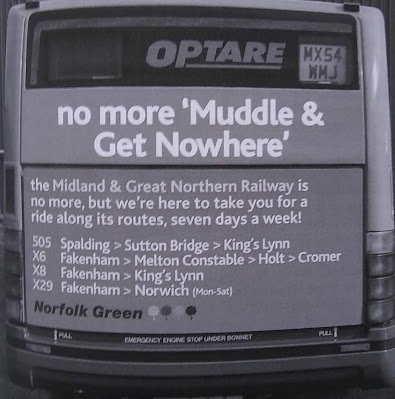 Despite soaring temperatures in sunny Seaton, fbb does not like the heat and, most definitely, the heat does not like him. So be kind and put the errors down to "a touch of the sun" rather than total ignorance!

And So To "A Journey's End" 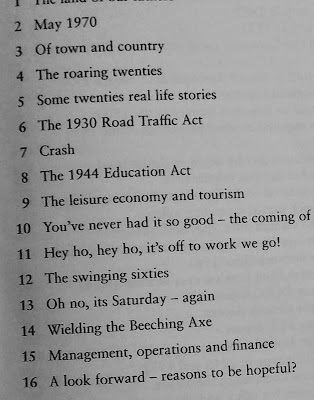 When working out whether to spend some of his weekly pocket money on yet another transport book, fbb often turns to the chaptet headings. Here, it is obvious that this volume is full of words not pictures; indeed it does not seem overly interested in Mr Gribble's McCrockett bodied Leyland Comet languishing is an East Anglian farmyard. Neither is it a history of bus routes!

For fbb, what remains is the most fascinating part of his "hobby" - it is about the history of the bus business, notably Eastern Counties from 1930 to 1970. There is a good bit of overspill to underpin and overpin the core years being considered.

So we begin with a reminder that East Anglia is a rural community ...

... where, until post WW1, the "industry" was horse-drawn agriculture and most residents would only travel "into town" by foot or cart on market days to sell their wares and buy others. 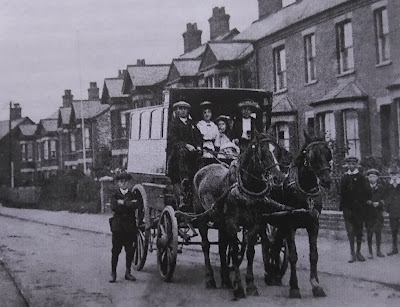 Colson then reviews the growth of the bigger companies; Ortona at Cambridge ... 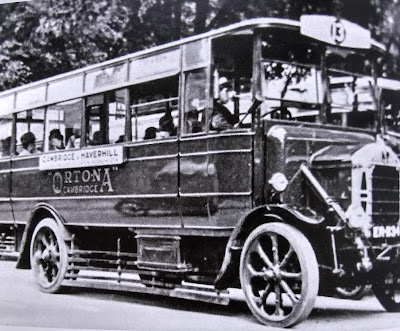 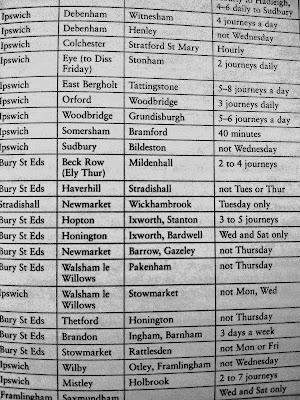 Of course, local booking offices or sales agents were becoming common and fbb was delighted to find this beauty in Colson's book. 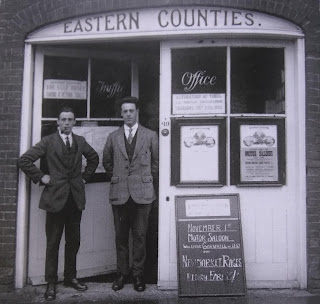 The current holder of 49A St Johns Street in Bury St Edmunds is a fishing tackle shop! But it may not be the same building - much has been rebuilt. 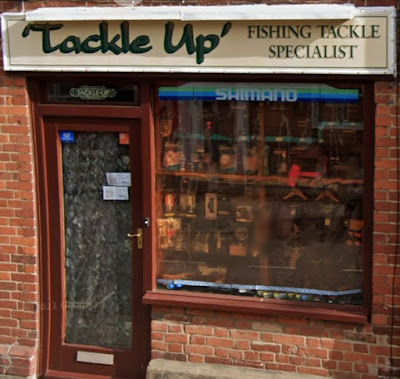 Note the name in the window above the door ...

... a facsimile Southern Region station sign!
Then came regulation in 1930. It is fair to say that Ben is less than enthusiastic about regulation; he proffers the view that the service was in the hands of Traffic Commissioners and Local Authorities both of which seemed to discourage innovation and make a determined effort to retain the "status quo" even if it were unsatisfactory!

For Eastern Counties, it was a time to sweep up a whole bunch of small and medium sized independent operators. The book has a two page list of over 50 such. 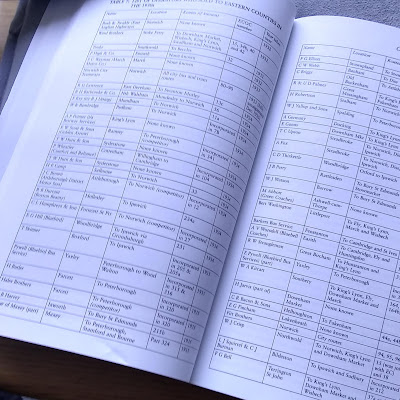 Maybe the domination of the big companies may also have stifled operation of local buses for local people?

The railways also feature; with closures pre-Beeching and within the world of the axe; but there are hints that integration was almost always lacking. 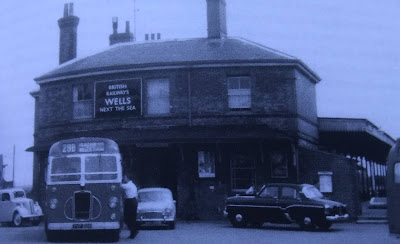 This bus at Wells station would depart having made no attempt to connect with a train. It would trundle with few passengers for about an hour to Heacham ...

... where it would terminate at the station and, again, offer no suitable connection with trains.

Heacham station now provides holiday accomodation in a railway carriage and in the waiting room. 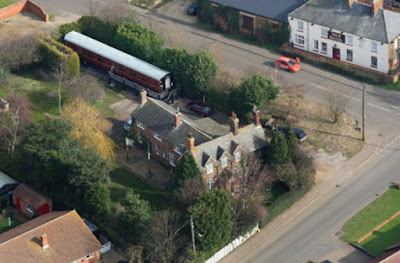 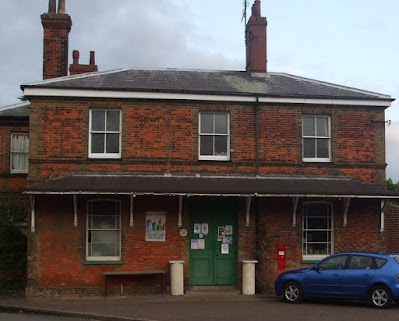 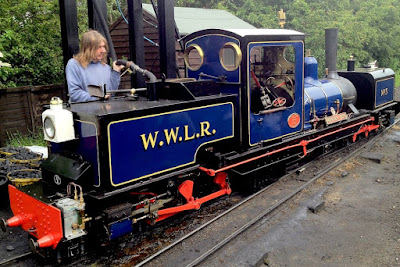 ... follows the soutbound route but has its own station to the east of the town on the Stiffkey (pronounced Stooky) Road. 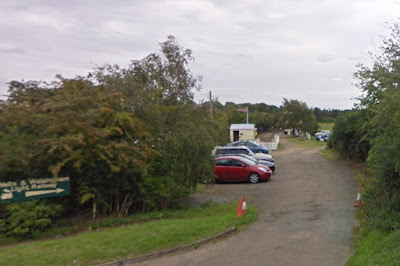 Mr C does not say which way the 29B at Wells went to Heachan but possibly it ran cross coutry via Burnham Market and Docking ... 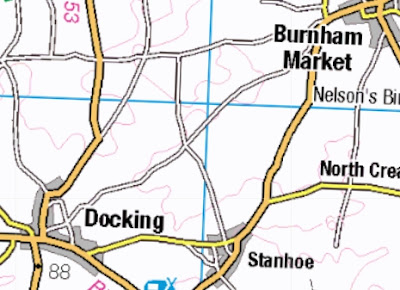 ... in which case the bus and its sparse train alternative mode would have beem competing with each other for the few lonely passengers.

Ironically an alternative route from Wells to Heacham would follow the route of Norfolk Green's superb Coasthopper service, developed by author Ben ... 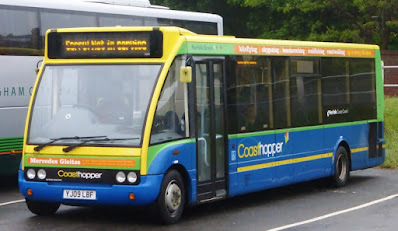 ... but now lost as a long through coastal service since Stagecoach pulled its corporate plug.

Tomorrow, we look at the rise and fall of Eastern Counties through into the 1970s. 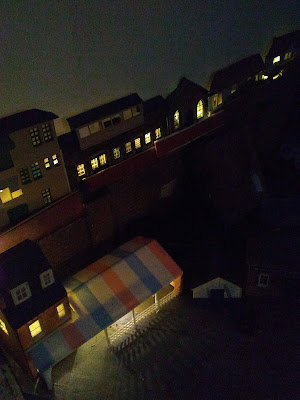 Whilst the buildings behind the station look OK when it gets really dark (2220 Sunday night), the Castle lights take on a ridiculous glow. 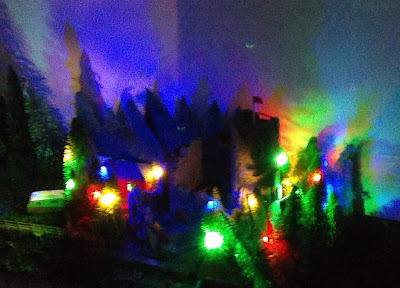 Turning the camera "aperture" down makes no difference - there is just too much light. What you need is "scale brightness". Instead you get more than the Aurora Borealis, rather some terrifying alien invasion.

Maybe Peterville Castle is presenting a huge professional laser light show on days when the railway is open at night. 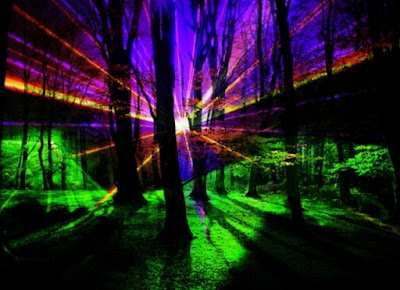 Can you fit a dimmer to six volt LEDs? And should fbb be looking for a rock band plus hidden MP3 player to complete the picture?