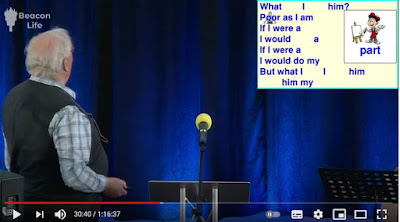 After taking the church service on Sunday (well received, Praise God) this week has been about printing, folding, stuffing, posting and locally delivering our monthly leaflet. This maintains contact with those who came to our monthly Sunday afternoon tea meeting (BC) and attendees at our Monday bible study (every two weeks also BC). About 50 copies are distributed containing items linked to a letter of the alphabet.
We have simple (?) secular puzzles ... 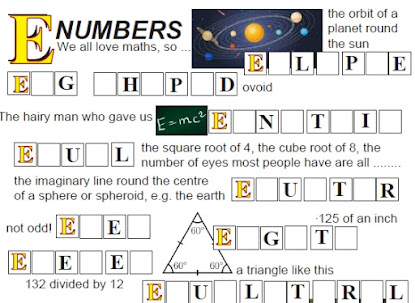 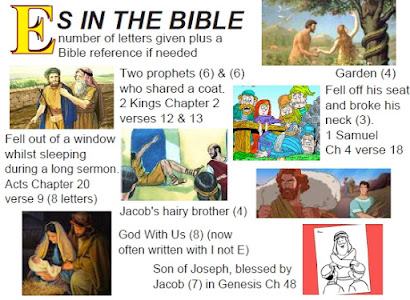 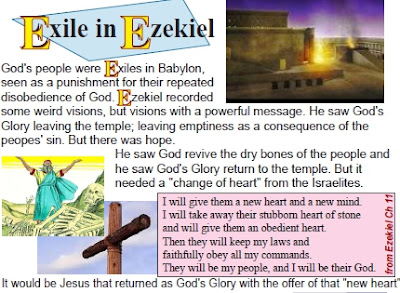 The leaflet, we are told, is "eagerly awaited" each month but its production and distribution has meant little development work on the Peterville Quarry Railway. More "stuff" has gone into the as yet un-stabilised outdoor cupboard but other projects have been small.
Work has started on assembling and painting that very difficult kit for the station bookstall ... 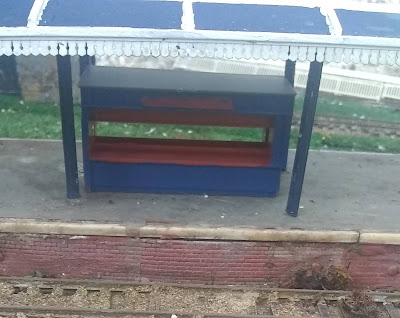 ... and an inexplicable problem manifested itself with the marquee for the new cafe. It warped! The problem was solved by gluing a strip of ply edge on under the "canvas", Fortunately it can only be seen when viewing the model from below baseboard level, a seriously athletic position rarely adopted by fbb. 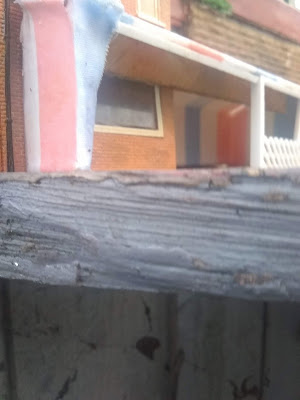 As is often the case, you can't see the join, at least not from a normal viewing angle! 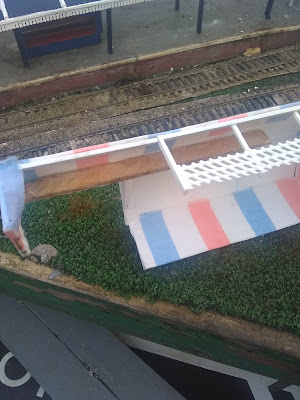 One day after the bodge, it looks as if it has worked.
We'll Take That As Red - A P.S.
When fbb was reviewing the proliferation of a bright red livery in various First Bus domains, he completely forgot South Wales. Here red buses are labelled for Swansea ... 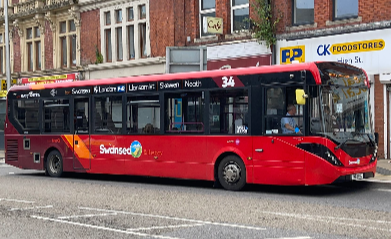 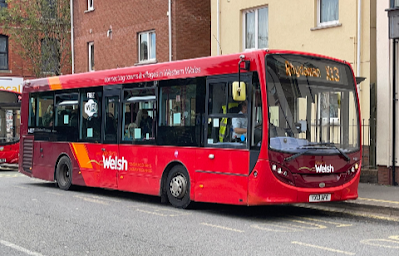 Close inspection reveals the word "western" in very thin, almost illegible, orange lettering above the main bold white "fleet" name. Thin orange on bright red does not work.
Lacking any sense of perception, your elderly blogger had not noticed that the new red garb for one of First's fleets in South Yorkshire actually reads "Doncaster's" (possessive case, for the grammatically astute). 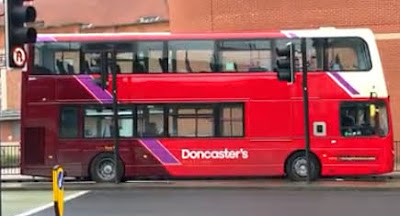 Upon closer inspection the weedy orange script appears below and reads "Red Buses". fbb is not sure why you need a label (if you could read it) telling you that red buses are "red", but who really knows the mind of Ray Stenning? But there it is ... 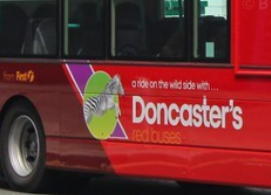 ... and in this case, complete with a zebra. Of course many Doncastrian bus passengers may have forgotten the flocks of Equus Hippotigris Greyi than roam the fields south of the town, here shown at a watering hole near Finningley. 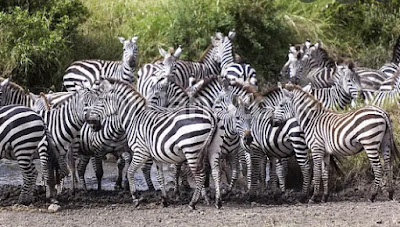 Well worth a mini safari on First Bus route 57 ... 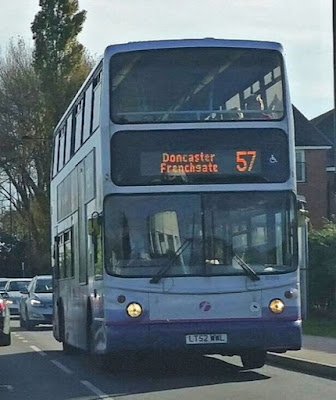 And Go Ahead North East has a bit of a copy cat offering! 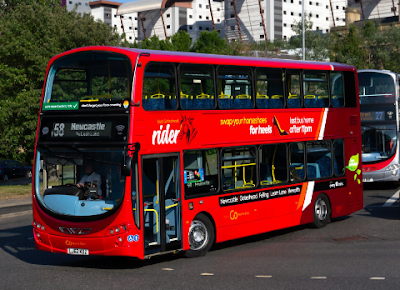 Other GNE "Rider" buses are orange, and, guess what ... 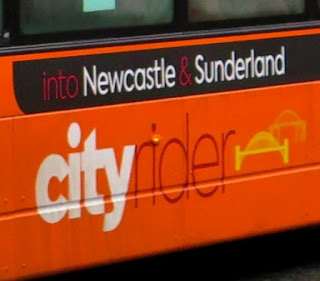 ... the First Bus colour combination is reversed, thin red on orange. And it doesn't work "reversed" either!
Talking Of Livery
fbb knew that in the very early days of British Railways, well before Ray Stenning was even the faintest glint in his mother's eye, British Railways did some livery experiments. The outcome was that class 8 passenger locos would be blue (as in the A4 pacifics), other express locos would be green, bog standard mixed traffic locos would be black with lining and freight only chuffers would be plain unadorned black.
In this process there were some interesting colourways.
Until Bachmann announced their latest model, fbb did not know that a "Jube" (Jubilee Class 4-6-0 for those who lack the spotterist patois) appeared in a rather fetching green ...

... similar to the apple green of the pre-nationalisation L N E R.
And whilst with Bachmann, does anybody know why their prices are so weird. We all understand the myth that consumers think that £59.99 isn't really £60 but ... 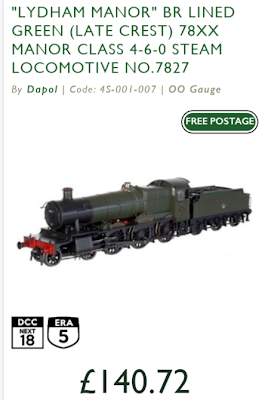 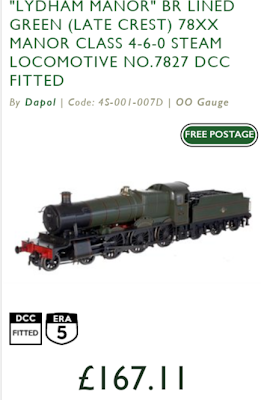 Whether these are Bachman prices or Rails of Sheffield inventions, fbb does not know. But in these inflationary times, £1 has to be "small change" in any purchasing decision for a OO gauge locomotive, so why the odd odd pence? Do railway modellers really think these are "fair enough" prices because they have meaningless numbers of pence after the decimal point.
And a superb Birthday Present. 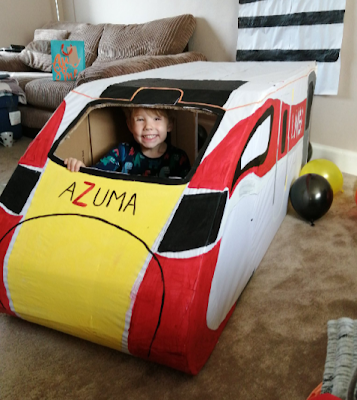 Youmg Alfie is seen at the wheel of his immobile but spectacular cardboard Azuma specially designed for youngsters to go a-zooming! What a wonderful way to sow the seeds of long term ferroequinoilogy!
Mr Southgate WILL Be Pleased! 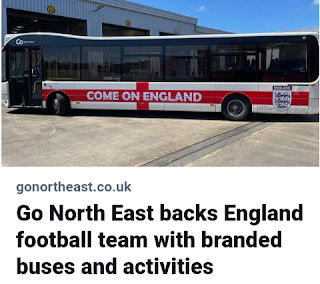 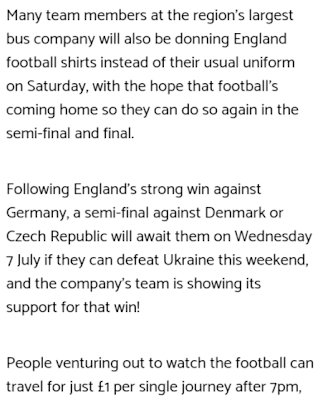 "Come On Ing-Ger-Land" is, apparently how you pronounce the text on the side of the bus. 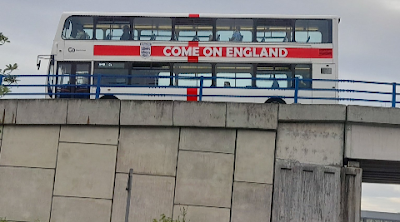 And a decker as well!
And another operator joins the £1 evening fare club ... 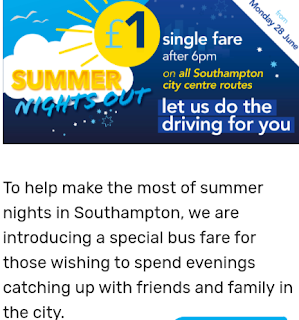 ... so why not over the whole BlueStar network, eh? Seems a bit beastleigh for the folk from Eastleigh.
What Is Slough Famous For?
For what is Slough famous?
Apart of course for John Betjeman's call for successful bombs! 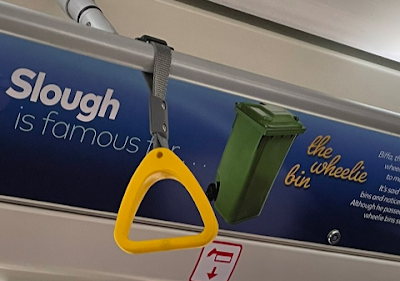 No, neither did fbb!
Unless it is a Ray Stenning economy with the truth.
It must be quite hard to populate cove panels with positives from Slough. The architecture of the railway station is, however ... 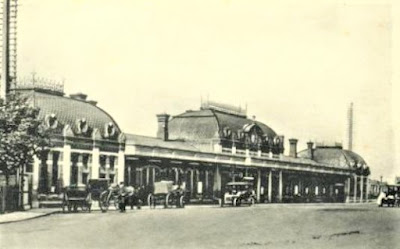 ... worth a brief outburst of adulation!
Coming very soon; we pay a visit to here. 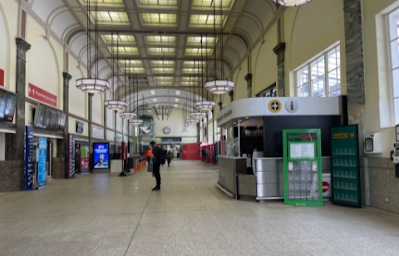 But where is it?
Next Variety blog : Sunday 4th June
Posted by fatbusbloke at 02:00