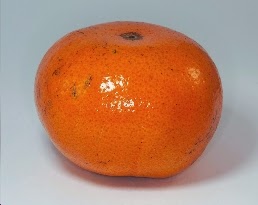 ... is very different from a standard First Bus Offering. There is a list of services arranged diagonally ... 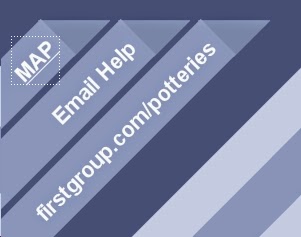 ... with other, less useful headings; apart from "Map" which brings up a simplified but largely geographical network diagram. 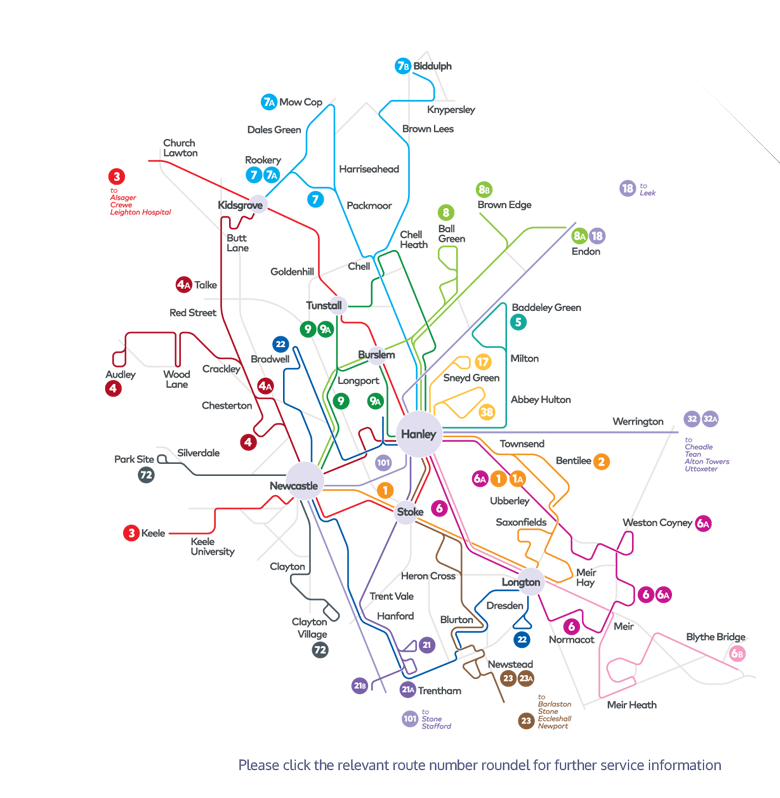 There are a few limitations to this introductory stuff. The map is in PNG format, i.e. a graphic, and does not enlarge at all well. 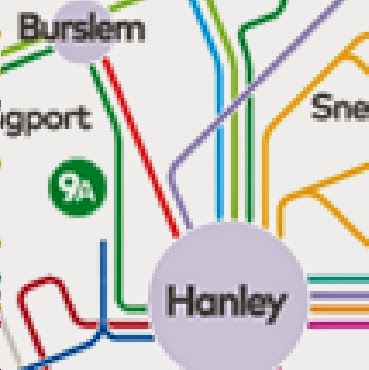 Elsewhere on the site you will find a better PDF version which, of course, does enlarge without loss of clarity.

More irritating, however, are the consequences of enlarging the whole page. The diagonals all disappear and everything gets, literally, out of proportion. 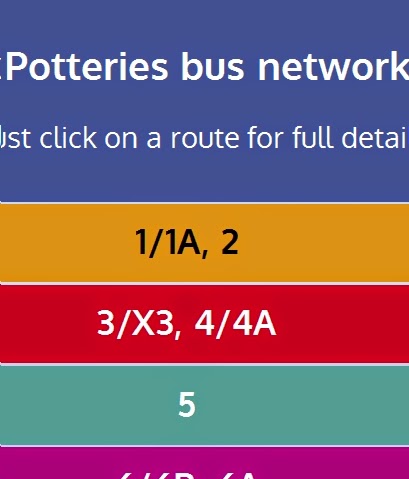 Maybe it's something to do with optimising the site for tablets. The designers should take some and consider the majority of us who still use those steam powered laptops that are so derided by the modern youff.

Clicking on the chevron for service 1,1A and 2 opens a page packed with good things tangerinic. (It's good fun, inventing words; Shakespeare did it all the time!) 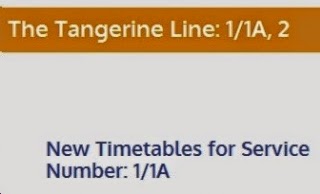 Unfrotunately the timetables are in First's standard HTML (internet display) format which is generally poor. 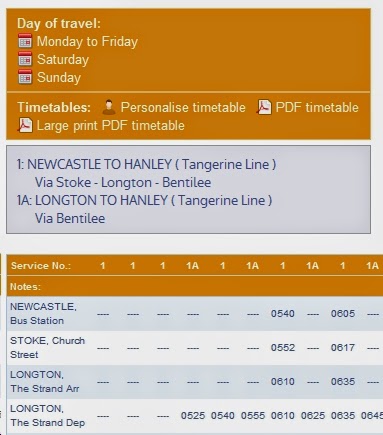 There is too much "white space" (and pale blue space) and the font is too small but enlargement does improve things. Noteworthy is that only a few morning journeys and the later evening service use the too-small bus station at Hanley; buses operate from stops in Old Hall Street. 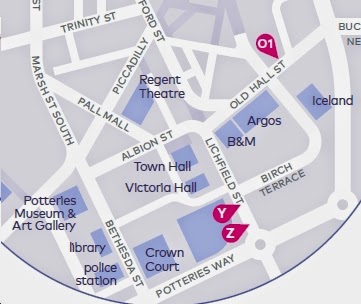 General information on fares is provided ...

... although "from just £1 for a short hop" hides a multitude of sins. Unusually for the modernised First Bus, a "young person" is charged significantly more than half fare. Ouch if you are a kid! Yesterday, local paper The Sentinel revealed the fares changes.


New fares come into force
following major shake up
of First Bus network
Some passengers could end up paying more for their daily commute as fares on some longer First Bus journeys rise. But people travelling within the new 'Potteries network' will get a cheaper deal on tickets. The new charges are being introduced as part of a review of the bus company's North Staffordshire services – with new routes, timetables and colour-coded maps and buses. 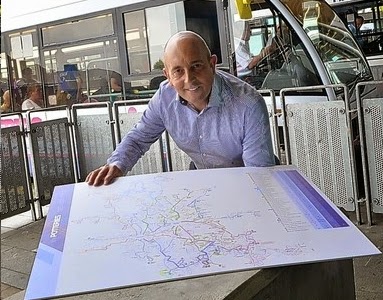 First spokesman Ady Culpin said: "We have introduced a new range of tickets called 'Potteries tickets' that have been priced cheaper than our 'all network' ticket range. And we have had a trial with a new 'short hop' £1 ticket, which allows people to travel for three stops within that Potteries network area, which has gone down really well. To balance the cheaper fares out, we've had to increase the price on longer routes in line with the distance being travelled, which we feel is a fairer system." 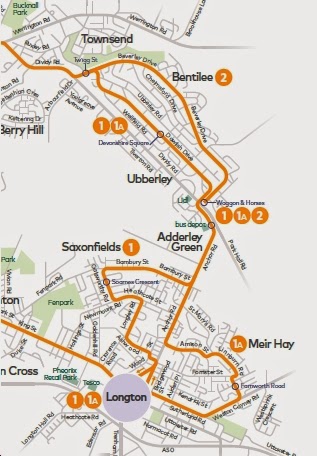 This on-line page also shows local maps (see Old Hall Street above) for all the main towns; the Tangerine drips its pips in three of the historic five/six towns, namely Hanley, Stoke and Longton. It omits Fenton, Tunstall and Burslem but terminates at Newcastle once outside the conurbation but now swallowed up. 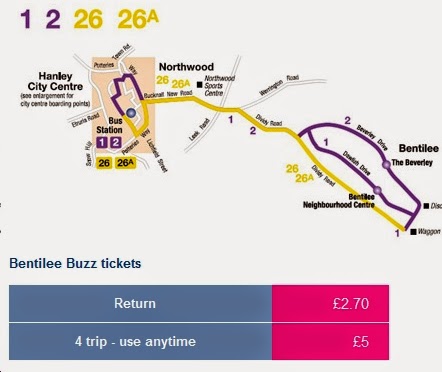 With these city-wide schemes, the devil is often in the detail. Buses of Taunton and/or Somerset struggles to present a complete image months after the brand was launched. Will Potteries stop flags be branded; i.e. have First Bus contractors been out all day yesterday and overnight with their sheets of sticky-backed plastic? Is there a timetable book? Are leaflets available, not just in the city centre, but at shops and community buildings throughout the City?

And, critically, how many vehicles will show the new network brands? Please let your chubby blogger know.

fbb has requested leaflets, but none has arrived - yet. Of course the 64,000 dollar question (a phrase well out-of-date since "Millionaire" hit our screens) is, have First got it right; or will there be a forest of timetable changes in a few months to confuse everybody? The Tangerine timetable heading does not inspire long-term confidence.

Tomorrow, we will attempt, without safety net or protective clothing, to explain what has happened on the ground by analysing one set of routes, before and after the change. Does the fat bloke know no fear?

Next bus blog : Wednesday 23rd July
Posted by fatbusbloke at 02:00