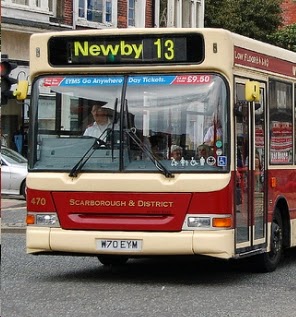 In February 1987 EYMS was sold in a management buyout. EYMS began to expand, purchasing many of the independent operators in its local area, including Connor & Graham, Cottingham Mini Coaches and Primrose Valley Coaches. 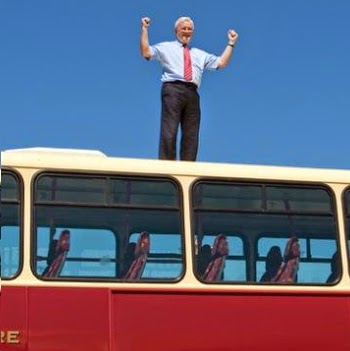 The big cheese is Peter Shipp, a shy and retiring managing director who rarely gives interviews and avoids the publicity limelight at every possible occasion. Which makes tonight's programme such a huge surprise! 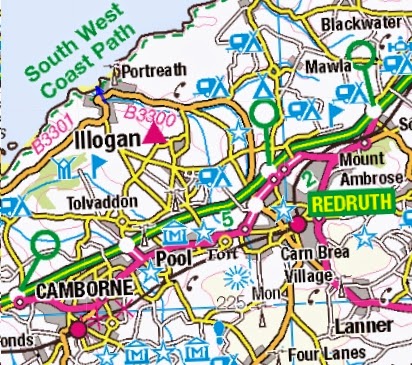 The bit of railway archaeology that fbb spotted as he toured Portreath in a First Bus service 47 bus was this odd-looking bridge. 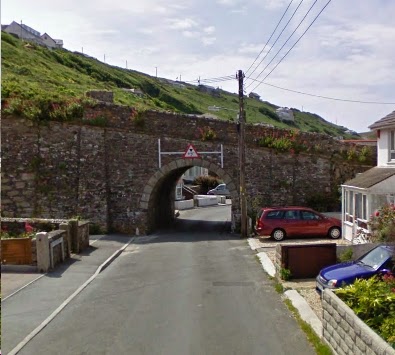 It clearly carried some railway infrastructure over Glenfeadon Terrace. Unless the line was operated by a hitherto unrecorded rack and pinion system, this must have been a rope worked freight incline, not a busy passenger branch.

Google maps aerial plus old maps reveals the branch from near Carn Brea Station and there are (were?) signs of the junction ... 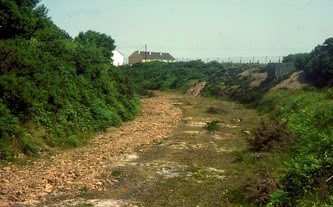 ... and odd bits of embankment on the way as here at Spar Lane, Camborne. 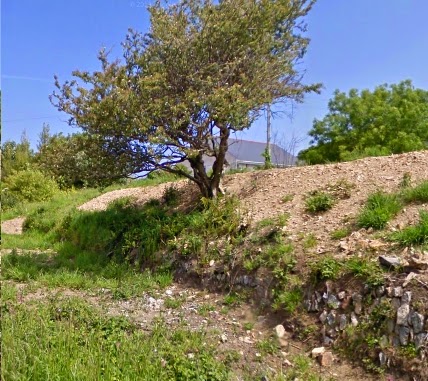 But the remnants of the Portreath Incline are very obvious from above. 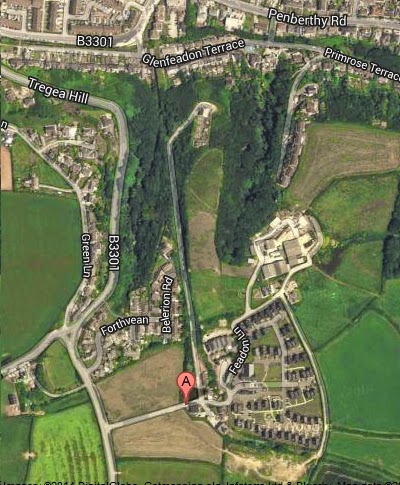 Staring at "A" the slope drops down to the bridge pictured above and obviously continued to the side of Portreath Harbour. Needless to say, there is on-line information to be found.

The Hayle Railway was opened on 29 December 1837 between Hayle and Portreath, with the remainder opening during 1838. When fully opened, its eastern terminals were at Redruth and copper and tin mines at Tresavean and Lanner, and it ran to wharves and a foundry at Hayle. 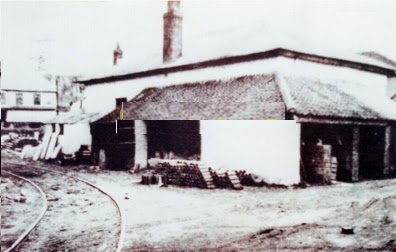 The railway enabled the transportation of copper and tin ore from the mines, using coastal shipping or onward transport. 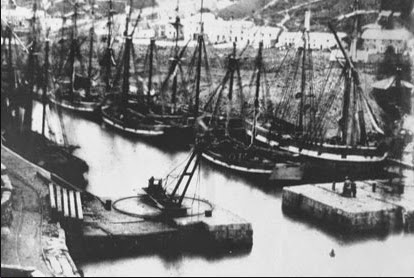 Coal (for fuelling pumps which kept the mines dry) and machinery and timber were brought in, and general merchandise was conveyed.

No passengers were conveyed to Portreath. But it was the incline, rope worked, that provided the most spectacular part of the line.

But we can go back further than that.

The Portreath Tramway was opened in 1815, providing a horse-drawn wagonway route from mines near Scorrier in Cornwall, England, to Portreath, from where it could be transported to market by coastal shipping. It was later extended to serve the Poldice mine near St Day and became known as the Poldice Tramroad, or Poldice Tramway. The line was a wagonway (or plateway) in which cast iron plates of L-shaped cross-section were laid on stone blocks. 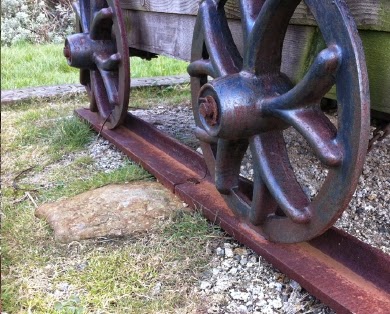 Wagons with plain wheels ran on the flat of the L and were guided by the upstand; horses pulled the wagons walking between the plates.

Although the public was never carried, it would appear that the line did have one passenger "truck" which was used to convey the directors of the company ...

... uncomfortably! Spot the difference between passenger and freight vehicle design. 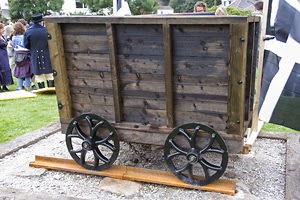 The above vehicle is on display in a small park in Portreath; and much of the former trackbed is a public footpath; as seen here at Bridge. 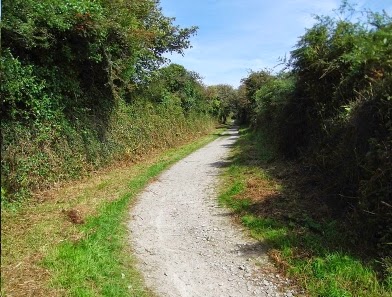 The line closed in about 1865; overcome by the newfangled steam powered Hayle Railway. Such is progress!

But while we are wallowing in transport nostalgia, we must not forget this:- 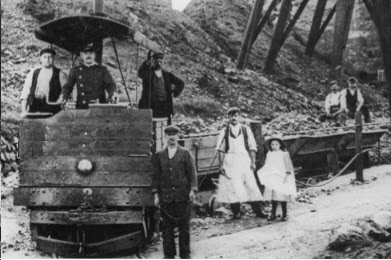 What is that pole running up through the rudimentary "roof"? A tall chimney, behimd the driver, but where's the boiler?

But our slaveringly excited readers will have to wait; fbb is away for the weekend (with Mrs fbb) staying with No 3 son at Shoreham Beach. 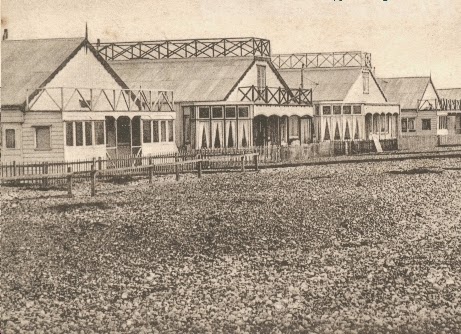 So detailed blog research and composition will be in abeyance; items "in stock" will fill the void until Monday (or Tuesday; depends on how much partying is done over the weekend!). And we MUST finish fbb's tour of First Cornwall's bus stations (etc.)

Next bus/rail blog : Saturday 12th July
Posted by fatbusbloke at 02:00