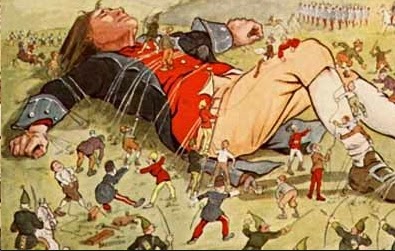 As kiddies we all remember Gulliver's Travels by Jonathan Swift. 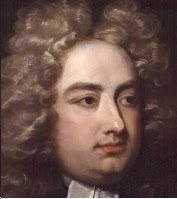 It never was a childrens' book. It was a biting satire on various aspects of society and government of his day. Generally speaking, we stop at the first section, "Liliput" and quietly ignore the other three. In "Brobdingnag" his hosts are giants, 12 times his height. "Laputa" is a flying island kingdom devoted to the arts of music and mathematics but unable to use them for practical ends. In "The Country of the Houyhnhnms" (horses) they are the rulers, while the deformed creatures called Yahoos are human beings in their most repulsive form. Get the idea? Oh, by the way, knowing how to spell "houyhnhnms" (from the "whinney" sound made by a horse) has the same effect in intellectual society as using the word "supercalifragilisticexpialidocious"!!

A Tale of a Tub was the first major work written by Swift. It is arguably his most difficult satire, and perhaps his most masterly. The Tale is a prose parody which is divided into sections of "digression" and a "tale" of three brothers, each representing one of the main branches of western Christianity. Composed between 1694 and 1697, it was eventually published in 1704.

Unless you are familiar with the  complexities of 17th century religion, inextricably linked to 17th century politics, it is best not to try to understand this seminal work!

None of this has anything to do with today's (and tomorrow's) blog except to provide a teaser of a title. It's that lorry driving chum of fbb's again, parked up for the night here ... 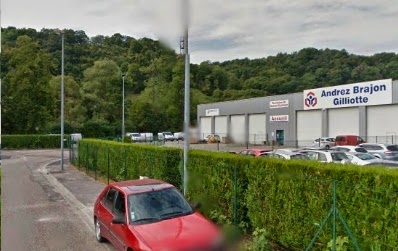 ... on an industrial estate in the town of Bar-le-Duc, France. 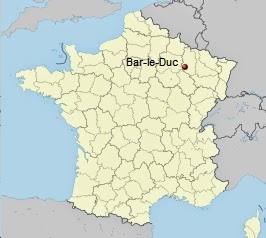 And we all know the link between Bar-le-Duc and UK history don't we? Neither did fbb. 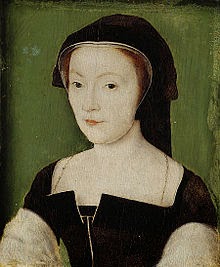 "Comme d'habitude",as they say, David the Driver telephones fbb with a challenge. "I am at Impasse  Marcel Pagnol (Impasse = no through road) and there's a bus stop at the end of the road with a flag labelled "tub". [See - we got to the tub in the end!]. And, lo and behold, there it is! 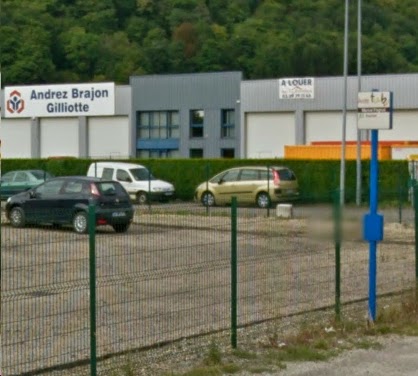 Sorry it's a bit fuzzy, but Streetview is not what you would call "hi-res". The challenge, then, using the resources of the interwebnet, is to find out all about the "tub" bus service. How appropriate for the fat bus bloke!

Initial searches as discouraging. "Bus" and "Tub" reveal this ... 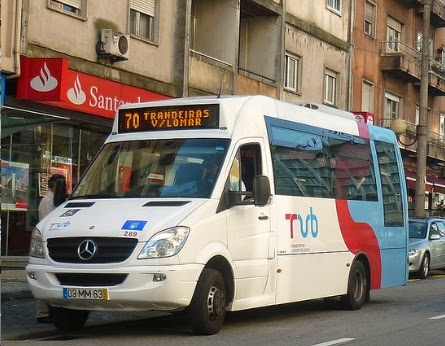 ... from Braga (pronounced "br-aye-ah") in Portugal. Entering "Transports Bar-le-Duc" give us loadsapictures of bright blue lorries. 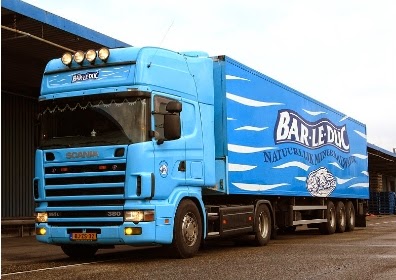 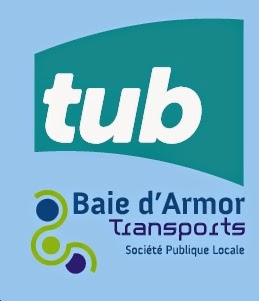 ... serving the Baie d'Armor region. St Brieuc, named after a Welsh saint, is on La Manche aka the English Channel. 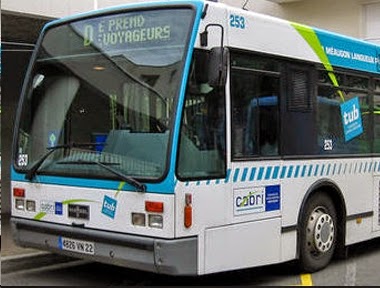 Undaunted, we find yet another tub at ...

... Bourg-en-Bresse. The town is in eastern France about 55 miles north of Lyon. 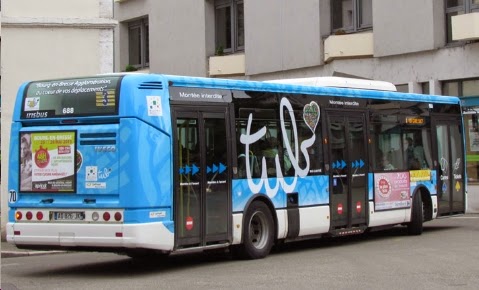 There are also lots of sites ready to sell you a tub! And we must not forget Hot Tub Cinema ... 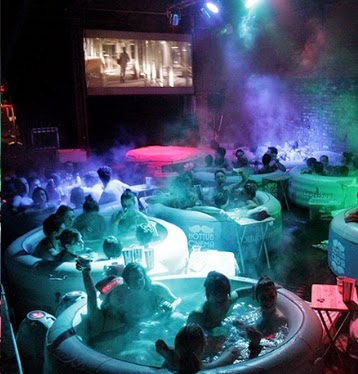 But we want Bar le Duc; and after much brain-strain pressing and guessing, your terrier-like author finds the right web site ...

And we can even see the route which passes Dave the Rave's parking spot at Marcel Pagnol.

Tomorrow, then, we look a little more closely at the town and its bus network. And it does have that "something special", a feature of service that is rare, even in France. 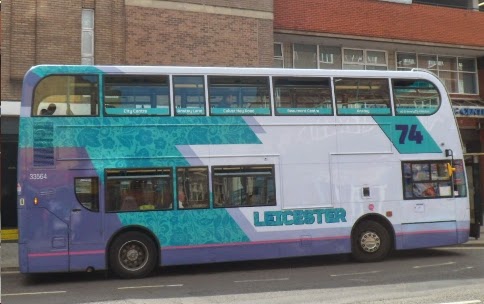 Each of the company's 13 routes will have a specially designed theme that is associated with the city. The first three routes to be launched cover Leicester's involvement in space research and technology, the work of Leicester born designer Ernest Gimson and Leicester's heritage as a centre of hosiery and textile industry. 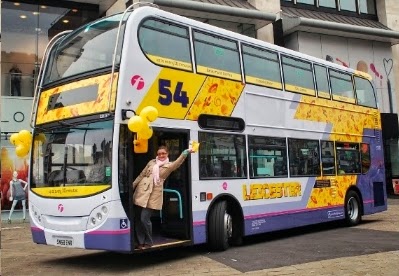 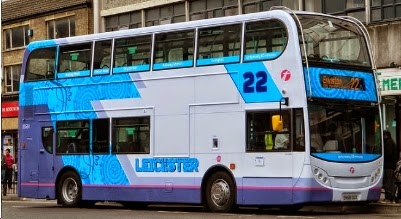 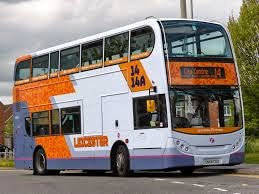 But the Potteries scheme has just been announced. Blogs coming soon!