Dave the Driver has parked his huge blue lorry ... 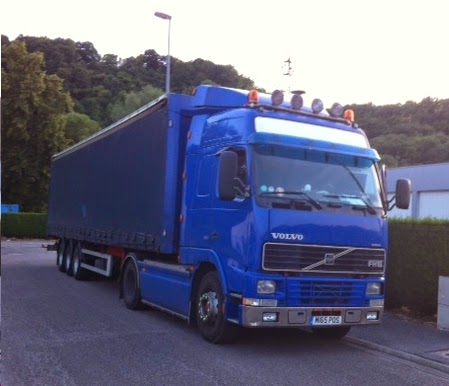 ... in a little cul-de-sac (impasse) on an industrial estate in Bar le Duc, north-eastern France. 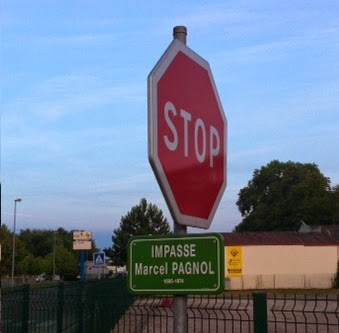 There he saw the tub bus stop flag which provoked two previous blogs. But the investiagtive adventure actually started here ... 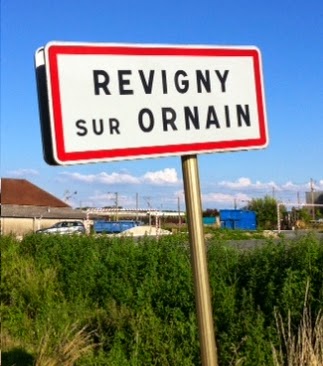 ... a settlement that he passed through on his way to his legally-required truck-stop. Here he spotted a bus stop flag at the railway station ... 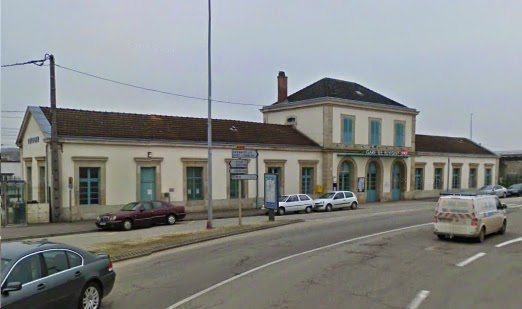 ... for route 63. Research and explanation, please! Dave's only clue, apart from the number, was couple of vehicles parked in the town. 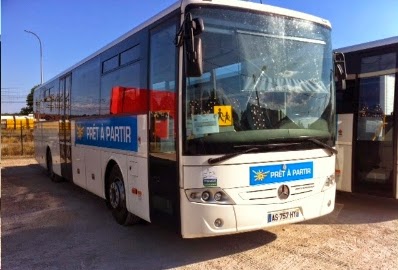 Despite the schoolbus logo, the web reveals "Pret à Partir" as a tour and holiday company. 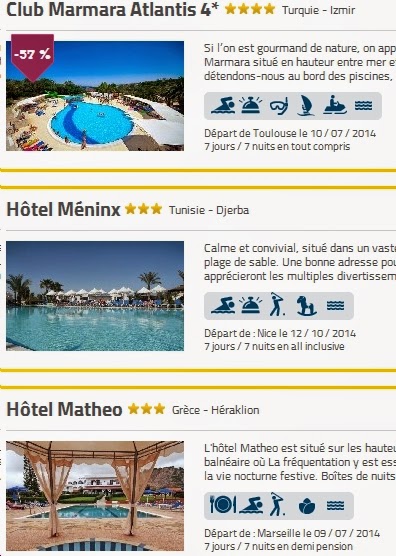 Turkey, Tunisia, Greece; but no Skeggy or Blackpool. Les Français don't know what they're missing! Oh, yes they do! But there is nothing on the company's site to indicate that they run local bus services. No doubt such a humdrum activity does not sit well with holidays to the Mediterranean sun?

We need to go to the local authority ... 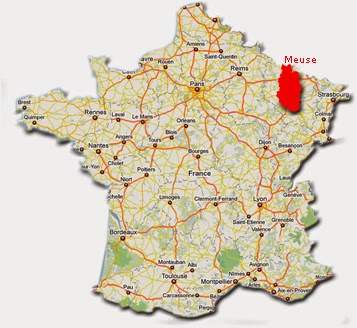 And, as we have seen before, the style has far less "panache" and looks a little closer (some would say worse) than in the UK.


No Traveline, but four separate companies to contact for information. But the Meuse site does produce leaflets which are listed on-line; and there is our 63. 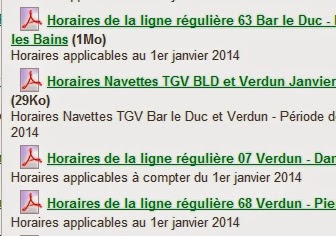 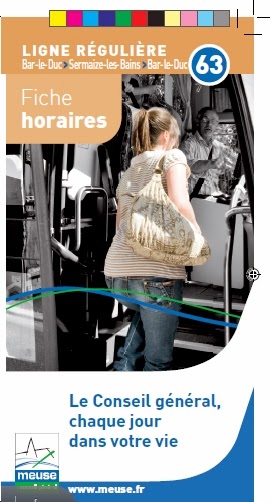 ... not unknown in the UK, but sloppy nevertheless. The map is diagrammatic and rudimentary ... 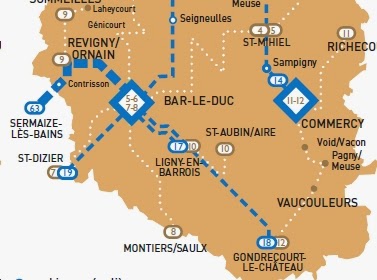 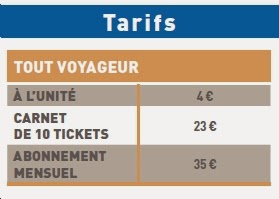 ... and the timetable, hardly lavish by UK standards; this being the Monday to Friday frequency. 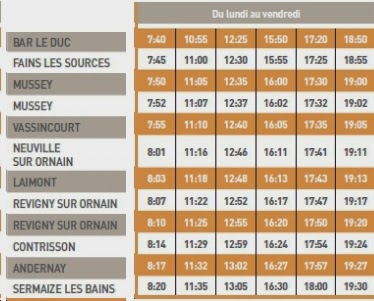 There are three round trips on Saturday and just one one on Sunday. And this is one of the better routes! The observant amongst our readers might have spotted that there are railway stations at both Révigny and Bar le Duc, so perhaps everyone goes by train.

Not that often, they don't!

It may look, at a cursory glance, like 7 trains; but on closer inspection only three trips are revealed with muliple columns for different days and dates. The two right hand columns are versions of the one through train a day from Paris.

Despite the limited inter-urban bus service, the authority has recently completed a new bus station at Bar-le-Duc, alongside the railway station (of course!). 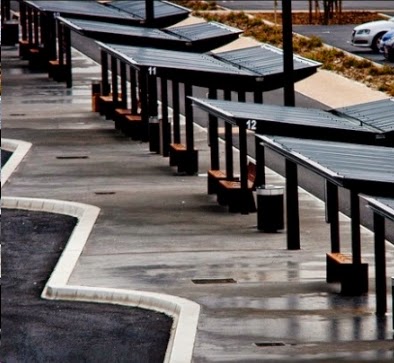 Lest our readers should be giggling with UK public transport superiority, we should not forget TGV EST 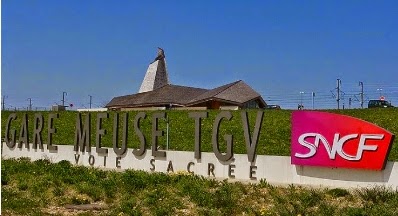 This (literally) green-fields site is about half-way between Bar le Duc and Verdun and is provided with bus shuttles (navettes) to connect with the high speed services.. 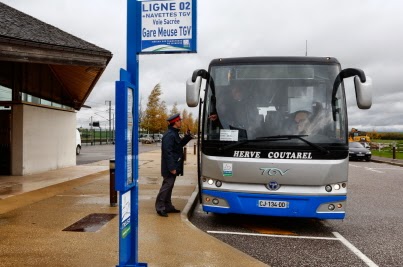 Hervé Coutarel is another tour operator adding a few pennies to his piggy bank (tirelire?) by operating some bus-type contracts, here, presumably, with SNCF.

Whilst there will always be (heated?) debate about which system of managing and paying for public transport is the best, it is very clear that interurban and rural services in France tend to be inferior to the UK product. Urban services, particularly those in the smaller towns, appear, on the surface at least, to be better - and cheaper. But that hides the huge, huge levels of subsidy and much higher taxation.

Maybe we don't do so badly "over here". If the Département de la Meuse is typical, fbb might have to admit that much of the UK's publicity is better.

Then, of course, our Northampton correspondent takes a look round Wellingborough.

Has it improved since fbb last put finger to keyboard to report a Wellingburian wander? Tomorrow we will see.


Next bus blog : Tuesday 8th July
Posted by fatbusbloke at 02:00