A Cunning Plan : Failure and Success

No 1 son (he of the expertise on the invisible saxophone) ... 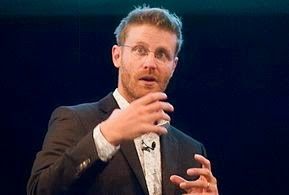 ... was travelling from Holborn to Axminster after work on Friday to join the rest of the family staying at fbb mansions for the weekend. 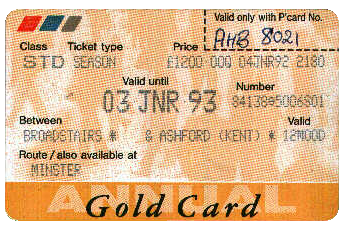 Because he has an annual season ticket (he is a commuter, but it's not catching!) the cunning plan was for him to travel from Paddington to Reading on his "season", catch the little shuttle train to Basingstoke ... 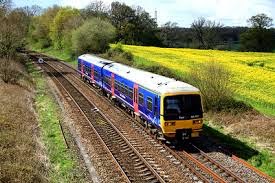 ... thence Southwest trains to Axminster arriving 2103. The single from Reading would cost approx. £40, a saving of £20 on a single from Waterloo.

But London was host to a bit of weather. 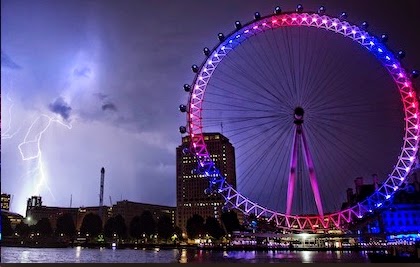 So when the lad arrived at Paddington things were a tad on the disappointing side.

Lightning strikes have caused "major disruption" to rail services in England and south Wales. Services between London Paddington and Reading, Swindon, Bristol and south Wales were affected by a strike at Twyford, Berkshire, at about 16:00. First Great Western said some of its services would be cancelled or delayed at short notice, with delays of up to two hours between Slough and Reading. 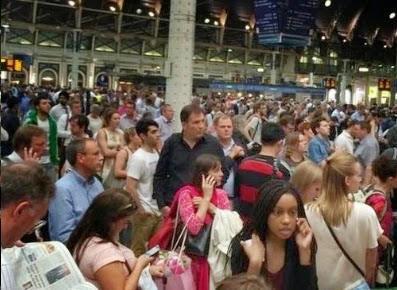 On arrival at Brunel's beautiful terminal, young sir found, contrary to the BBC news item quoted above, that nothing was running except Heathrow Express. So he rang pater who proffered this advice ...

"Go to Waterloo and hang the expense. Indeed you might blag your way on a train anyway if you tell them you were originally travelling from Paddington."

"It's chaos at Waterloo as well," came the plaintive reply. 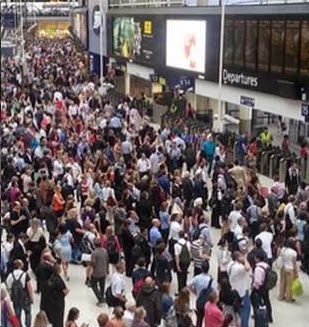 fbb had a quick look on-line. First Great Western's web site was, for some strange reason, under pressure. After 5 minutes, fbb has managed to persuade it to accept "London Pad ..." as input; followed by a substantial screenful of nothing.

Friday night, large crowds formed at Waterloo station as people faced delays of up to two hours following a signal failure. All South West Train services from the station to Dorking and Hampton Court were cancelled, whilst services to Exeter and Salisbury were only running from Basingstoke. A lightning strike in Surbiton, south west London, led to the cancellation of trains travelling beyond the town.

But there was a glimmer of hope. SouthWest Trains seemed to think that the actual problem had been resolved but (you've heard it all before) trains and staff were all in the wrong place and substantial delays were inevitable.

fbb sent a txt to No 1 and repeated his advice; which was accepted. "Just hop on the Bakerloo Line"

PADDINGTON UNDERGROUND STATION (BAKERLOO LINE): From Sunday 29 June until Thursday 21 August, Paddington station will be exit only for the Bakerloo line while escalator work takes place. Customers entering the station or changing from other lines at Paddington will not be able to gain access to the Bakerloo line platforms. For the Bakerloo line at these times, please walk or take a bus along Praed Street to Edgware Road (Bakerloo line) station or use Circle or Hammersmith & City line services from Paddington and change at Baker Street.

As they say, it never rains but it pours! Via Baker Street it was. 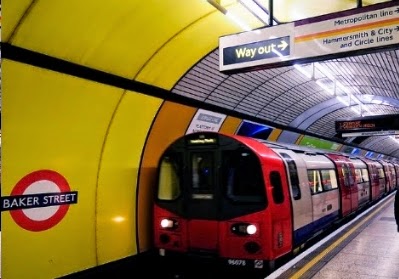 And at Waterloo something like this greeted his resigned and jaded eyesight. 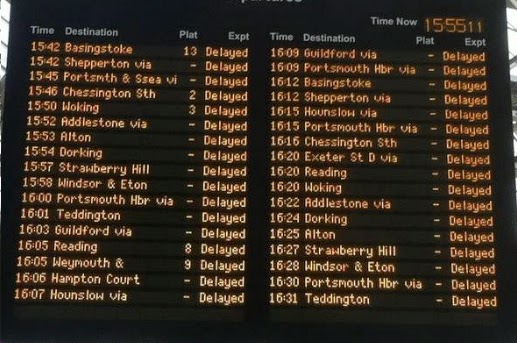 After a brief pause a schedule delight appeared on the screens. 1805 to Weymouth calling at Basingstoke. We already know that Exeter trains were turning at Basingstoke, a regular response to wobbliness at Waterloo. IF (a big "if") this train ran to time (ha, jolly ha) it would connect with the 1907 from Basingstoke and young sir would actually be back on schedule.

IF you can keep your head when all about you
Are losing theirs and blaming it on, who?
If you can trust yourself when all men doubt you,
But make allowance for their doubting too;
If you can wait and not be tired by waiting,
Or being lied to, so don't deal in lies,
Or being hated, don't give way to hating,
And yet don't look too good, nor talk too wise:

If you can talk with dad and keep your virtue,
And trust the trains - some trust; perhaps not much!
If connections and other woes don't hurt you,
A likely train to Basinstoke or some such
May strive to beat an unforgiving minute.
With slick times, an unfettered train may run;
Then yours is the Earth and everything that's in it,
And at Axminster you'll arrive on time, my son! 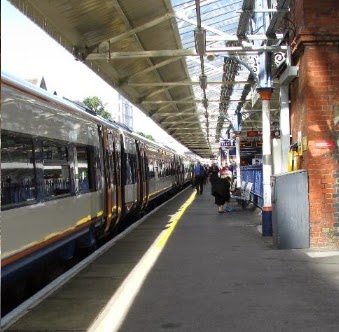 ... to be greeted by an announcement that the next train from that very platform would be the delayed 1907 to Exeter.

fbb drove in leisurely fashion to Axminster, where at about 2118 (a survivable fifteen minutes late) the train arrived.

And the conductor only charged son and heir for a single from Basingstoke at a modest £22.50 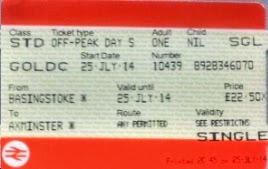 There has to be a big question, however. How can it be that with vastly clever signalling technology, updated at a cost of zillions of pounds, a simple thunderstorm paralyses vast tracts of a busy commuter railway? Surely there should be some surge protection plugs somewhere in the electronic wizardry? 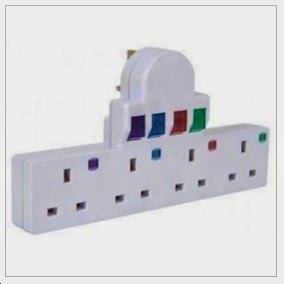 You do wonder, sometimes, whether we have really progressed.
Please visit http://gruffish.blogspot.co.uk/. 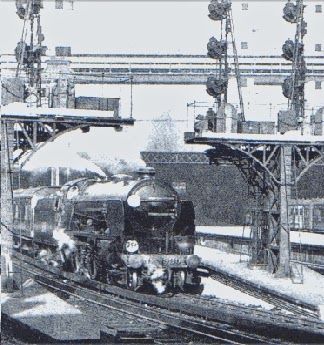