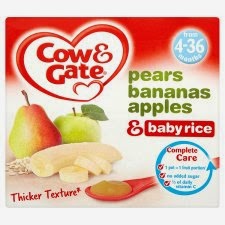 fbb was told (by his mother) that he was reared on Ostermilk ... 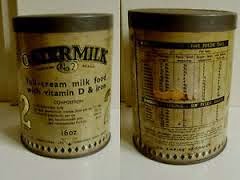 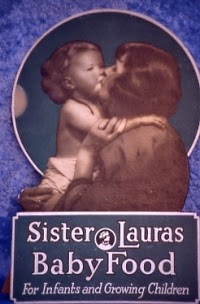 The variety available today includes "Fruit Pots" which are, no doubt, far more nutritious and healthy than the concoctions fed to the mewling an puking** baby that was to become fbb. Of course, as you come to expect in an fbb blog post, the link to public transport is tenuous in the extreme.


fbb has never visited "The Potteries", Arnold Bennett's "Five Towns" that were (and still are) actually six towns. In 1963, pre-fbb was driven by father to Keele University for an interview. 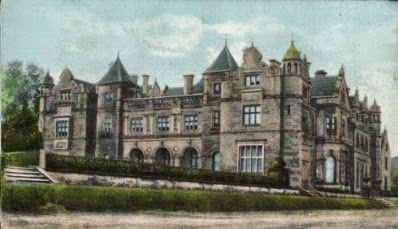 The course was for four years, not the usual three, with a foundation year which included lectures on a vast range of scientific and literary subjects. fbb was attracted by that idea, being something of a jack of all trades and a master of none. But he was not offered a place (boo) and went to Sheffield instead (hooray, as it turned out. God had other plans!).

But it is the six-town conglomerate nature which makes understanding the Potteries public transport provision very challenging. There is no one town centre from which a network of routes can radiate. 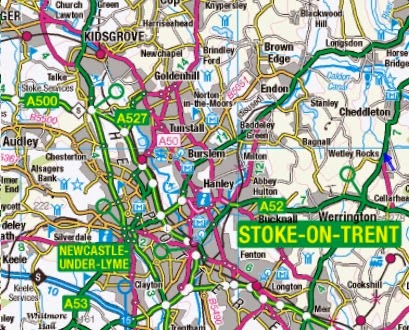 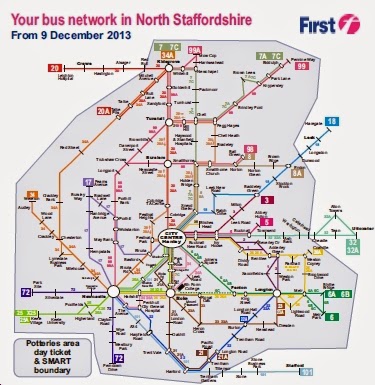 ... shows that, although many routes call at Hanley (City Centre in the above map), there are plenty that don't. If you would like to download a full sized map for reference you can do (here) but fbb will provide relevant extracts as this series of blogs progresses. Matters Stoke-on-Trentian have attracted you author's attention previously.

There is the new Hanley bus station; too small (there's an unusual fact) and inconvenient for the city's shops (astounding, what a surprise!) outlined in "'Orrors Expected at 'Anley" (read again). 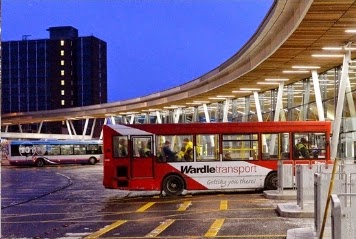 Then there was the shock of a non standard First Bus livery for buses on routes 25 and 26, reported in two exciting episodes (here) and (here). 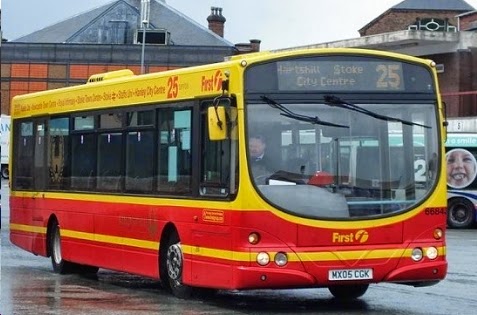 This particular bus began its life in Manchester before donning its new but historic paint scheme. 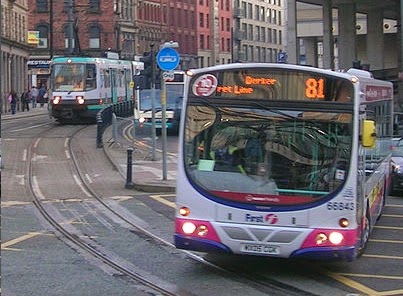 A few weeks ago, the slickly named First in Staffordshire and South Cheshire web site announced something new and exciting. 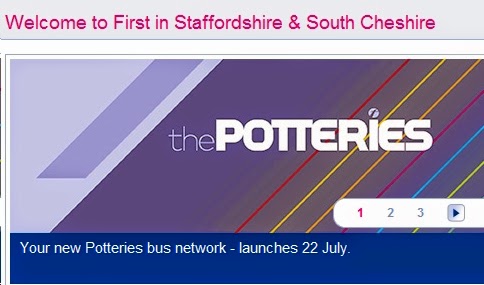 All would be revealed on 23th June - except that it wasn't. The date was subsequently changed to a revised revelation on 30th June. Even that didn't go quite according to plan. 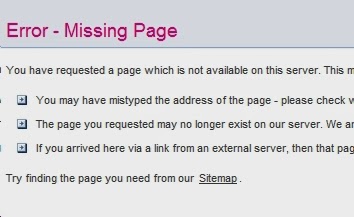 ... and was utterly disappointed. But, to be fair, the boob was later corrected and a site that was radically different from First's humdrum web pages appeared on fbb's screen. First's web site was ever ready to remind us all. 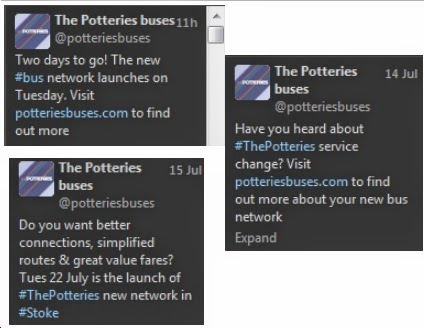 a selection of tweets

Plans for the changes were announced for consultation purposes back in April as reported in the local rag.

Fewer buses to drop-off
at Hanley bus station as First
announces major shake-up.
One of the biggest shake-ups of bus services in Stoke-on-Trent can be revealed today – complete with new London Underground-style colour coded routes and buses. First Bus is launching a major consultation into the proposed route changes which should come into effect this summer. Planned changes include more bus stops in Hanley, more direct routes to the University Hospital of North Staffordshire and Stoke Station and a better service to Trentham Gardens. Fewer passengers will use Hanley's cramped £15 million bus station under new First Potteries plans.

Tomorrow the new network, a substantial recast of many traditional bus routes and numbers, will be introduced. fbb will be monitoring the local Potteries media to see how it all develops; will locals blow a municipal raspeberry?

Commercially, will the sky be the limit?

And will it all be just a "grape" idea?

More to the point, how many buses adorned with fruity names will be on the road from tomorrow morning? So far the enthusiasts have only photographed one variety. 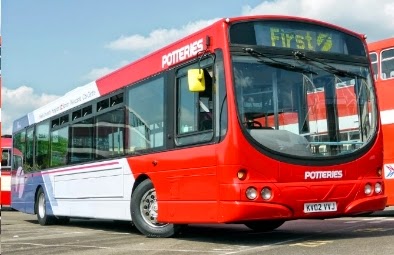 We will reveal more tomorrow.
--------------------------------------------------------
** Mewling and Puking comes from "As You Like It" by Bill the bard; it poetically defines the seven ages of man and is spoken by Jaques in Act 2 Scene 7
.
All the world's a stage,
And all the men and women merely players:
They have their exits and their entrances;
And one man in his time plays many parts,
His acts being seven ages. At first the infant,
Mewling and puking in the nurse's arms.
And then the whining school-boy, with his satchel
And shining morning face, creeping like snail
Unwillingly to school.

For the record the "seven ages" are:- 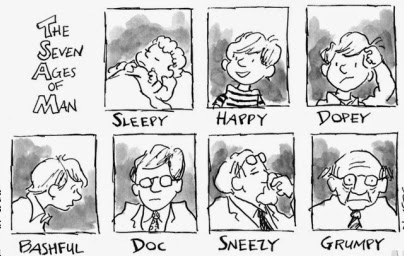