fbb has acquired most of the core information for this blog from Nexus, the transport authority for Newcastle and Sunderland. Typically he has done a bit of enhancement! Your esoterica-loving blogger was directed to this piece of research whilst staying with No. 3 son at Shoreham Beach; of which more in due course.

1816
A steam packet operated between North and South Shields 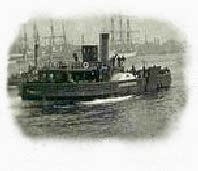 The North Shields Ferry Company obtained a charter to operate the ferry service that exists today. Their first three ferry boats were: Baron Newcastle, Durham and Northumberland. The Baron Newcastle was eventually replaced by Tyne 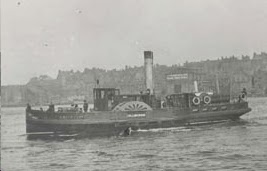 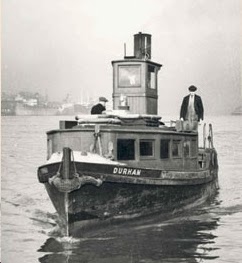 The Whitehill Point Ferry started up with a ferry called Favourite 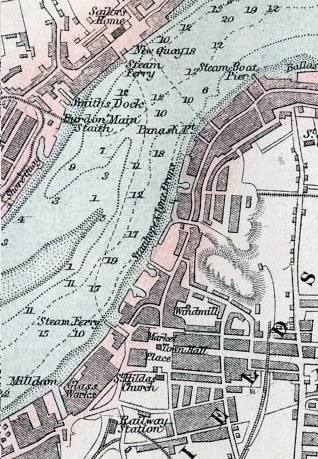 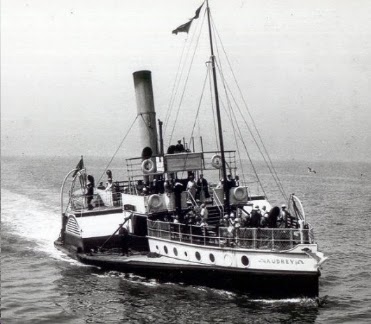 The paddle steamers of the Tyne General Ferry Company also provided a passenger service between Elswick (north bank of the river, opposite Swalwell. map bottom left) and South Shields (opposite Tynemouth, top right) ... 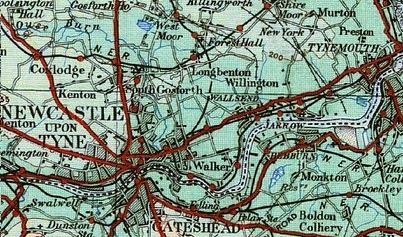 ... stopping 21 times in as many miles. The company went into liquidation as a result of competition from the faster electric trams


1863
The Tyne Improvement Commission bought the three ferry companies and their vessels. 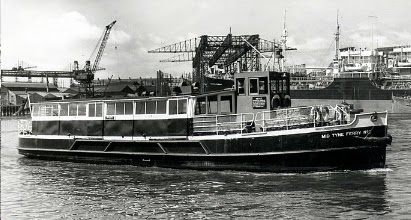 At this point there were 11 ferry routes across the Tyne between Newburn and the mouth of the river. The Shields ferry, of course, carried cars as well as walking passengers. 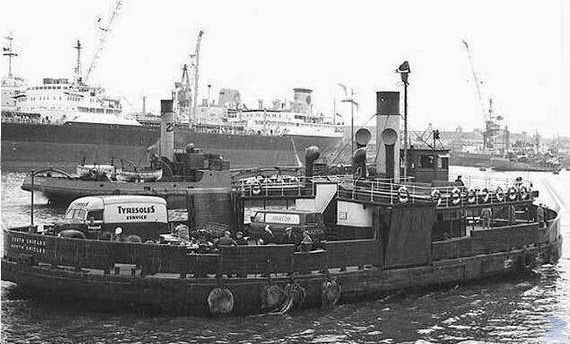 1951
The Tyne cycle and pedestrian tunnels were opened. 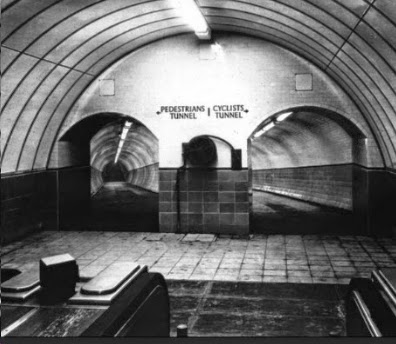 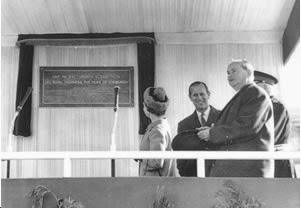 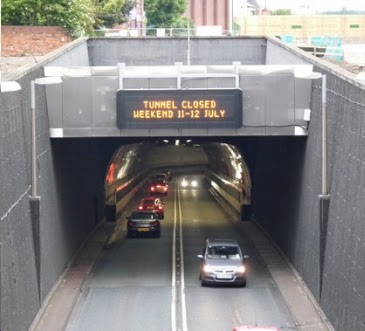 The Tyne (road) Tunnel was opened by H M The Queen, resulting in a huge reduction in ferry traffic. Before it was opened, the three ferry boats then in operation (South Shields, Tynemouth and Northumbrian) carried about 400,000 cars each year, as well as countless pedestrians. 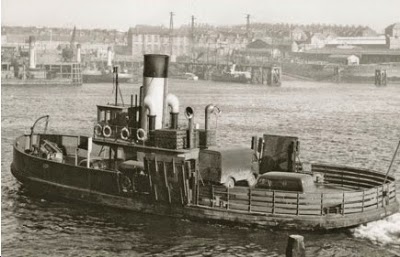 The Tyne Tunnel also caused the ferry between Jarrow and Howdon to be discontinued. All four tunnels link Jarrow with Howdon. 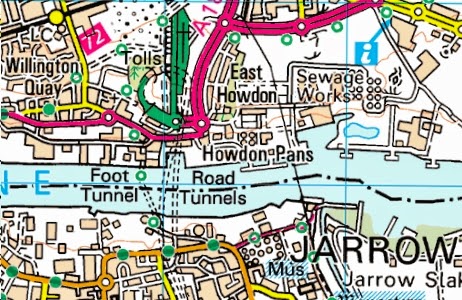 The service known as the Market Place Ferry, the only service which survives today, was taken over by the Tyne and Wear Passenger Transport Executive (PTE). 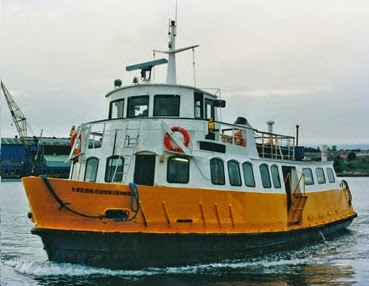 The Freda Cunningham was built to their order in 1972.

The PTE subsequently rebranded itself as Nexus. 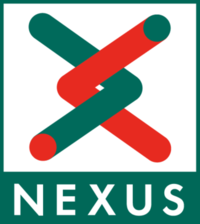 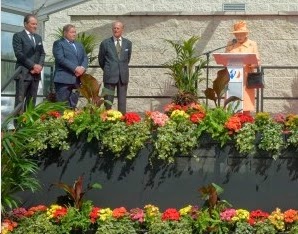 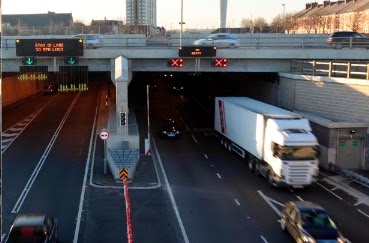 Also, the cycle and pedestrian tunnels are currently closed for refurbishment ... 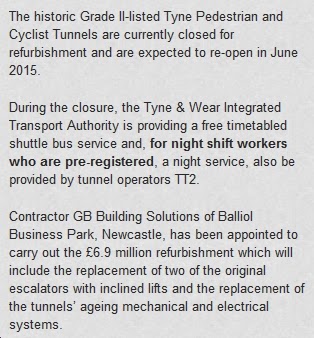 ... and replaced by a bus shuttle. 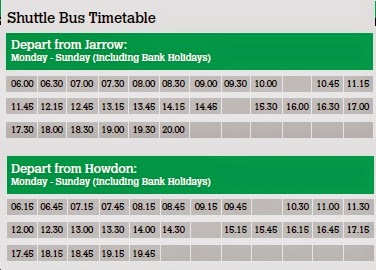 Sadly, you can't take your bike on the bus. But, after the last bus at 1945/2000, if you need to cross and can convince the authorities if your genuine need, there are unspecified special arrangements.

And finally (sort of), here is the current, easy-to-remember ferry timetable. 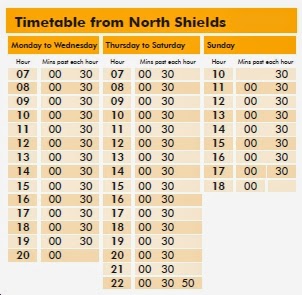 And one other delight. There is a bus to link the ferry with North Shields Metro station ... 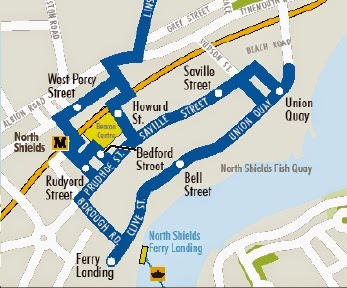 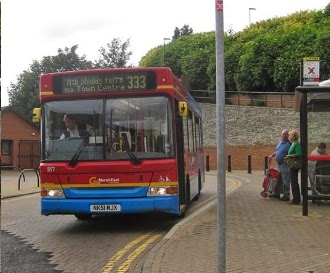 This is good news for we creaky elderly, 'cos it is up a steep hill! 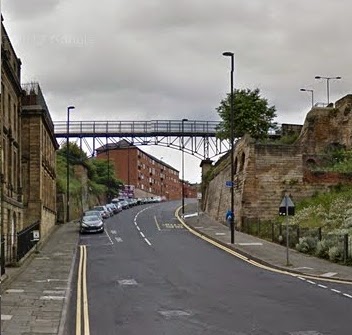 That was the second new ferry in the PTE era, operating from 1976.

The opening up of transport data has allowed private sector services to emerge – a journey planner was recently added to Google Maps – and raised questions about the need for a Government system.

AECOM Technology Corporation is a global provider of professional technical and management support services to a broad range of markets, including transportation, facilities, environmental, energy, water and government. 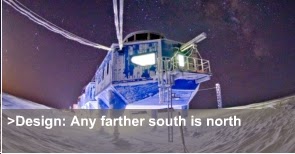 The DfT has now issued a statement saying: “We have concluded that, subject to an assessment of the new national services and the provision of accessible travel itineraries for users with mobility limitations, it is no longer necessary for the Government to also provide journey planning services. The Department will continue to publish data to migrate capability to others and also to liaise with interested parties. Once the assessment set out above has been completed, the minister will make a final decision on exiting from the Transport Direct service.”

We will all be using Google Maps!

Better stay at home, then.