Who Would Run a Bus Company?

A is for Advent

As is now traditional, fbb will be celebrating the real Christmas with a few quirky but provoking thoughts day-be-day until 26th December. Can he come up with something meaningful and relevant for each letter?

Advent is from a Latin word meaning, simply, "coming". Christian denominations have combined the memory of an eager anticipation for the coming Messiah, as recorded throughout the Old Testament of the Bible, with the further anticipation of Christ's second coming. 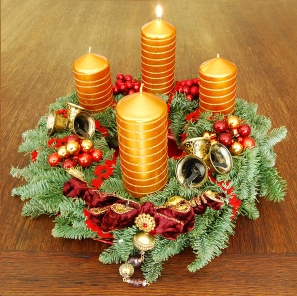 The candles represent four weeks of preparation and excitement, NOT for profusion of presents, boozy beanos and feasting with ferocity BUT for the Gift of real Life from God to the world and the certainty that this Life will, in some way, be continued beyond the grave. The challenge is that whatever we may choose to believe, our lives will be judged.

The angel also showed me the river of the water of life, sparkling like crystal, and coming from the throne of God and of the Lamb and flowing down the middle of the heavenly city's street. On each side of the river was the tree of life, which bears fruit twelve times a year, once each month; and its leaves are for the healing of the nations. Nothing that is under God's curse will be found in the city.

A tiny extract from the Bible's poetic description of Heaven and God's judgment : Revelation Ch 22 verses 1 to 3.

When good friend Giles Fearnley stepped out of early retirement to lead First Group's bus business in the UK, fbb proffered some vehement comments about his chum's sanity; comments that were, obviously, ignored.

On Sunday 18th November a compete revision of Portsmouth's and Fareham's but network was introduced. The changes, according to the company, were designed to offer a better use of resources and to provide improved services where opportunities existed to "develop the business". That is a euphemism for "make more money".

"Portsmouth residents have criticised new bus timetables which have left many travellers with significantly longer journeys.

A new timetable was introduced by First Hampshire on Sunday, replacing many routes running through Portsmouth, Havant ..."

First Bus don't run to Havant (ftom Portsmouth! corrected as a result of comment, see below) and never have done.

"... Waterlooville, Fareham and Gosport. The company claimed the new timetable would improve its service offering, although many have complained that the result is, in fact, quite the opposite.

One of the biggest concerns raised is that many routes now require bus users to get off and change mid-way through their journey or sit through a much longer route. Those taking the bus from Stamshaw to North End ..."

There never has been a bus between Stamshaw and North End. It is less than 5 minutes walk along Angerstein Road. 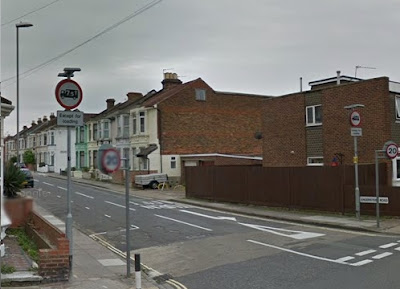 Angerstein Road : a short walk from Stamshaw to North End

"... for example, have an hour's bus ride to contend with, as it now heads all the way to Eastney and Fratton before reaching its destination.

Students heading to the Waterlooville-based South Downs College buildings now have a harder journey there and an extra hour's wait for the return."

Services to South Downs College have been significantly improved. 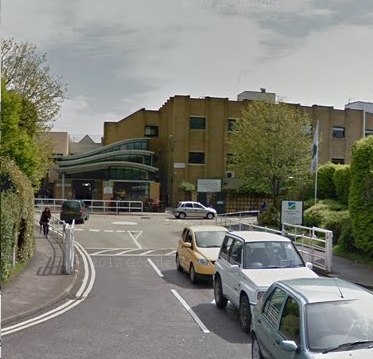 The 7C service is largely unchanged ...

... and there are plenty of journeys diverted via the college on the "normal" service 7.

"This could prompt some to consider long term car hire options ..."

And this news item is part of, guess what, a car hire firm's advertising web site! 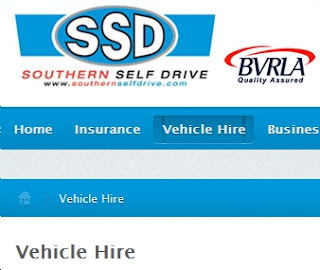 "... especially over the winter as they look to get home from evening classes safely and without having to wait for services.

First was also left reeling after a spelling mistake labelled buses with 'Gunwharf Queys' instead of the correct 'Quays'."

"First announced in the News of the 26th September that they were removing all the buses in Portsmouth except for the X buses."

"I counted the buses they were removing and they came to 43."

fbb thinks the lady (and female personage it was who penned these pearls of nonsense) is counting route numbers, not buses.

"They then showed the new numbers they were putting back. I counted these and they came to 22. First insist that they are not cutting back but improving the service to encourage people to use the buses more."

22 route numbers for the simplified network seems about right. But the number of buses running on this network has hardly changed at all.

"I am getting really fed up with having MUG written across the Portsmouth peoples' foreheads."

If the cap fits, wear it!

"Looking at their new system it looks like Portsmouth residents are getting a rough deal AGAIN. Out of towners will be catered for but inner city residents will not. I live opposite the Continental Ferryport and cannot walk far. If they do away with the 41 it will totally cut me off and leave me housebound." 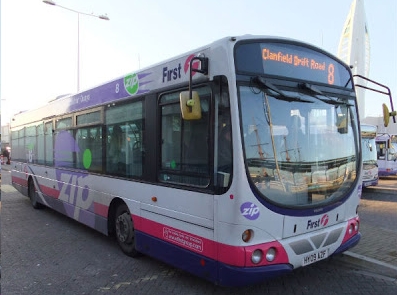 The 41 is directly replaced by the 8 to a similar timetable and a similar route into Portsmouth centre. Generally, no change.

"Going by their list, there will no longer be a bus going along Mile End Road and up Kingston Crescent which I rely on as I get off at Aldi and cross over to get the 41 back to mine on the right side of the motorway/dual carriageway."

It is true (amazingly) that the 8 will not longer run via North End, but Stagecoach 700 uses Mile End Road and Kingston Crescent every 30 minutes and it has not changed. 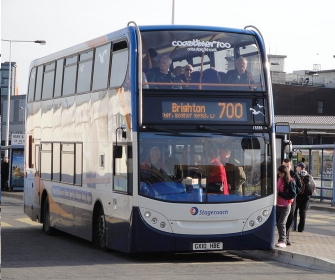 "A lot of other people are affected too looking at their new bus routes. It looks like we will have about 4 buses in the whole of inner Portsmouth." 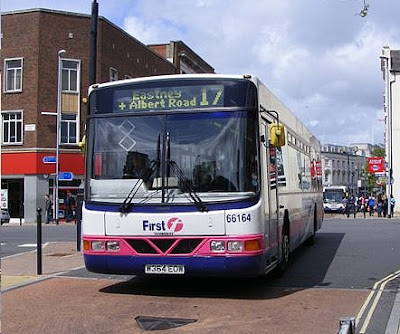 "The circular 17 and 18 routes between The Hard and Eastney are being cut by operator First Group after 81 years of operation."

Not really : the detail of the routes has changed but everywhere is still served by bus and at similar frequency. For the record most of the circular 17/18 is served by a slightly larger circular route 1; the missing "inner" bit by route 2.

"A much bigger change is in the routes. Nearly all the Waterlooville services will now miss out North End and Northern Parade completely and instead take the route along the M275 into Portsmouth. This will mean that most bus journeys into the City Centre will be faster." 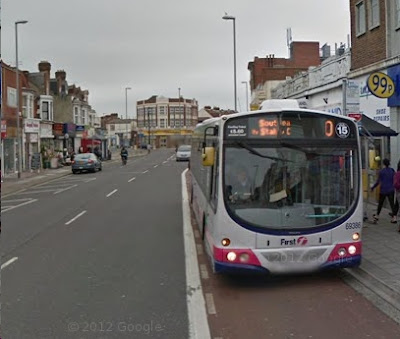 service 40, now service 7, at North End
every 10 mins from Waterlooville

"From what I can see on the new route map only one bus service from Waterlooville passes through North End. Not sure if that is a 50% cut in services to North End, depends on the frequency of the remaining service. To get to non-City Centre areas of Portsmouth it appears the best option might be to change at Cosham."

"Another problem seems to be a lack of buses servicing the North East of Portsmouth. There are no buses at all servicing the Anchorage Park area." 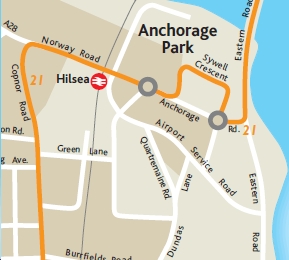 There has never been a bus from Waterlooville to Anchorage Park. Stagecoach service 21 from Havant and Leigh Park is unchanged.
--------------------------------------------------
Whilst in any network change there will be winners and losers, First Bus have done a good job is presenting their new network and making sure information is readily available. There is absolutely no doubt that the changes haver impoved services for many, kept most existing journey oppoortunities through the city and, for a very few, removed little used links. fbb understands that a January date has been pencilled in for any necessary "tweaking" of the new scheme.

More from Portsmouth tomorrow. And apologies for a long read; but it seemed best to keep it all together!

Next Bus Blog - Sunday 2nd December
Posted by fatbusbloke at 02:30