N is for Nazareth

Modern Nazareth has a population of over 80,000, but in Biblcal times probably less than 400. 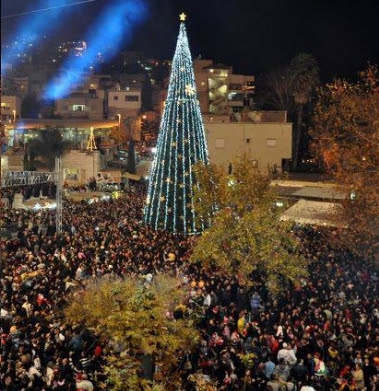 oddly, Nazareth, with a vast Arab population, hosts the
tallest Christmas Tree in Israel at its Christmas market

In English translations of the New Testament, the phrase "Jesus of Nazareth" appears seventeen times. In 2009 Israeli archaeologist Yardenna Alexandre excavated archaeological remains in Nazareth that might date to the time of Jesus in the early Roman period. Alexandre told reporters, "The discovery is of the utmost importance since it reveals for the very first time a house from the Jewish village of Nazareth." In the Gospel of Matthew, Joseph and Mary resettled in Nazareth after returning from the flight from Bethlehem to Egypt to escape the horrors of the Herodian killing.

There are many (spurious) traditions about the first 30 years of Jesus' life but it is likely that all of this time was spent in Nazareth as, unless prompted by some piece of Roman officialdom, people simply did not move about. There is no firm evidence that Jesus was a carpenter, but Matthew writes that his father Joseph was. 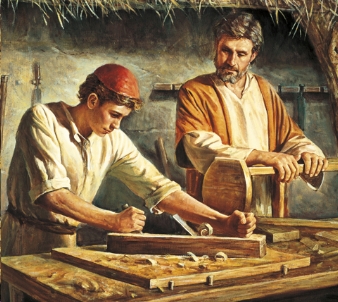 One thing is absolutely certain, however,is that Jesus' life was spectacularly unspectacular for the first 30 years approx.** All that Jesus did and taught takes place in just 3 years.

He must have been some whizzo guy to change the world in just 3 years!

** OK, he did stay behind at the temple:-
When the festival was over, they started back home, but the boy Jesus stayed in Jerusalem. His parents did not know this; they thought that he was with the group, so they traveled a whole day and then started looking for him among their relatives and friends. His mother said to him, “Son, why have you done this to us? Your father and I have been terribly worried trying to find you."
Sounds a very familiar family occurrence. Been there, done that, got the T-shirt!
---------------------------------------------------------
Kirkstall Road runs from bottom right to top left of this West Yorkshire Metro map extract ... 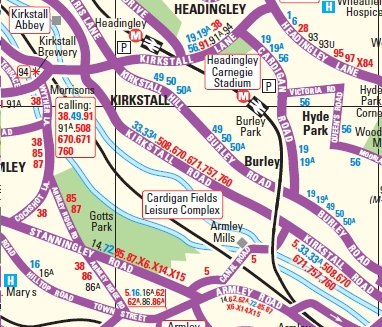 33  33A  First Bus (Leeds) every 10 inutes to Rawdon Crossroads then onward to Yeadon, Guiseley, Manston and Otley. 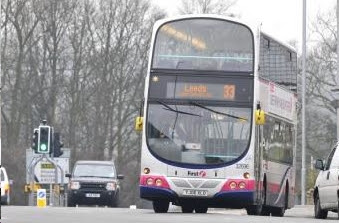 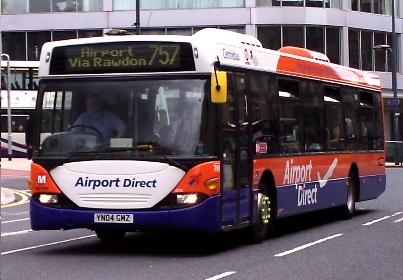 760  Transdev (formerly Blazefield) every 30 mins to Keighley via Shipley 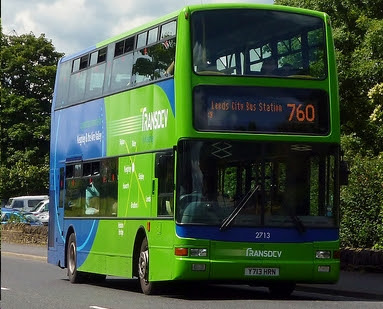 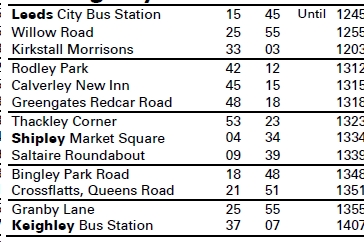 That adds up to a bus about every 4 mins (14 every hour) of which 10 do a little diversion via Morrisons on Savins Mill Way. 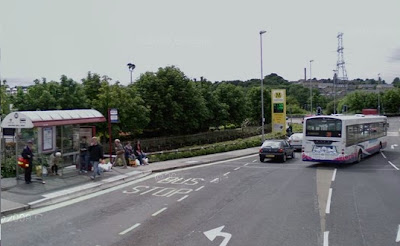 The 33, 33A and 757 stick to the main road. A possible further complication may arise when Tesco opens on the opposite side of Kirkstall Road from Morrisons. That should be fun for all!

Kirtkstall Road is bottom left with Kirkstall Lane to the left side of the block.

So, in essence, that completes the review of the current service along the A65. Other routes cross the main road at Kikstall via Kirkstall Lane and Bridge Road but these are not part of our intended series.

"But," we hear our reader cry, "What has provoked these blogs? What has aroused the chubby one's interest in this relatively ordinary part of West Yorkshire?" All will be revealed tomorrow.

Next Bus Blog : Saturday 15th December
Posted by fatbusbloke at 02:00