S is for Shepherds

And we all know that part of the story, don't we.

We might find the idea of shiny people with huge wings a bit far-fetched but we can understand the concept of some astounding manifestation of power and light. Whatever it actually was it gave a dramatic and challenging message to the least likely people to introduce us to the Baby Jesus. Shepherds were almost outcasts in Jewish society; they were "unclean" and forbidden to enter the Temple. They were, as a body, famed from drunkenness!

And we all know what the Angel's message was, as well. "Peace on Earth and Goodwill to all Men"? A noble seasonal sentiment, if ever there was one.

The angel said to them, “Don't be afraid! I am here with good news for you, which will bring great joy to all the people. This very day in David's town your Savior was born—Christ the Lord! And this is what will prove it to you: you will find a baby wrapped in cloths and lying in a manger."

And it's that last bit that changes the message. The Peace of Christmas is ONLY on offer to those "with whom God is pleased". So how, on earth, can a feeble human ever rise to the challenge of pleasing God, and pleasing Him all the time? 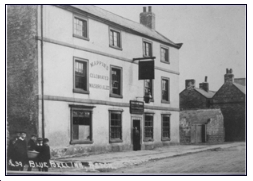 We are not sure when it was built, but we do know that it was an inn by 1788 because a parish meeting was held there.  In 1830 licensee George Staniforth sold both beer and groceries from this building! As well as offering accommodation and refreshment to travellers and villagers, they were also used for parish meetings, coroner's inquests and other important events in village life. 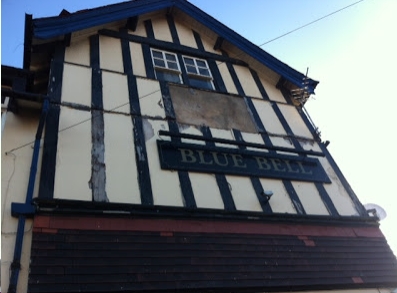 The frontage was altered sometime after the marriage of Harry Verelst of Aston Hall and Mary Wilson in 1888 and the name changed to the Blue Bell Hotel. Mrs Verelst visited Switzerland many times and began altering some of the buildings in Aston and Aughton to suit that style. 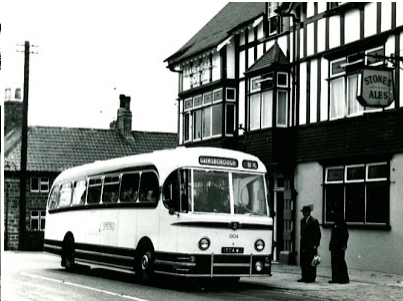 ... namely a Weymann Fanfare coach on its way via service 85 to Gainsborough and loading crowds of happy passengers (?) at the Blue Bell.

This service started in the late 1920s in a period of ferocious competition in the embryo bus industry. With public service licensing in 1930 the route settled down and remained largely unaltered in broad concept. This is a 1952 timetable extract. 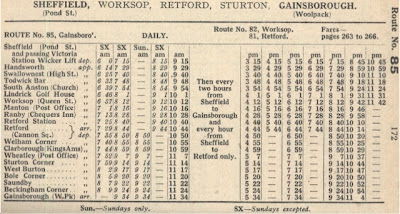 In 1958, double deck buses ran on many journeys between Sheffield, Worksop and Retford as recorded by your author in the late 60s on an old and decaying colour slide. 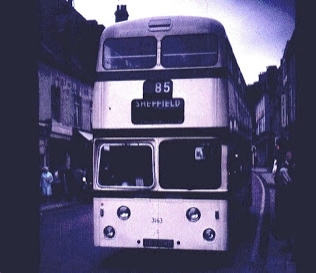 Astoundingly, even by 1985, the timetable followed much the same pattern. 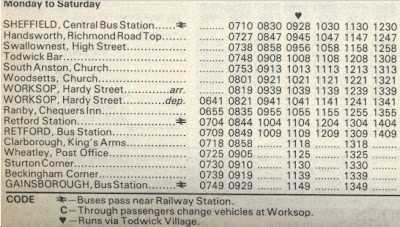 With the demise of the Sheffield Joint Omnibus Committee (of which more anon) in 1970, the route became joint with the East Midland (EM) and Lincolnshire companies leading to a rather usual operating practice. Sheffield and East Midland buses interworked from service 85 onto the local route 121 to the Parkway Wholesale Markets giving the weird site of EM single decks running on a Sheffield Corporation city service! Lincolnshire buses did not, however, interwork as their drives had worked through all the way from Gainsborough and they needed to take their legal break.

The period after deregulation from 1986 onwards is fbb's dark ages when work commitments meant that visits to Sheffield and detailed investigation of service changes became impossible. But, by the late 1990s, the ever useful Great Britain Bus timetable reveals a service X85 run by Northern Bus ...

... followed later by an East Midland daytime variant numbered 767. Both these services were diverted from the A57 to serve Dinnington and/or Woodsetts in an attempt to generate a viable level of business. 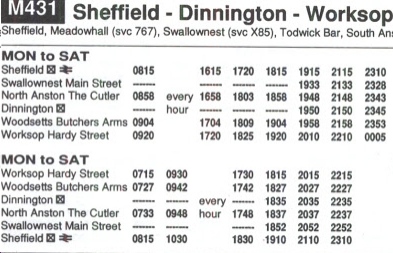 But a service along the main road to Worksop did not long survive in the new and harsh commercial environment and the 85 and its successor 767 are no more, disappearing into the mists of history. Amazingly, there is now no bus service along the A57 between Sheffield and Worksop! 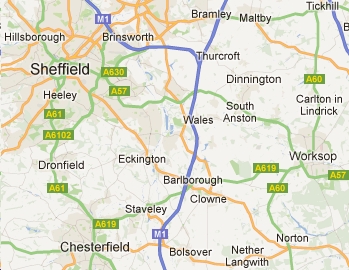 But David, fbb's lorry driving chum, who lives nearby, recently came upon something of a route 85 dinosaur; a piece of memorabilia hardware that neither he nor fbb would have believed still remained.

Next Bus Blog : Thursday 20th December
Posted by fatbusbloke at 02:00