Q is for Quirinius

Dear, lovely Quirinius. He provides the only Bible name beginning with "Q" and thus helps us all have complete alphabetical quizzes. And yes, there is an "X" - King Xerxes! The Dead Sea Scrolls (which included some very ancient Bible extracts) were found in caves at Qumran, but that "Q" does not appear in the Bible at all. Luke writes thus:- 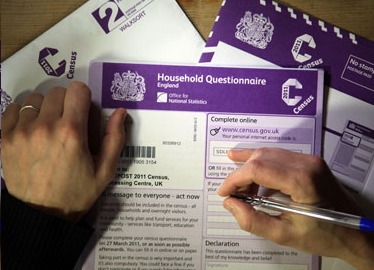 At that time Emperor Augustus ordered a census to be taken throughout the Roman Empire. When this first census took place, Quirinius was the governor of Syria. Everyone, then, went to register himself, each to his own hometown. Joseph went from the town of Nazareth in Galilee to the town of Bethlehem in Judea, the birthplace of King David.

The trouble is that the dates don't quite fit together. Some people say that Big Q did his census thing several years after Jesus was born; so Joseph didn't go to Bethlehem; so the whole story was made up by Luke. Does it matter? Probably not. 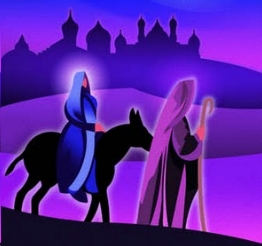 Historians now think that he governor that fits the story was called Quintilius which is pretty close to Quirinius. The Romans were great ones for admin. Surveys, censuses, taxation changes and bureaucracy were as common then as they are today. So there might well have been many censuses; for Luke it was a minor triviality of the story which led Joseph back to his birth town.

When you think how much extraneous rubbish people have added to the simple Nativity Story, getting worked up about Quirinius is not such a big deal. 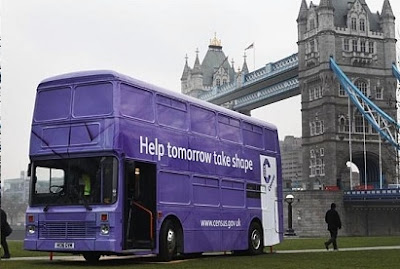 This purple chappie was used to promote the 2011 UK census. It started life with Stagecoach in Manchester ... 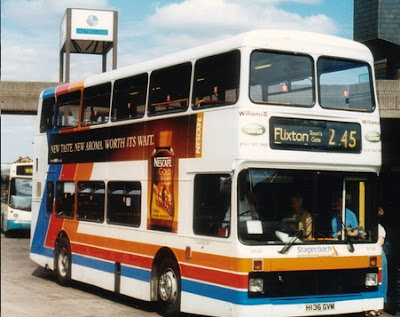 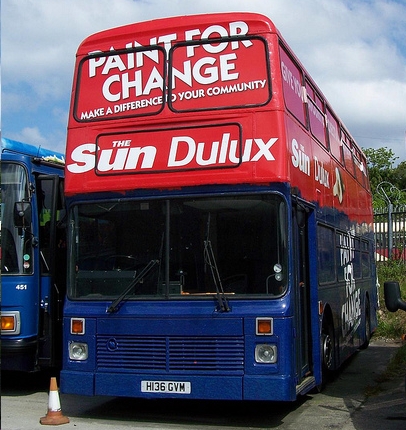 ... on a community project sponsored by "The Sun" and Dulux Paint.

fbb recently expressed concern about the minimalist facilities for  Megabus  in Portsmouth. Just a metal bench in the rain ... 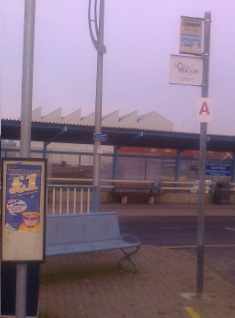 ... and no timetable information. 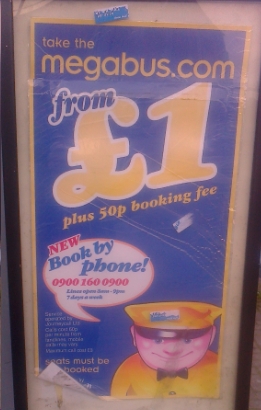 So, are there any Megabus services from Portsmouth? 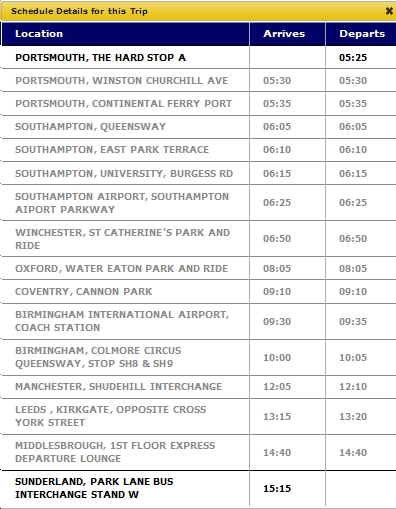 ... and Sheffield. fbb likes the idea of the Megabus dropping you off in the first floor departure lounge at Middlesbrough. Be careful on the stairs, driver. 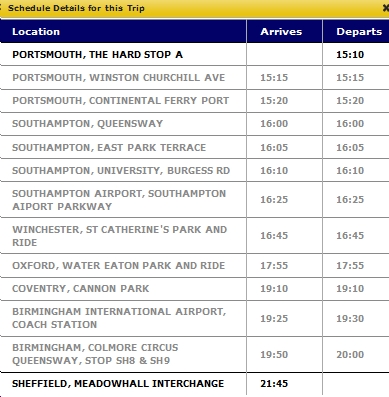 On returning from his recent tennis watching trip to London, fbb had a few minutes to wait for his ferry. What a delight to be invited to enjoy the  CostaLot  coffee shop. 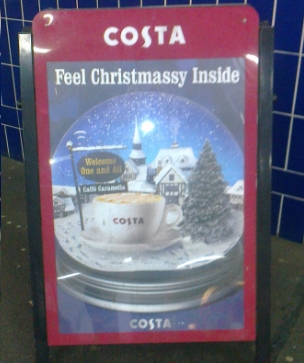 You could almost smell the "Christmassy". But ... 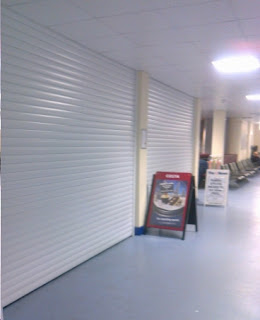 ... it was closed. Shouldn't ome one pop those boards in a cupboard? Happy Christmas CostaLot.

And then there's  Stagecoach in Wigan . The takeover (fom First) happened on December 2nd when Stagecoach Barbie livery appeared ... 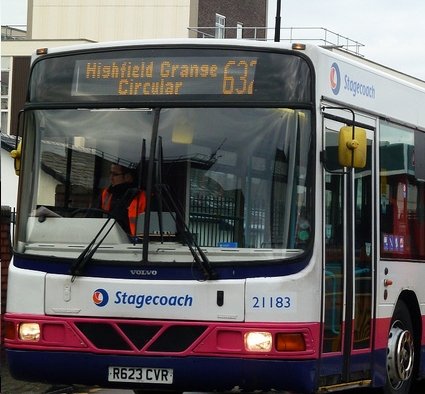 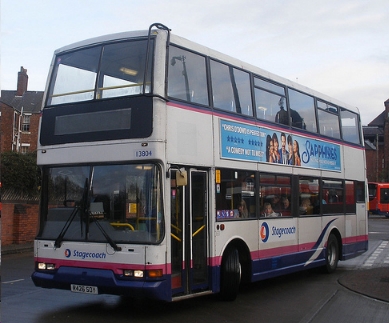 ... although "traditional" vehicles are being transferred rapidly. 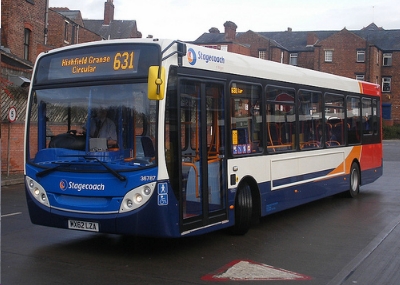 The route network is, as yet, unchanged but Stagecoach fares offers have been introduced from day 1.

"Wigan residents will no doubt be pleased to hear that one of the first things we will be doing as part of the takeover is investing into our bus fleet by replacing some of the existing First buses with 30 brand new buses and 31 more modern buses to operate in Wigan, Leigh and the surrounding areas." 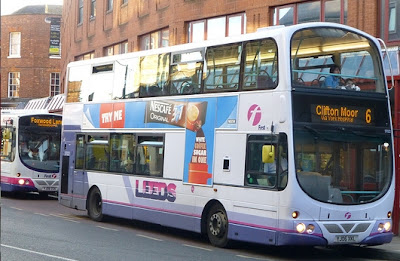 ... while  First in London  (note the Olympics "advert") has moved to and is labelled for Leeds. 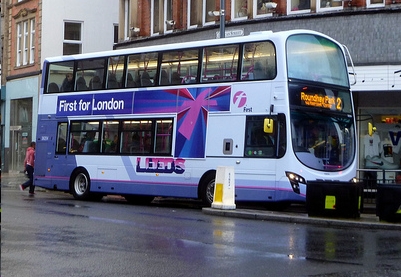 Such is the problem when locally branded buses are moved and no-one bothers to remove irrelevant labels and adverts.

As a consequence of fbb's recent journey by  National Express , tomorrow we go on safari in Waterlooville to seek out a cunningly disguised coach stop.


Next Bus Blog : Tuesday 18th December
Posted by fatbusbloke at 02:00