Sitting in the zaguan and musing over his zelotic and zany recent writings, fbb has reached his zenithal spiritual composition. Idly chewing on a fresh zeppole filled with zesty mincemeat, he considers his zetetic blog readers. Can he make the Boxing Day Blog a zinger? Scratching one of his zits he admits to being zonked, post festivities. He loosens the zostra on the trousers of his zoot suit, allows himself a little zoomorphic duodenal zizz and puts finger to keyboard. He is in zugzwang, metaphorically. What to write? After a sip of his zymotic zythum he has literally and alphabetically come to "Z", The End. 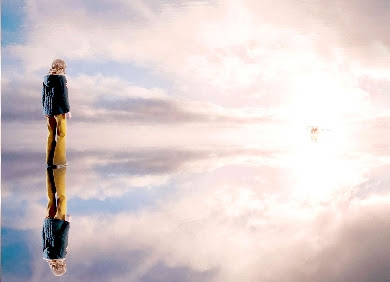 The angel also showed me the river of the water of life, sparkling like crystal, and coming from the throne of God and of the Lamb and flowing down the middle of the city's street. On each side of the river was the tree of life, which bears fruit twelve times a year, once each month; and its leaves are for the healing of the nations. Nothing that is under God's curse will be found in the city.

The throne of God and of the Lamb will be in the city, and his servants will worship him. They will see his face, and his name will be written on their foreheads. There shall be no more night, and they will not need lamps or sunlight, because the Lord God will be their light, and they will rule as kings forever and ever.

from the last chapter of the Bible book of Revelation

Zounds (literally!)**, it sounds like a place worth considering in the end! 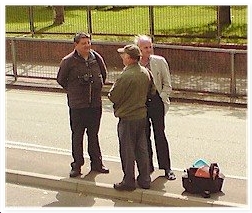 ... clustered, shivering, at street corners. Hoping upon hope that someone will run a bus past their viewing podia on Christmas Day. So it is with great pleasure that the chubby one can present a guest blog from M. N. Eebus ... 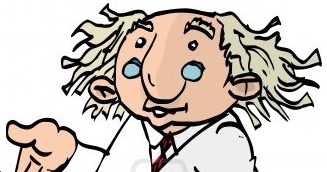 ... the eminent Professor of Obscure Obsessions at the University of Bembridge.

Sadly this blog post was received too late for advance publication but may, at least, bring a little comfort to those huddled in their (locked?) rooms in the Sanatorium awaiting therapy. Such sufferers might, then, be better placed to cope with next year. 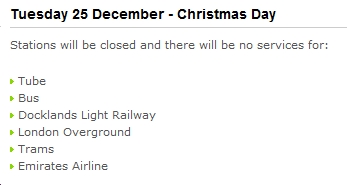 ... in fact nothing! But that isn't entirely true; TfL tell us that these services will run on Christmas Day:- 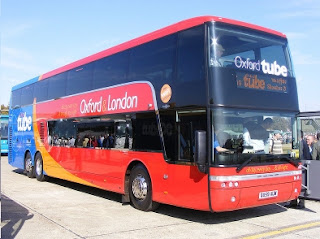 Sufferers from a lack of buses to spot might well consider dossing down overnight at Heathrow and enjoying the minimalist services available there. Or perhaps lurking in the Victoria area to observe both the Oxford Tube and Gatwick not very express. 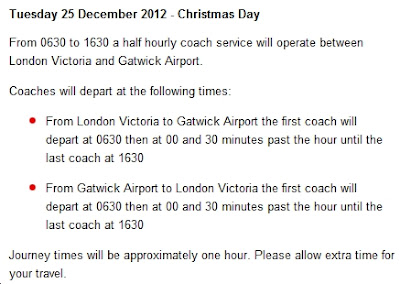 An alternative would be to spend a substantial sum of money and travel to Oxford ...

... where two local night buses will be operating during the day! 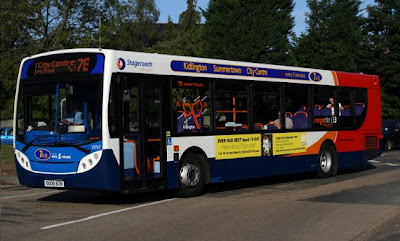 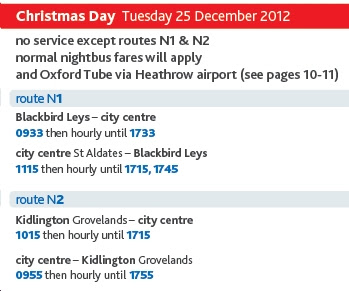 Interestingly, Liverpool is offering something different this year (again?) with free buses on routes that serve hospitals. 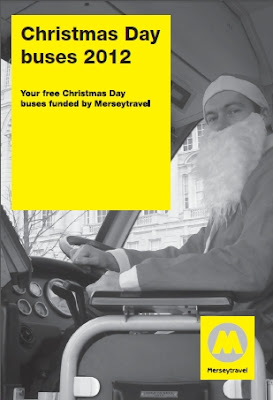 So perhaps a trip to Liverpool will relieve any withdrawal systems. Download the full leaflet (here).

Manchester is not recommended ...

But there may be some free hope in Keighley West Yorkshire

But, yet again, the best therapy of all is a few days on the Isle of Wight. Here a significant network will be running on Christmas day once again ...
1

That's most of the Island covered! 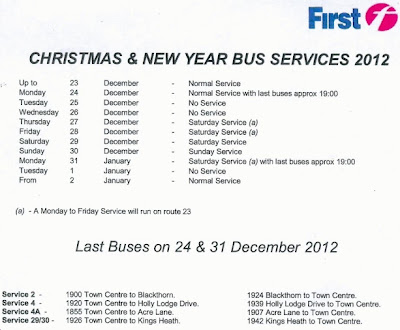 ... with nothing for two days from First (Stagecoach is similar).

I can only suggest that sufferers opt to spend their festive time at Keighley or on the Island. If none of these offer relief from the lack of something to spot, maybe a good quiet read of one or more of the new series of bus timetables from Here to There Publishing (website here) may just prevent a serious attack of the dreaded thwartedspotteritus. 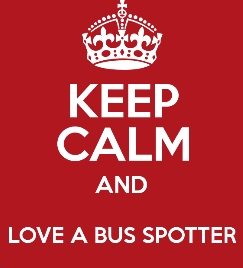 ---------------------------------------------------
Once again, fbb apologises that this helpful guest blog by Professor Eebus was received too late to prepare sufferers for 2012. But at least it gives a few ideas for 2013. fbb has dropped a fairly heavy hint to wealthy No. 3 son that a "Here to There" timetable book would be an ideal candidate for Santa's seasonal sleigh service. A  family celebration and present exchange is scheduled for Friday. Assuming the hint was heard a review will follow as soon as possible thereafter!

**Zounds is (historically) a blasphemous exclamation derived from the phrase "God's Wounds": Theologically, it is the wounds of God's son on the Cross that open the way to Heaven.

Next Bus Blog : Thursday 27th December
Posted by fatbusbloke at 02:00