B is for Bethlehem 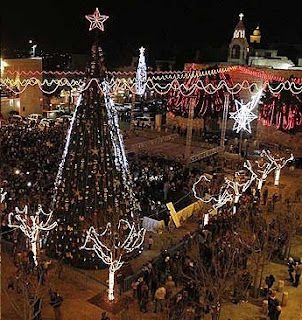 Oddly, Christmas is the biggest annual event in Bethlehem, a small town of 25,000 people almost contiguous with Jerusalem; odd because most of the population is either Jewish or Moslem, not Christian.

Bethlehem is the traditional resting place of Rachel, wife of Jacob (renamed Israel in an encounter with God) and the de facto founder of the Jewish nation. 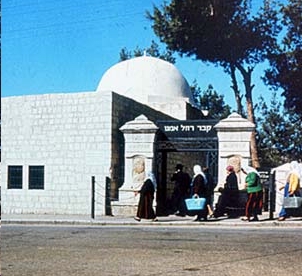 It is also the traditional birthplace of King David whose line of descent would led to Jesus. These "co-incidences" hide a deep and challenging truth, namely that the arrival of the boy child in an insignificant little village was part of  a much grander Divine plan. Much of the historical and archaeological evidence may lack total cohesion, but the age-old spiritual truth is a vital part of this Special Season.

The Lord says, “Bethlehem Ephrathah, you are one of the smallest towns in Judah, but out of you I will bring a ruler for Israel, whose family line goes back to ancient times.”
From the Old Testament prophet Micah, written about 900 years before Christ.

And, of course, the name "Bethlehem" means "House of Bread"

"For the bread that God gives is he who comes down from heaven and gives life to the world. and I am the bread of life,” Jesus told them.
From John's Gospel

A Visit on Thursday 28th November ... 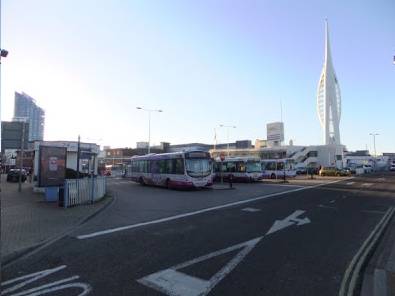 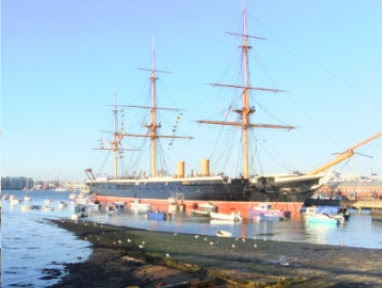 The bus station is a little dated in design but works well enough. It is a credit to First Bus (or is it Portsmouth City Council?) that all stops and stands had been correctly re-labelled for the new network introduced on 18th November. 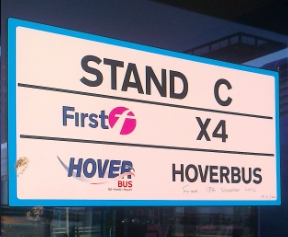 And it's good to see that modern technology is still on hand to make amendments!

Three cheers for the intervention of a real person to clear up any misunderstanding in the days before the change when new (and thus wrong) information was posted. You can wipe it off now.

Only the Stagecoach Megabus stop looked decidedly dodgy; as if the service no longer runs. It's not easy to check either as Megabus don't seem to want to show you their timetables on-line and there was nothing useful at the stop. 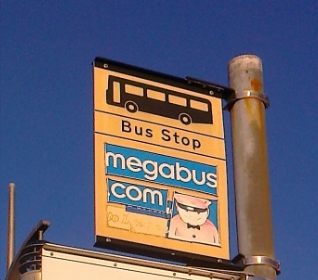 First's stands all had up-to-date departure lists but no timetables (boo) but someone had had the presence of mind to create some maps from the new timetable booklet pages and paste them in (hooray). 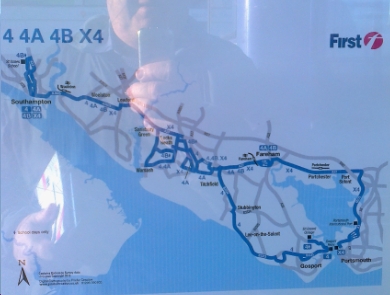 It does seem odd that, with the huge amounts of space available in the frames on each stand ... 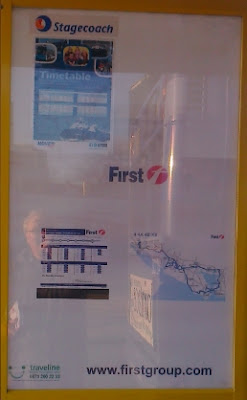 ... we cannot have a copy of the timetable pages. Of course, if you are Stagecoach, you don't add maps OR timetables but fill the space up with a clutter of advertorial stuff. 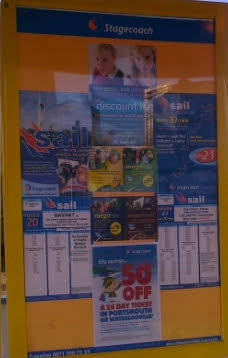 Frankly, blank space would be make the departure lists easier to spot!

There was even a plan of the stands. 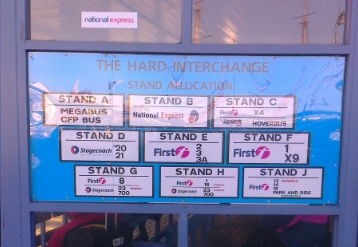 Sadly, First bus had failed to provide one of these for the driver of fbb's first departure. On arrival he entered lane 1, stopped to let off passengers; exited the bus station and re-entered in lane two. Wrong again - so he eventually tried lane 3. Correct third time. Incidentally he missed the stop in the city centre (Commercial Road) and would have left approx 15 passengers behind had it not been for a more sprightly "senior" who ran round the corner and hailed the errant vehicle. The same bloke also ran back to collect the rest of the confused customers.

But, these on-going moans about information aside, the chubby one was impressed with the way in which First and their Portsmothian customers seem to have coped with the biggest change in the City's transport history. With one notable exception. 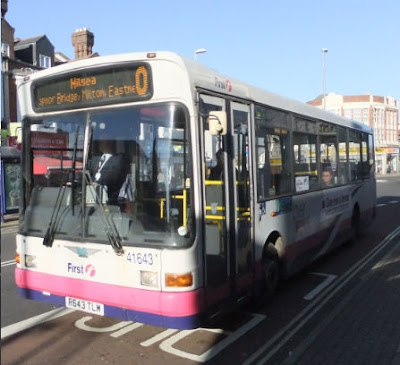 Route 0! This is a very "clever" way of joining together various bits and pieces of the less frequent bus network into one big circular. But the use of one route number for "both ways round" (whether it's 0 or 56 point 5) is clearly a cleverness too far. The printed timetable is well-nigh incomprehensible and on fbb's full round trip it was clear that many customers were baffled. fbb has already suggested a rewrite of the timetable (read again) and something more helpful needs to be done at North End where the buses with the same number go different ways round the loop in one direction and to two separate destinations in the other. 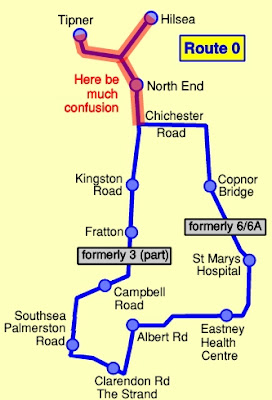 Perhaps a rethink for January?

Nevertheless at least 8 out of ten for First and their partners. A total network change is, as Sir Humphrey Appleby used to say to Jim Hacker ... 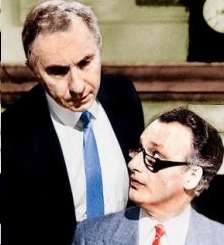 It is a pity that the Hampshire people can't quite get their numbers in the right order. 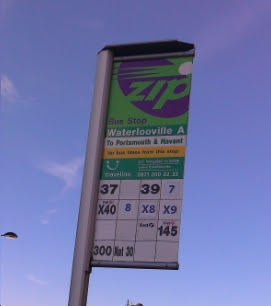 fbb is not sure what the "Nat 30" is, seen adorning this flag at Waterlooville. And be warned! fbb is currently studying the detailed changes in Pompey and may well blog some more in due course.


Next Bus Blog : Monday 3rd December
Posted by fatbusbloke at 02:30