A name to remember? 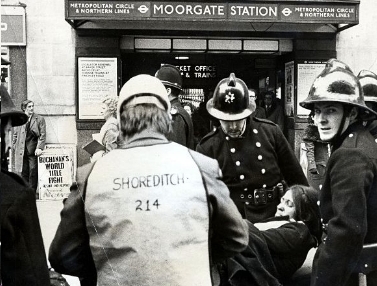 Dozens killed in Moorgate Tube crash.
A news item from 1975.

A London Underground train has crashed at Moorgate, killing the driver and at least 29 passengers and injuring more than 70 in the worst-ever Tube disaster. The 0837 train from Drayton Park to Moorgate was packed with commuters going to work when it overshot the platform and ploughed into a dead-end tunnel at 0846.

The front three carriages were crushed together with the last three intact at the platform. The rescue operation has involved several teams - police, London Underground staff, fire crews, doctors and nurses from St Bartholomew's Hospital and members of the Salvation Army.

29 passengers plus the driver were killed. The cause of the crash is, as yet, unknown.
-----------------
This terrible tragedy shock the nation and all those who travel daily on the Underground. It challenged the claim that you are safer on the London's subterranean transport system than lying in your own bed at home. Despite the horrors of Moorgate and, 12 years later, the Kings Cross disaster, you are still safer on an underground train than safely tucked up in your own home. 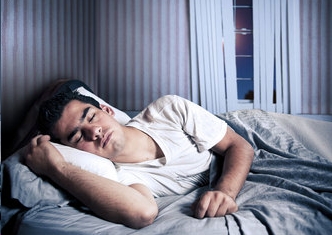 But this series of blogs was not provoked by some ghoulish memory of a horrific tragedy but by a second-hand book bought in Wantage and lying, forgotten, in a corner of fbb's well-known filing system. 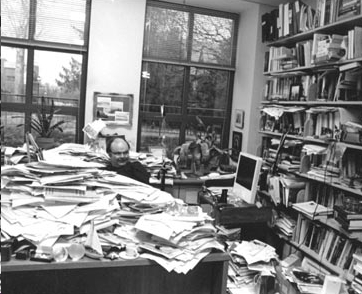 The slim volume in question is :- 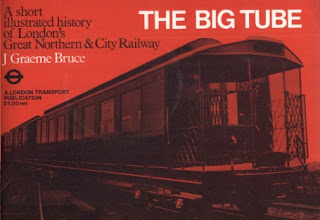 It was published in 1976 but was, presumably, prepared before the disaster which is not mentioned. It is 56 pages long in A5 landscape format and was priced at £1. In a telling comment on inflation, fbb's second hand copy cost him £2. Used copies are available on Amazon (at least they were when the blog was prepared; (on Boxing Day in a lull between exciting grotty television programmes) at prices from £3.09 to £15.99 plus £2.80 postage. Which makes fbb's £2 something of a bargain!

Anyway, the book set the chubby one off on a post-festival voyage of mesmerising exploration. A journey of delectable discovery into a lesser known backwater of London's underground railway system.

So, where and what is Moorgate? 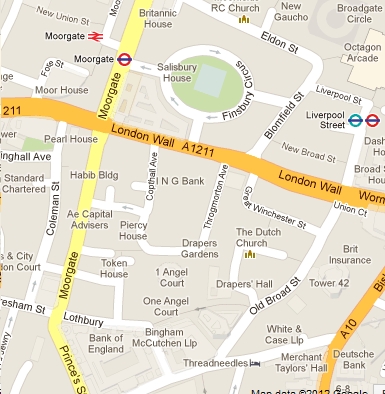 Answer : It is a road in the financial district of London just to the west of Liverpool Street station. But, before that, Moorgate was Moore Gate, a gateway in the wall of London, the line of which is now a road called, in sublime originality, London Wall. This ancient maps shows the gate and the wall. 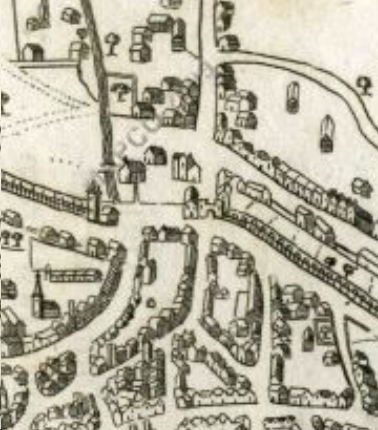 Moorgate was a postern in the London Wall originally built by the Romans. It was turned into a gate in the 15th century. Though the gate was demolished in 1762, the name survives as a major street in the City of London. The street connects the City to the London Boroughs of Islington and Hackney, and was constructed around 1846 as one of the new approaches to London Bridge. 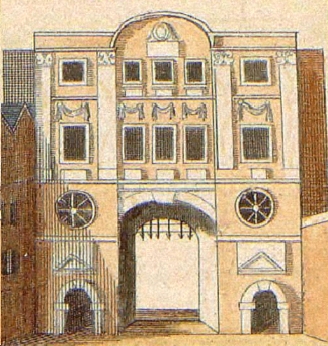 The first railway to "appear" at Moorgate was that of the Metropolitan underground line. Constructed by digging a gurt big trench and roofing it over with girders and or masonry ("cut and cover") the line had progressed from Bishops Road (now Paddington) to Farringdon by 1863. An extension to Moorgate was opened in 1865. The bit between Kings Cross St Pancras and Farringdon became four track to accommodate trains from the northern suburbs via tunnel links at the two London termini. 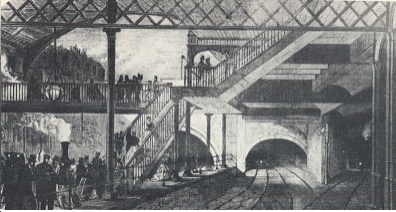 This old engraving shows platforms on the Metropolitan line at Kings Cross with a through train from the Main Line appearing through the murk on the far right. With the growth of "business" around Moorgate, these lines (still known as the City Widened Lines) became very busy indeed, conveying suited office clerks from the rapidly expanding suburbs. So busy, in fact, that long distance trains into Kings Cross were being delayed at peak times. Sounds rather familiar!

Something had to be done!


Please Note
fbb is off on his travels with Mrs fbb. A neighbour will be cat-sitting and meerkat lookalike Maureen-next-door (?) is on hand, blunderbus at the ready, as our neighbourhood watch sentinel. fbb will be in Abingdon for a few days (Family Christmas) and intends to blog as usual. But you can never be sure ...


Next Blog : Saturday 29th December
Posted by fatbusbloke at 02:00