The day began with fbb doing a bit more improvement of his recently purchased TPO carriage which came in all-over red and now has grey roof and black ends. But more could be done to make it better. The black block at the right is where Hornby pick up and set down their little mail bags. In reality this whole area is where the net is stowed, the net that catches the real mailbags off their pole and hook by the trackside. 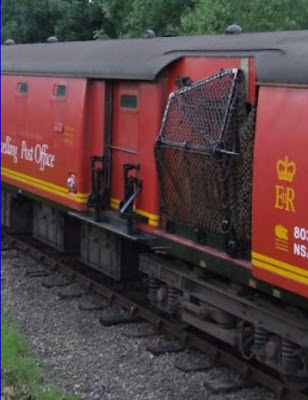 Note that the bodywork behind the net is red; note also the gubbins in the doorway in black and the light on the body-side next to the door. These are switched on at night to show that the TPO is in pick up/set down mode.
And here is the net opened out. 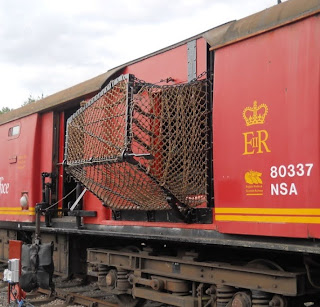 The painting went well until fbb put little blobs a cream paint on the body-side lights.

In some weird way this process led to tipping a whole tin of Humbrol cream enamel over Mrs fbb's tablecloth (fortunately plastic) and down the right leg of fbb's trousers, down the right sock and over the right slipper.
Not good!
But the old man was reasonably pleased that his net looks more like a net!
Then BT Openreach turned up in force to try to make the fbb's frequently failing internet function felicitously, thus interrupting blogging and much other "stuff" for the whole afternoon. At 1715, and in some frustration, fbb cadged internet from next door.
Almost immediately the fbb internet re-appeared - but with no landline phone. Subsequently the lads also re-appeared and everything (including the phone) seems OK - but (a bit like when the NHS gets it claws into you) more tests are needed.
So, with less time than usual and hope for electronic stability, back to the blog. Unfortunately, after the further tests, the lads from BT Openreach report that the line is not right yet and they will have to pass the job on to another man who will turn up in a couple days.
Deep joy!
Naar De Hoek En Verder 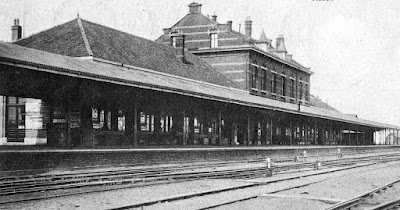 In 2017 the conventional rail line to Hoek Van Holland was closed and replaced with temporary bus services.

Although the main station on the line was the interchange for ferries ... 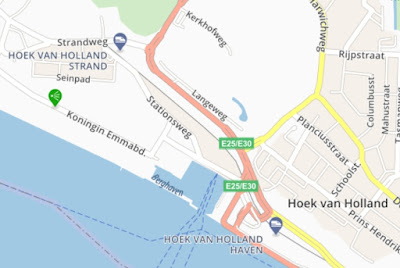 ... the line continued one stop to a station called Hoek van Holland Strand - i.e. Beach.
It was actually almost a whole mile from the Strand station to the beach.
Metro Line B was to be extended to the Hoek by way of replacement. From 2019 Metro trains used to terminate at a platform of the original station ... 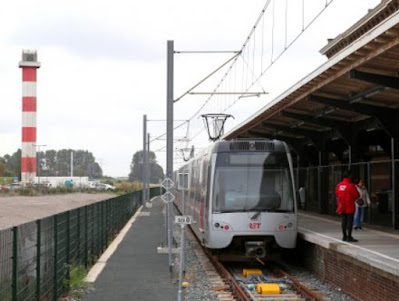 ... whilst the original bays used by those evocative trains to far away places with strange sounding names ... 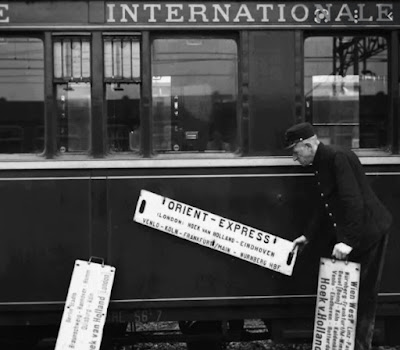 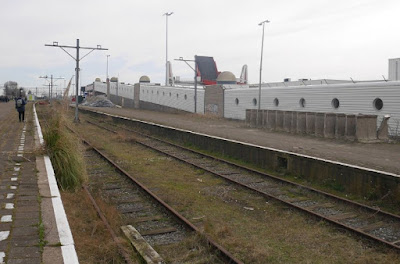 Note the covered walkway from station to Stena Liner ferry.
Rotterdam Metro began its life in 1968 with two simple lines called NorthSouth and EastWest. Clever readers may be able to work out how they were arranged directionally. 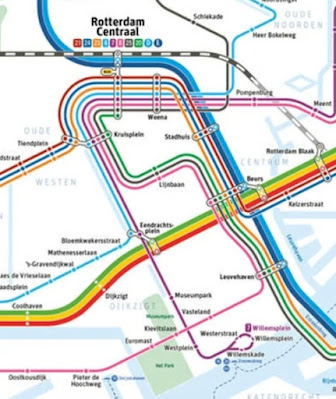 There was interchange between the two routes at Beurs (originally "stock exchange"). 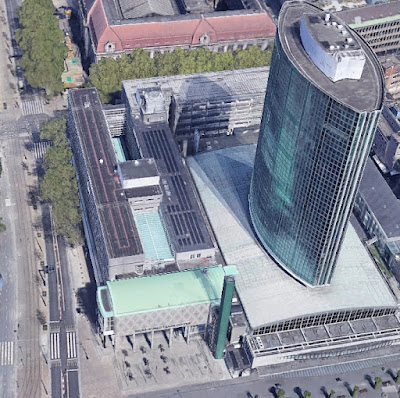 It didn't look quite like that when fbb last walked past the Beurs - but that was 62 years ago! It has been done up a bit since 1959. 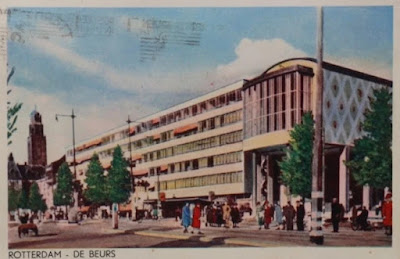 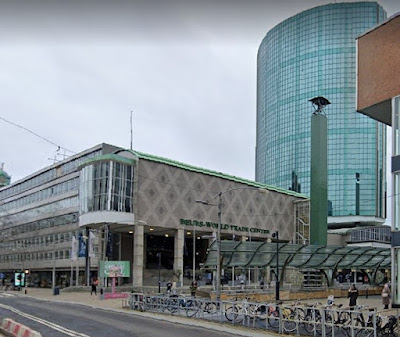 The thinner lines on the map are tram routes and there are still plenty of them; but they, too, have changed a bit since 1959! 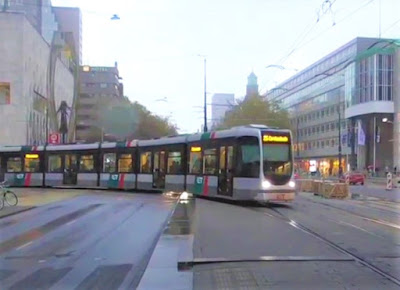 The two original Metro lines have spawned extra routes and services over the years but the pattern of operation through the city centre is still the same. Note also that passengers from EastWest trains have to change to get to the "proper" train station at Rotterdam Centraal.
It was the yellow line B that was extended to the "traditional" ferry terminal. 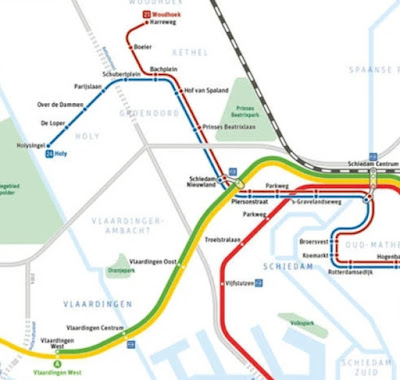 It is just off the official map, but show diagrammatically below. 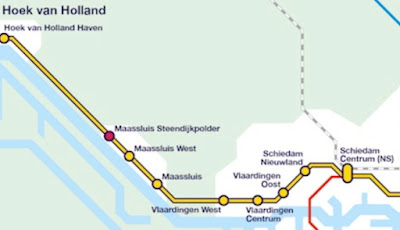 The new service does not have the "class" of the old-style of travel, but it still looks very smart! Due to the domestic challenges outlined above, we will conclude the Tunnel Vision blog tomorrow.
Also to come, over the weekend, is a review of the Yesterday programme, the first in the series about the modern Hornby company. 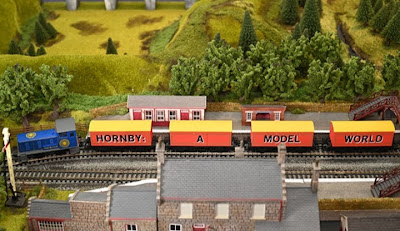 And there's yet another book review coming up! 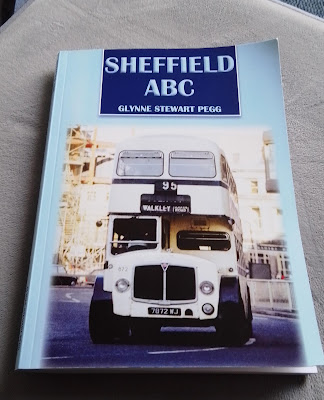 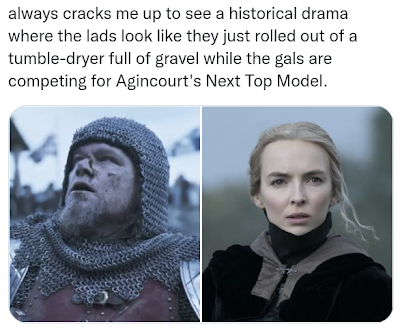 Indeed; fbb has often wondered in the same way!