It Was One Of Those Days. 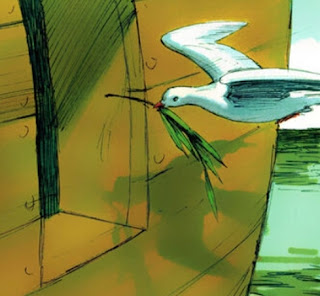 Having spent a fair bit of time last week preparing for GoTimetable change using dodgy data, fbb decided to dedicate yesterday morning to creating the next quiz and Bible note leaflet for the upcoming afternoon tea meetings in November. Double disaster struck. A memory stick-load of illustrations had been inadvertently deleted before use due to old age and incompetence - and over an hour's preparation was lost in a similar piece of stupidity. (fbb rebooted the computer and then remembered he had not saved his work!)
Guess the theme for the leaflet!
So the planned "loopy" blog was a keyboard too far for a frustrated and exhausted old codger. So, "Bits and Pieces" it is.
Mail Train - Alternative Model 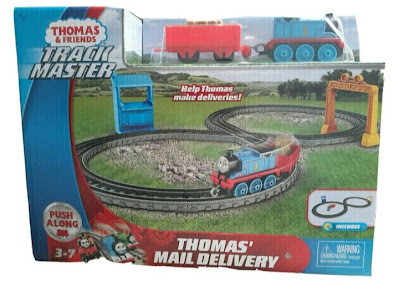 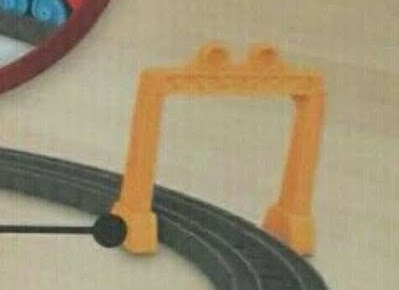 ... where goods can be push-loaded on to the wagon. 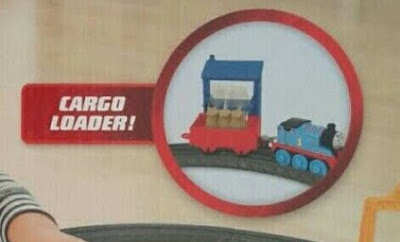 After trundling the loaded train around a few times ... 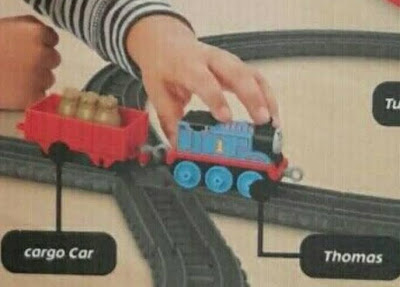 ... the parcels are removed manually.
fbb feels that the excitement of this model might pall after a few plays. But it might be a good introduction to model railways for a tiny!
New Trains For Brum 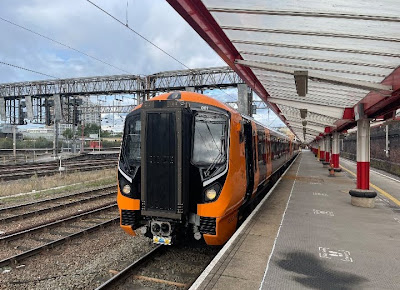 The first brand new Class 730 has been out and about on "fault free running" trials in West Midlands territory. 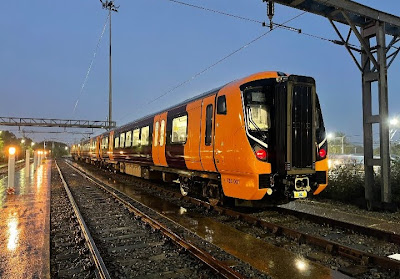 They are ugly, of course, but there is no stylish way to provide a through passage between units.
The British Rail Class 730 Aventra is a type of electric multiple unit being built by Bombardier Transportation for West Midlands Trains. Two separate batches of the fleet will be built; 36 three-car units are intended to be operated on West Midlands Railway's suburban services, primarily the Cross-City Line, and 45 five-car units are intended to be operated on London Northwestern Railway's suburban and long-distance services.
They will be the first train of the Aventra family to feature end gangways.
They are broadly similar to recent deliveries as class 320 for Abellio Greater Anglia. 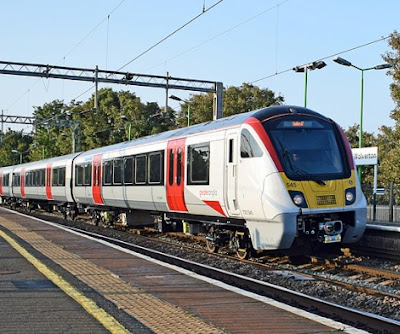 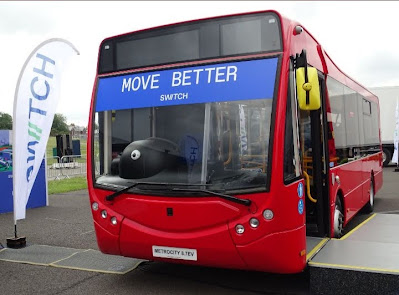 This being from Optare with some already on order for use in London. 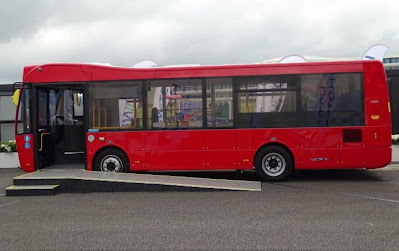 But to go with this "zero emissions" news is a worrying tweet. fbb cannot authenticate the figures, but a motorhead chum has confirmed the general concern. 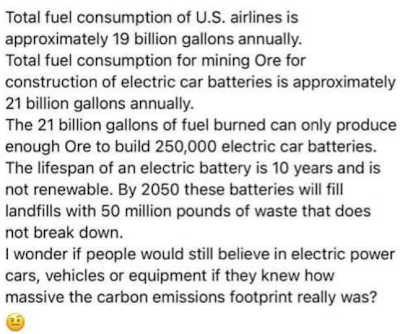 If the above is true, we should all be very concerned about the lemming-like rush to electric vehicles. And there is still the problem of making enough electric to fill the batteries. We would be unwise to rely on Mr Putin and his chums.
More New Buses For Sanders 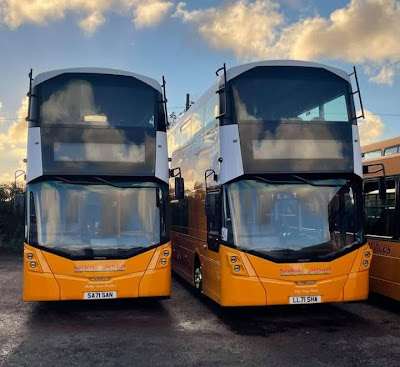 Sanders Coaches Ltd is a 100% family owned Company formed in 1975 by Norman and Gladys Sanders as a small 5 vehicle local coach operation based in Holt, North Norfolk. Now owned by their sons Paul and Charles Sanders the fleet totals 85 and is split between local bus and Coach Charter Operation.
We are very proud to be a 100% Norfolk based Company serving Norwich and Norfolk people and providing over 120 jobs to our local community and, of course, also enjoying the wonderful experience of living in this beautiful and amazing part of the Country. 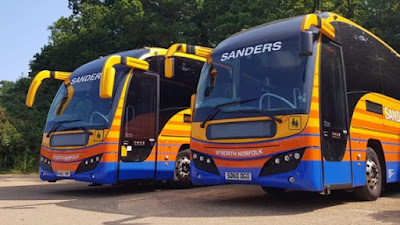 The company web site is clear, easy to use and includes fares. Good house point for the latter. There is a minor irritant, however; do we really need to show the route number next to every time point? 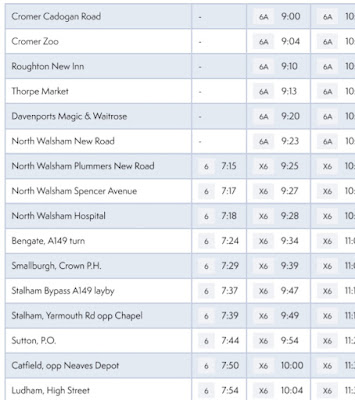 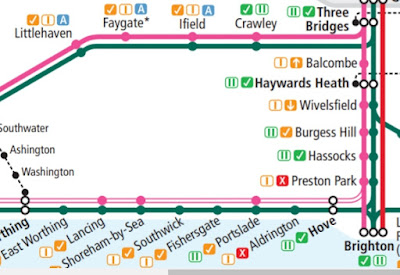 It is on the Arun Valley line which runs from Three Bridges to Bognor and Littlehampton etc. It has the reputation, richly deserved, as being the least used station in Sussex. The village of Faygate is not huge and lies to the south of the line. 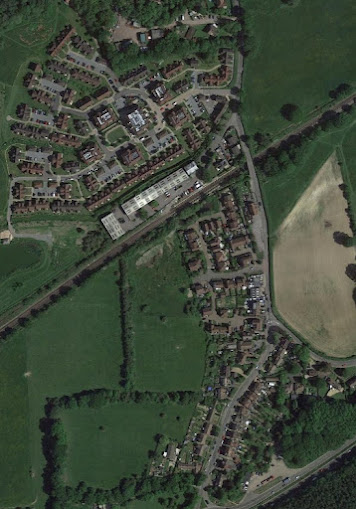 To the north is Durrants Retirement Village. The station has an asterisk on the map which indicates limited service. Trains call Monday to Friday at peak with one midday train, and less on Saturday. 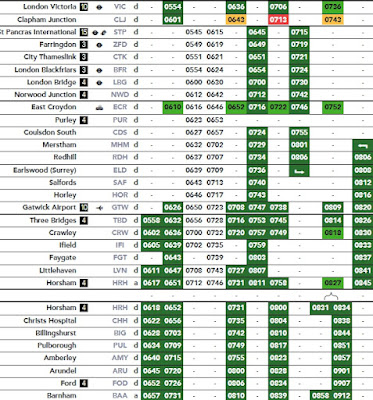 It also has a Thameslink train!
Facilities are limted - no, actually, they are non existent! Entrance to platform 2 is from the road overbridge ... 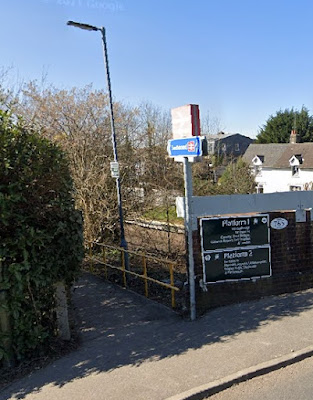 ... and to platform 1 (TO London) from Station Avenue on the north bank. There is no footbridge. 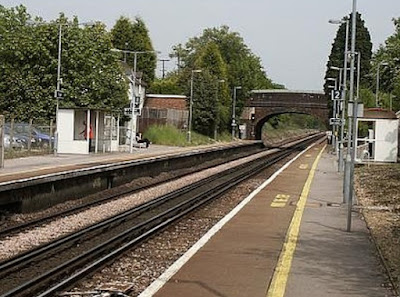 Once it was a "proper" station, then called Fay Gate. 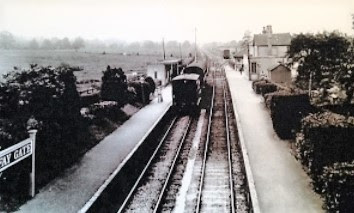 From the look of the train, the station was never busy!
It was a twittered picture that aroused fbb's interest. Apparently this is still there! 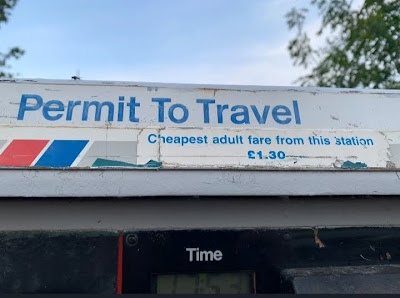 Also on-line is a video. It is 14 minutes long, so too long for a quick blog read; but fbb reckons, for all sorts of reasons, it is worth a watch. Bear in mind it is now out of date. South West Trains ceased producing their timetable book some time before First's take over, for example.Hopefully fbb's addled brain will be unaddled by tomorrow.