How About That Day Return?

As a pure "thought experiment" fbb wondered about attempting a day return to Edinburgh from his home station, Axminster. The "Book" page seemed straightforward. 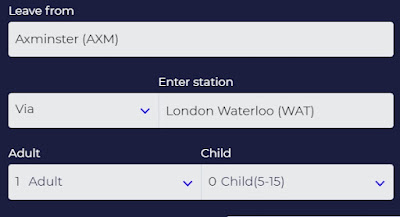 These two panels sit side by side on fbb's lap top. 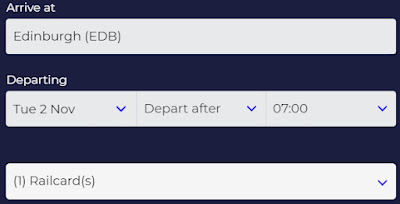 They are, of course, a version of the standard journey planner available on all train company sites. But the enquiry above delivered what seemed to be a bargain fare.

But was it on a Lumo train from Kings Cross?
No idea.
There seemed to be no way of finding out whose train you were to ride upon. 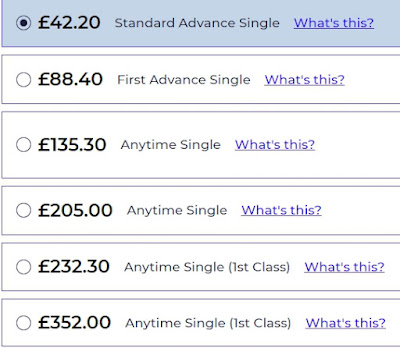 fbb tried a journey on another day which arrived in Edinburgh at 1517, the Lumo arrival time as shown on the Lumo train timetable. 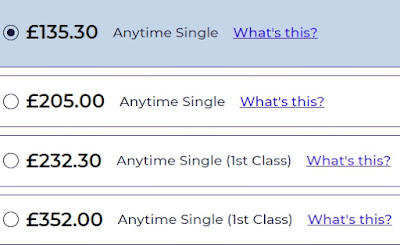 This would be on a Lumo train- hopefully! 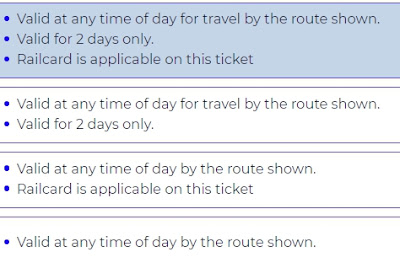 fbb THINKS it means that Railcard discount HAS BEEN APPLIED to the ticket as highlighted.
Two problems seem to emerge.
Against the £42.20 price, the notes always said ...

... and it was the same for every journey on which a £42.50 fare was "available"!
Only one ticket left and no details. What does fbb smell? 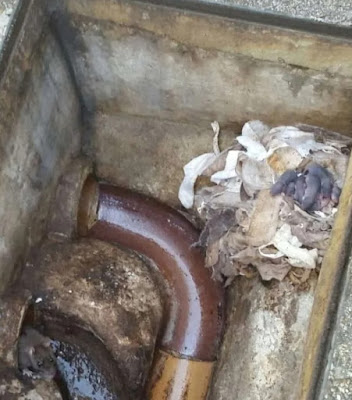 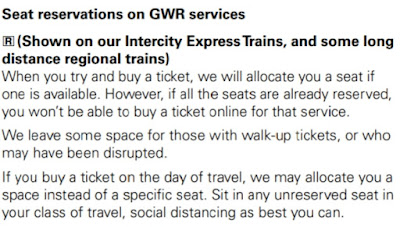 But you won't be able to buy a fare on line, apparently, if there are no reserved seats available. But you will be able to buy a tickey at your station or, of course, buy one on-line and then travel at a different time provided that your ticket is valid - as most tickets are.
But what about Lumo's special of of £19.90?
fbb tried a random journey from Kings Cross at 1045. Definitely a Lumo train!

And it showed the cheapest fare for that day.

BINGO!
It would appear that, to get the cheap offer, you must first know which train is a Lumo train and then (and ONLY then) can you actually buy the cheap ticket.
But what about these terms and conditions.

Or an alternative version elsewhere on this confusing web site. 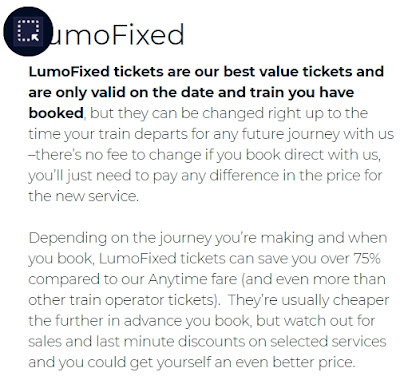 Sorry, fbb could not get rid of that annoying dotted square.
And Anytime? 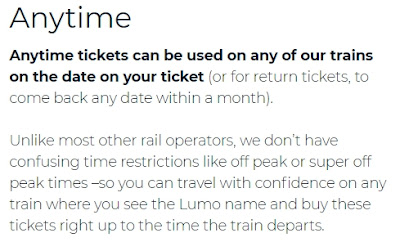 Because the £19.90 fare is the only fare on offer at the moment, we do not know what the price of "Anytime" will be.
But it still leaves that slightly dubious £42.50 fare from Axminster as a real bargain. fbb THINKS that might include a Senior Railcard discount but cannot be sure.
Question for Lumo.

Is this really "Travel well beyond expectations"?
Question for Messrs Williams and Shapps. 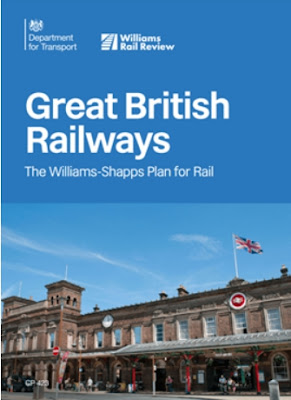 Will Great British Railways sort this mess out?
Oh? Didn't think so.
Witch's Cauldron OR Which Is A Chauldron 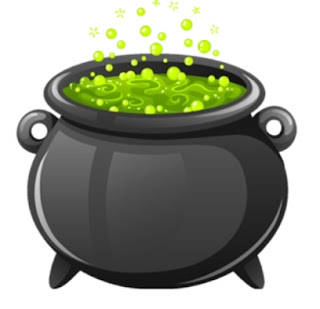 A cauldron (or caldron) is a large pot (kettle) for cooking or boiling over an open fire, with a lid and frequently with an arc-shaped hanger. In other words, a large kettle.
A chauldron?
A chauldron (also chaldron or chalder) was an English measure of dry volume, mostly used for coal; the word itself is an obsolete spelling of cauldron. It was used from the 13th century onwards, nominally until 1963, when it was abolished by the Weights and Measures Act 1963, but in practice until the end of 1835, when the Weights and Measures Act of that year specified that thenceforth coal could only be sold by weight.
As a measure of volume, chauldron soon became the word for a railway wagon that carried a set volume, although chauldon wagons in different areas often carried different volumes, and sometimes they would be fitted with wooden boards to increase that volume. Originally it was the amount of coal that could be hauled by one horse.
The wagons did sometimes look a bit like the witch's cauldron ... 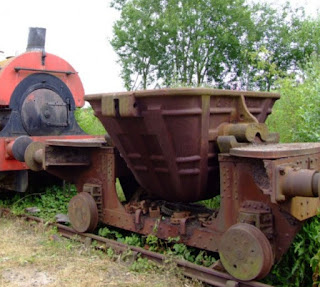 ... but for carrying coal they were always of a similar design. It is quite tricky to gauge the size without some point of reference ... 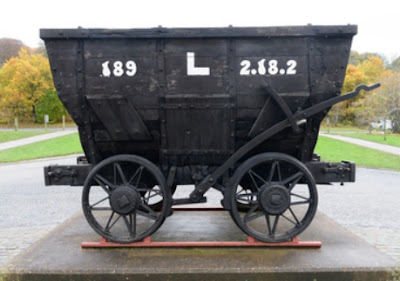 ... but below is a hand-built model chauldron set alongside a standard mineral wagon.

A company called Accurascale has announced OO models. They come in Pack of 3 ... 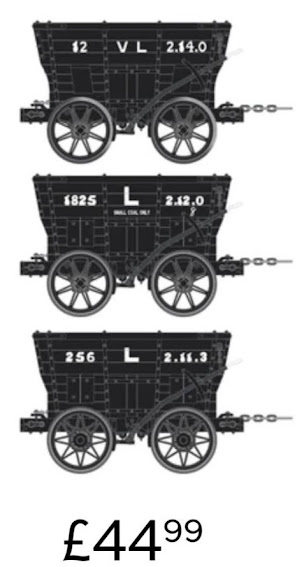 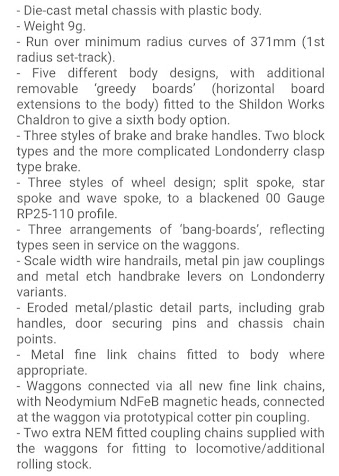 Pre-production models look superb despite being presented in lurid blue. 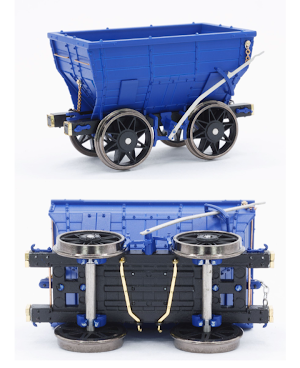 The packs of three are being manufactured in various different liveries (that would be black with different lettering!) 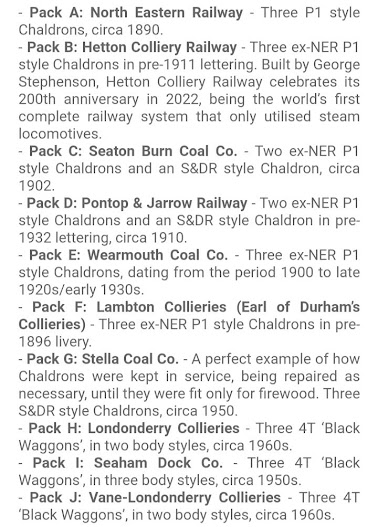 Cleverly, these little wagons are coupled together with a magnetic version of the prototypical iron chains.
South Yorkshire PTE AGAIN!
Below is a notice for a temporary diversion a week ago on Sunday to allow for some event taking place in High Street.

The 76/76a route does run VIA Greenhill with stops at Reney Road ... 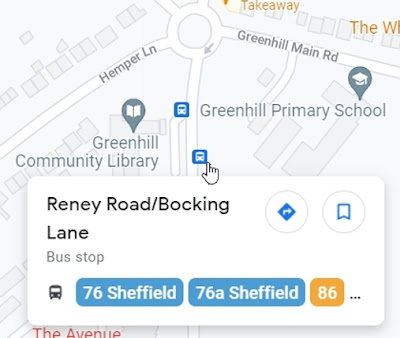 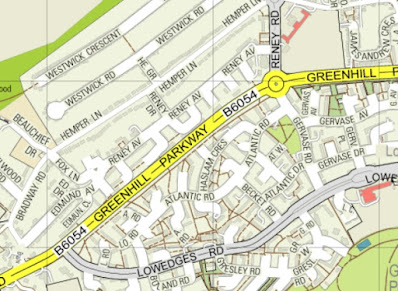 ... then back via Greenhill Parkway and Lowedges Road (eastbound) to terminate at ...
... LOWEDGES - and NOT Greenhill. 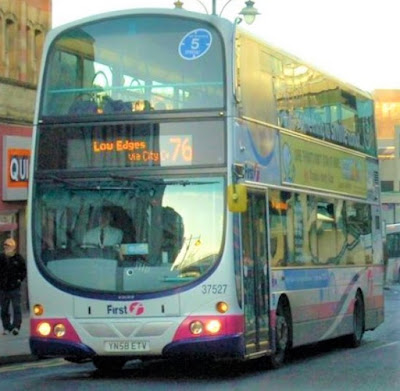 Would it be picking nits to also remind the PTE that service 76a does not run on a Sunday, so should not have featured on a notice for disruption of service on 26th September?
Well done PTE!
Nothing To Do With Public Transport
We can easily be confused by the standard Mercator map projection of the world. These two popped up in the Twittersphere. One is Chile (South America) overlaid on a map of Europe. 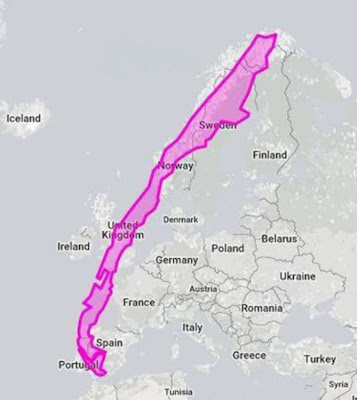 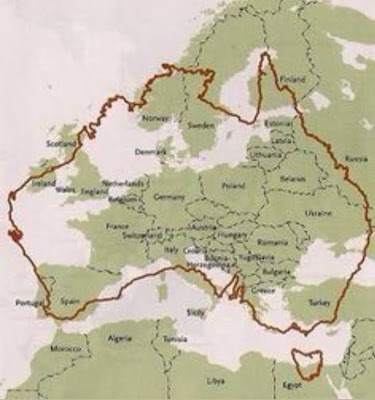 Next London blog : Tuesday 5th October
Posted by fatbusbloke at 02:00