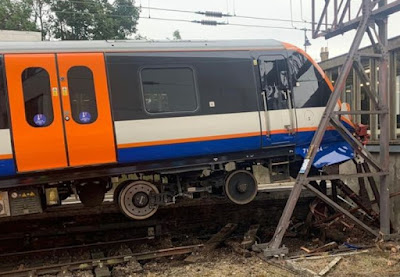 The recent prang at Enfield Town made the national news, although it was not a huge disaster. But this was nothing compared with a faux pas on the Rotterdam Metro back in 2020. Here is a picture of Der Akkers station, courtesy of Google Earth, the southernmost terminus on the system. 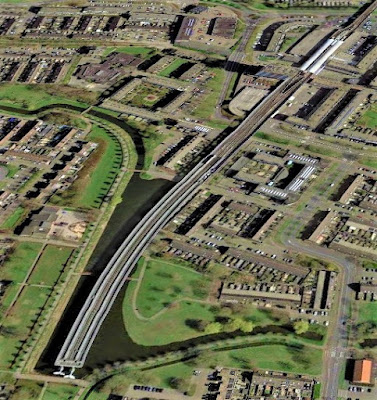 The station is top right, but the tracks continue to some storage sidings built on top of a spare bit of canal of which there are many in Rotterdam! 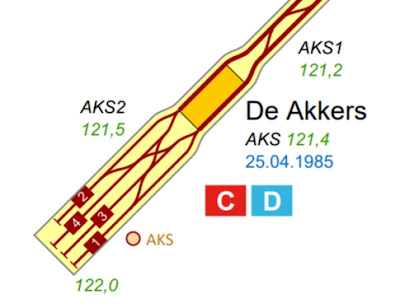 The viaduct is aesthetically very pleasing, but at the end are a couple of bits of "street art", viz two whales' tales. 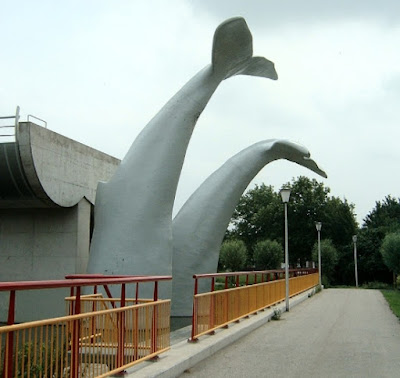 Well, it seemed a good idea at the time!
Back in  November last year, a train (empty but for driver) decided to keep going at the buffer stops and, miraculously was caught by the whale. 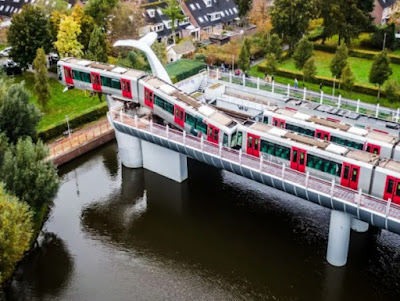 No one was hurt, but experts expressed their amazement that the artwork was strong enough to catch the train. 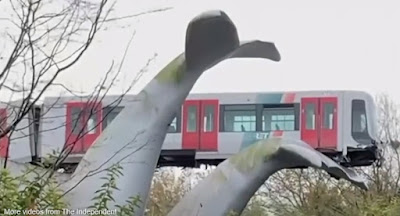 Suitable headline?
HAIL WHALE TAIL
FOR RAIL FAIL!
Perhaps fbb should start writing for Sunday Sport? Perhaps not!
In case you didn't spot it, most of the Rotterdam Metro is third rail electrified ... 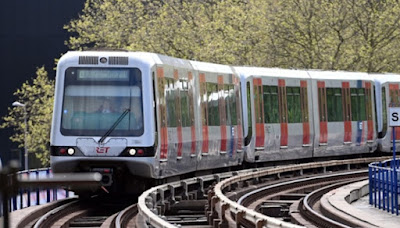 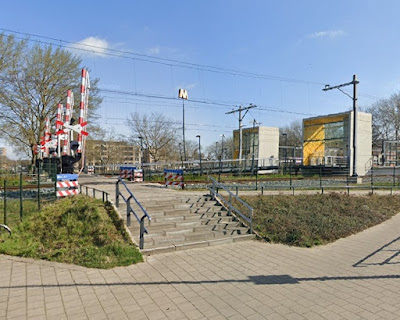 So there we have overhead string and pantographs seen here at the Den Haag terminus.
UNO Competition Brings Nostalgia 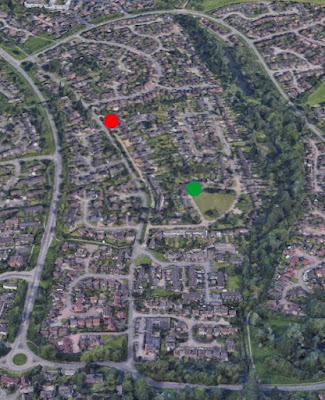 fbb wrote recently about UNO's competitive service 17 having a little poke at Stagecoach in Northampton. The route loops via eastern district housing which has swallowed up the village where fbb lived from 1948/9 until settling in Sheffield in 1966.
What fbb did not know at the time was what destination display UNO showed on its buses. He was expecting Bellinge, the name for the bulk of the development but, with a tear in the eye, fbb espies ... 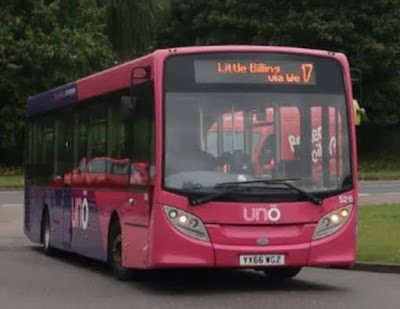 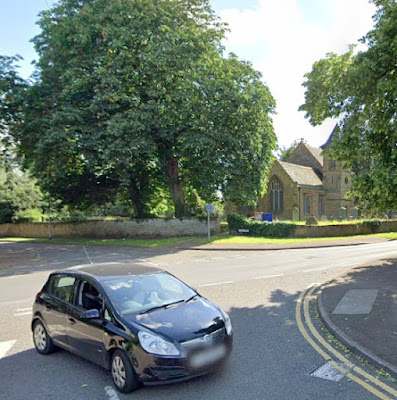 The stop has physically moved a bit (it used to be on a small grassy splodge in the middle of the road junction just above to car roof in the picture above) but from here the youthful fbb caught York Brothers' double decks to Northampton Grammar School over a period of nearly eight years.
There is now no bus from here to there - indeed, there is no road from here to there, it having also been swallowed by Northampton's all-gobbling expansion.
Sigh!
So You Want A Die Cast Merchant Navy? 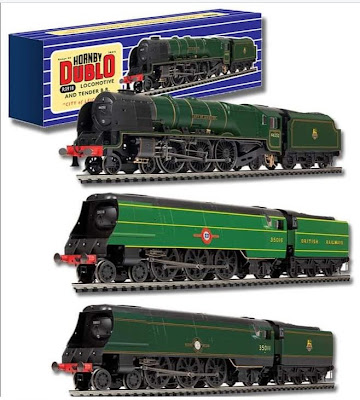 You have watched the Yesterday documentary and you have decided that you MUST have a nostalgic die cast model, redolent of the much-loved and long-gone Hornby Dublo on Binns Road in Liverpool. Three versions have been produced with a limited run of 500 or each.
They are produced at approx £270 each or above depending on detailed spec, but ... 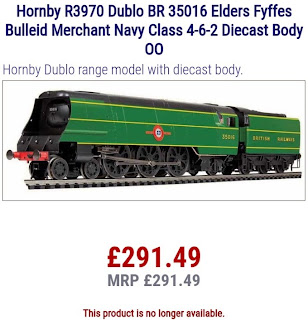 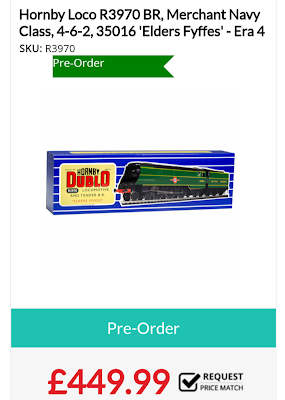 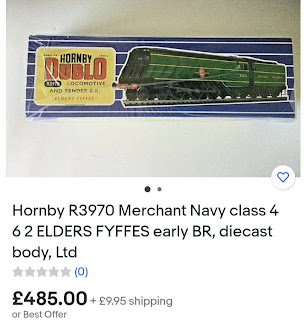 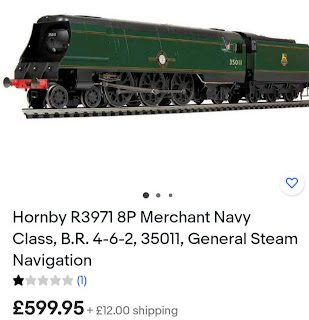 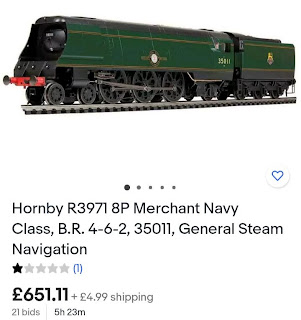 Multiple OUCH! There are plenty of rich old codgers (NOT including fbb) who will pay!
fbb recommends the good, old-fashioned, plastic bodied West Country version. Make a "Merchant Navy" name plate on your computer and park the loco partly in your engine shed and nobody will know. 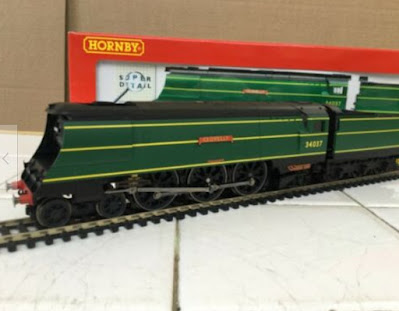 A good model in working order with good box would be available at prices upwards (it is always upwards!) of £100.
Or you could buy the box, the empty box, for ... 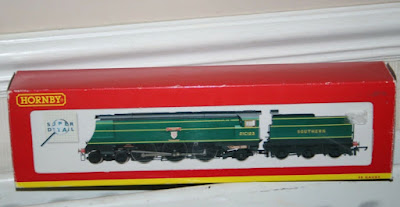 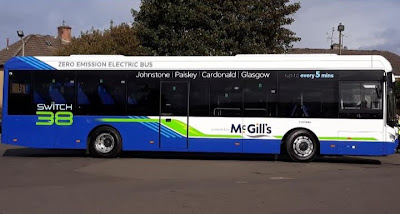 After launching its electrification of route 26, McGills are now striding forward with its next route. This is the 38 ... 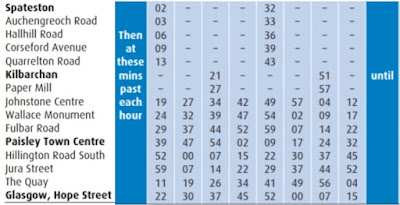 ... with more details awaited.
Island Apparition
With the start of the service of new old trains due any week now (so we are told!) Island Line is still playing with its new stock. The latest rumour (from a usually reliable source) is that the USB sockets, as used for charging your devices, are getting hot.
This should not happen!
Oh dear, oh dear, more delay?
Meanwhile the lads at Ryde depot have bravely run two two-car trains joined together and ... 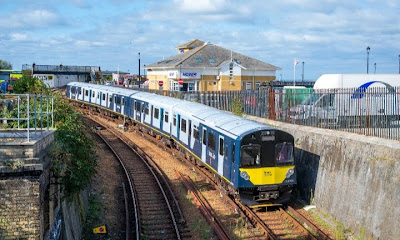 ... do they know no fear, have run them through the Ryde tunnel.
And nothing fell off!
Phew!
Breaking News
fbb has ordered some duckets. 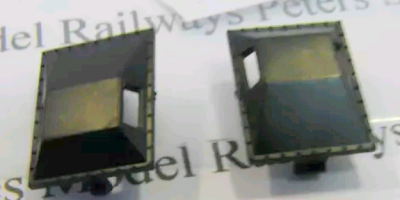 No home should be without one - or two!
Next Variety blog : Monday 18th October
Posted by fatbusbloke at 02:00