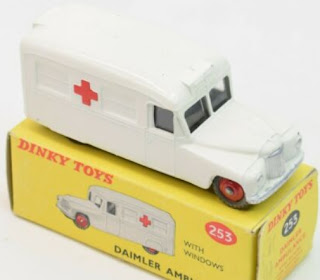 When fbb was a little lad, he acquired a few dinky toys, but reckoned they were too expensive and, of course, they were all too big for his developing model railway. The new range of Dublo Dinky toys developed to Hornby Dublo railways never featured on the child's Christmas List. The "normal" model ambulance was simple without darkened rear windows and lacked detail - but that was normal back then. Neverthless it was based on a real Daimler! 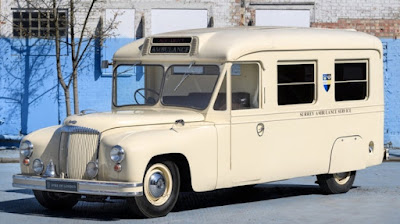 Every year Oxford Diecast, based in Swassea - hence their company name - produce a model in support of Poppy Day. This year it is a 1:76 (i.e. OO scale) model of a London Ambulance. 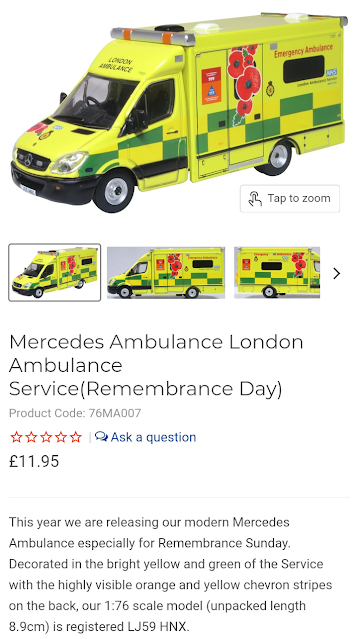 Not cheap these days, but a cracker of a model and, as you would expect, based on the real thing. 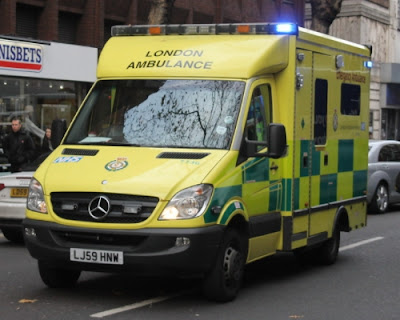 If you live in or near the Capital, you will know that the Ambulance service has a lot of them! Considering that the model is about one third of the size of the Dinky, it is a remarkable production.
When will it come with flashing lights and a siren?
Unwanted 707s Are Resurrected 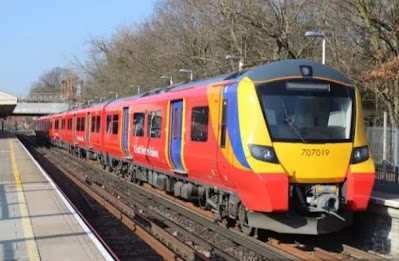 Train "buffs" were astounded to learn that First Rail, having snatched the South West Trains franchise from the jaws of Stagecoach, then announced that they were ditching the shiny new 707s ordered for the Windsor line; and doing so even before they were delivered.
The promise was that London would have one inner suburban (the ones in red) fleet of all the same type ypf train, although it looks as if this promise isn't quite working out!
The 707s were to go to South Eastern to replace some of their ageing Networkers. 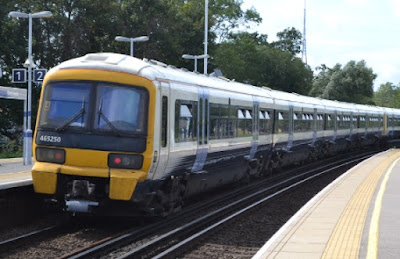 And, lo, they have begun to appear. 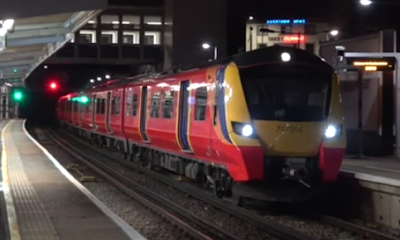 In the middle of last year a twitterer revealed that he had "spotted" a train in the proposed new South Eastern livery. 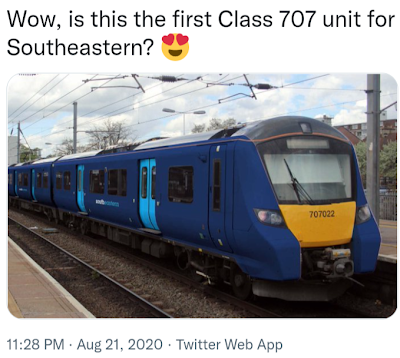 Yeah, right! However, South Eastern have publicised their new look with some artist's impressions. 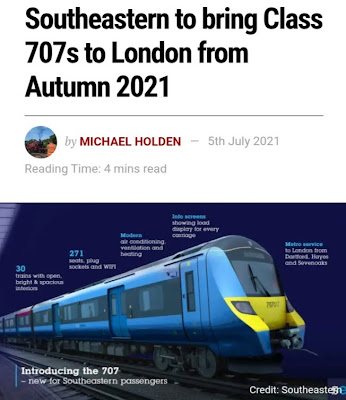 The new look doesn't seem to create much desire - indeed it is even less desire-creating in practice. 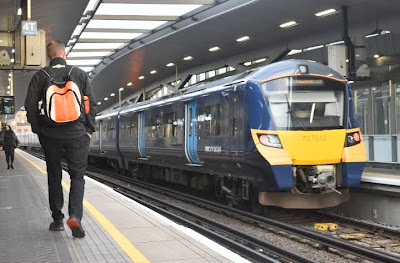 Looks a bit Javelin-like? And the Javelins are equally uninspiring. 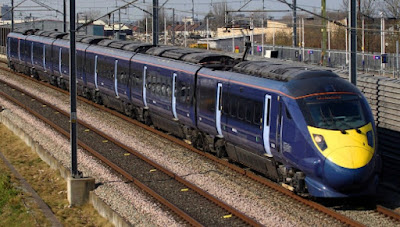 If you look VERY closely, the dull blue of the 707s is "enhanced" by a broad band of even duller grey round the windows. 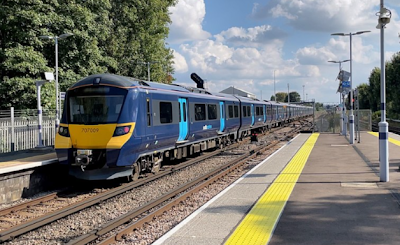 At least the doors offer a little relief from the dullness.
And, to bring the 707 transfer project to a peak of PR passion, the trains are being called ...
City-Beam! 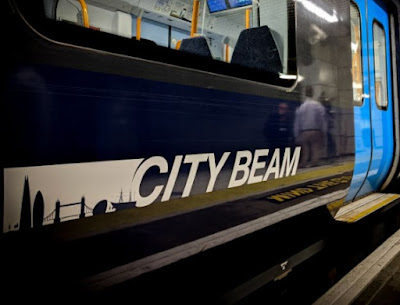 No, fbb has no idea either.
Snippets
Retired transport manager on the warpath? 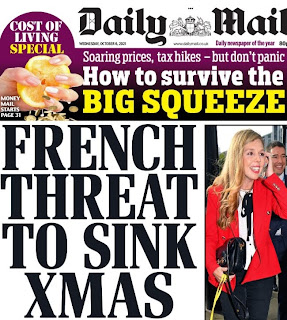 Clearly SOMEONE has upset Roger!
Scarborough never looked like this ... 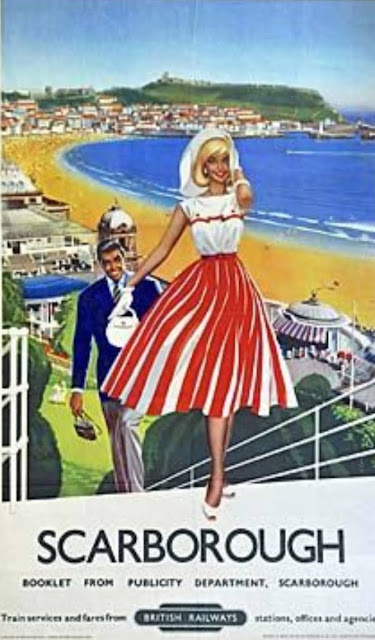 There is a youthful fbb in grey slacks, shirt, tie and natty blue sports jacket accompanying Mrs fbb in a striking A-line frock, matching top, neat high heels and a splendid sun hat as they return to Mrs Miggins Guest House for their supper, after a day frolicking on the golden sands.
Did anyone EVER look like that at Scarborough? Ah, that's more like it! 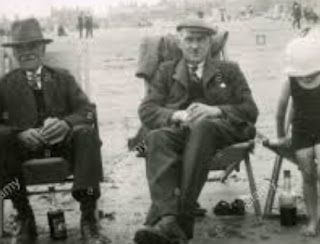 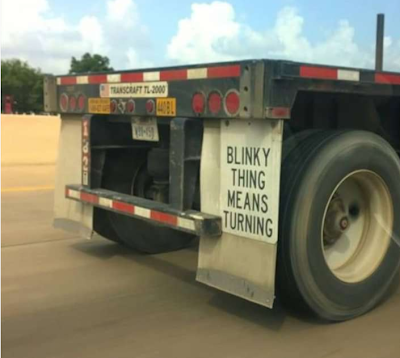 One comment writer added "as long as you do the blinky thing before the brakey thing!"
Enthusiasm Deflated!
Mrs fbb has just taken delivery of a ball of wall from an on-line supplier. 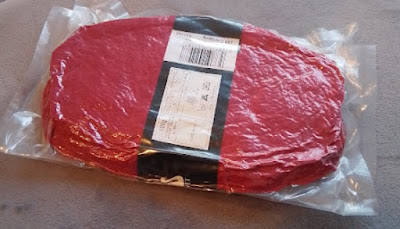 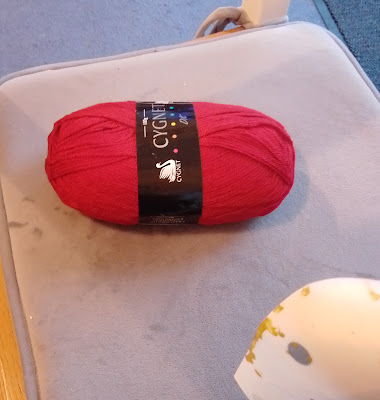 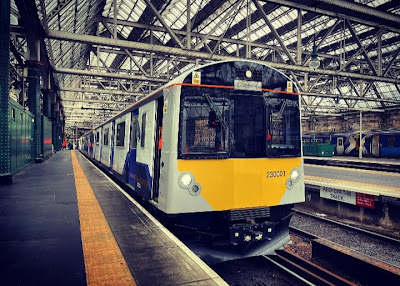 VivaRail will be giving rides from Glasgow Central as part of the Cop26 talking shop. The train WAS a diesel electric demonstrator and has been converted to battery electric with fast charging. 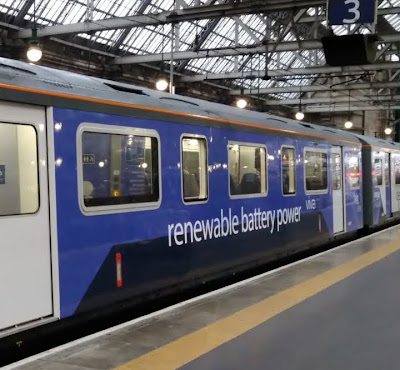 You MUST visit Aylesbury Says it all doesn't it?
Cheap in West Yorks tomorrow 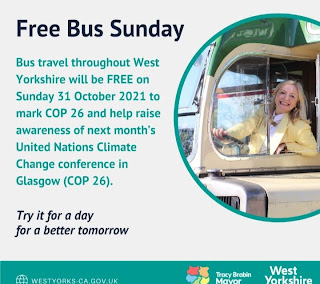 First The Good News
Sheffield has begun to update its departure lists in advance of this weekends big cut-backs. 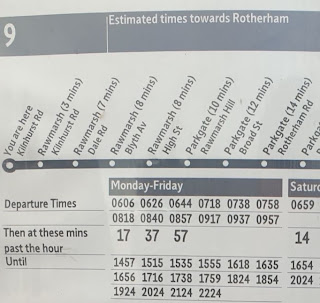 Rotherham's 9 is reduced from every 15 minutes to every 20. This change is a "Stagecoach" change and happens today. Most Stagecoach buses in Sheffield change on Sunday unless it is Monday. 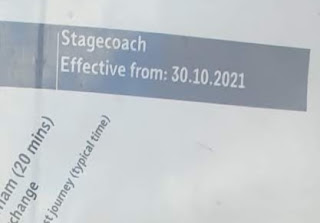 Contractors do the job and they were still very much at work yesterday. But interchanges use a different system whereby the departures are listed in time order, even if they are different bus routes. It is awful.
Here is the PTE expounding the changes to X57 and 257 times from Hulleys. 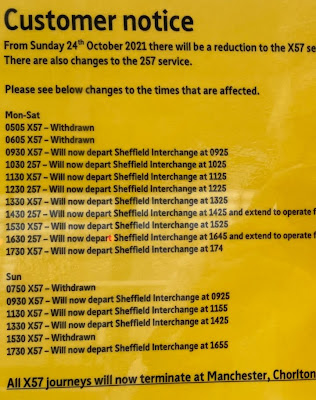 Would it not be MORE helpful simply to pin up and enlarged version of Hulleys timetable? If they did they MIGHT notice that they had missed out the 0705 departure!

As a bonus, you would the passenger be able to check his your arrival time.
Bonus!
Next Variety blog : Sunday 31st October
Posted by fatbusbloke at 02:00