Harold Would But He Couldn't (2) 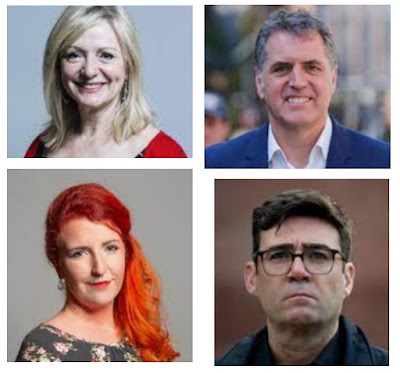 Tracy Brabin (West Yorshire), Steve Rortherham (Merseyside), Andy Burnham (Manchester) and Louise Haigh (Sheffield) are po,iticians who have featuires in these blogs in recebnt years. They all want their local buses to be "as good" or "as cheap" or "as frequent" as they are in London. They want a London "franchised" system.
Do they really know what they ask for?
A reecent blog from Roger French coincerns a Transport for London bus route. fbb was interested to fond out a bit more as he has never been to the area Rog was investigating. But, eager as ever to extend his public transport experience, the old bloke was anxious to increase his understanding of bus services in the Harold Wood area.
Whilkst there is some information on the Trasport for London web site, an overview is pretty much impossible.
Going to "maps", a search box and typing in "Harold Wood" ... 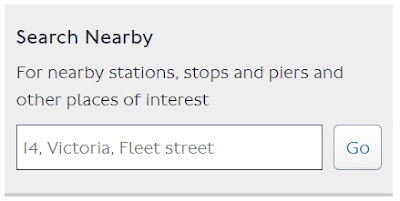 ... reveals which buses stop near the station but not where they go. 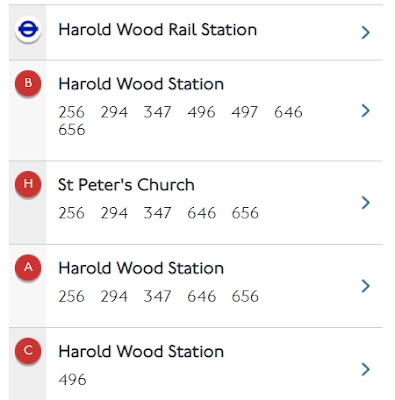 But if we know our bus route number we can find a stop. 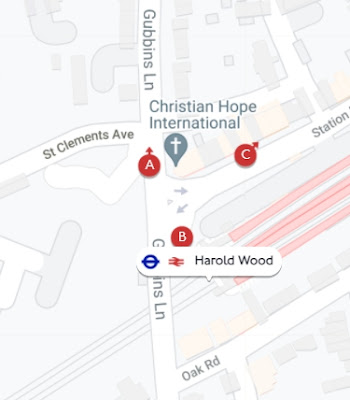 Most routes run in both directions but this enquoiry is no help in making that choice.
What about bus maps? 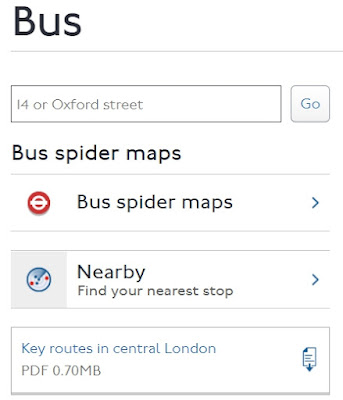 The search box nearby takes us back to the Harold Wood station map above. Maybe one of TfL's world renowned spider maps can help?

No, there isn't one. Spider maps have been progressively withdrawn, particularly from suburban destinations, and those for busy central areas have sunk in quality to a level something lass than abysmal.
Here is part of the Romford "spider" showing routes that run  vaguely between the town centre and the Harold Wood area. 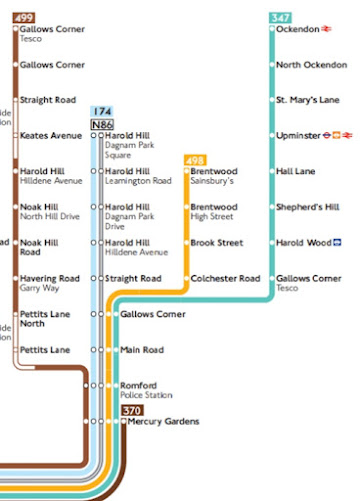 Really awful - and almost completelty useless.
Of course, each TfL bus service does come with two helpful (?) diagrams; a simple list of stops ... 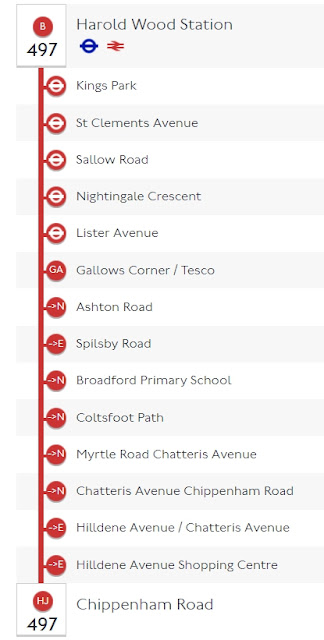 ... and a geographical route map. 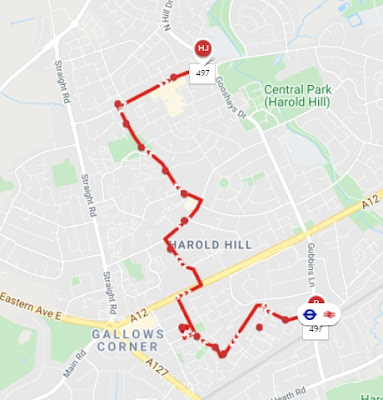 In its basic form it is next to useless, but it can be enlarged. Certainly, if you know where the bus goes, it will tell you where the bus goes, but for a newcomer it presents problems. The red lines often obscure the road names and you need to click on a stop blob to get the stop name.
The information it gives depends entirely on the base map and the principles on which it was designed. These principles are rarely the sort of things that a bus passenger like Harold would like to know.
Harold would go to Tesco if he could. But the map tells us that the only large store served by the 497 ... 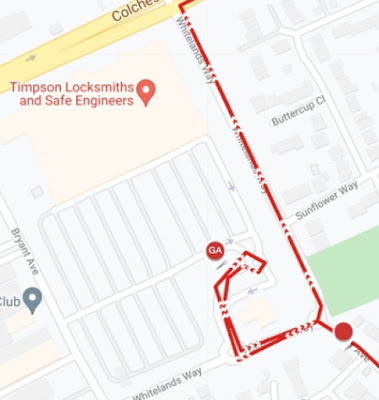 ... is the largest Timpsons Locksmiths in the western arm of the Galaxy. This sort of cartographical mis-management would be an anathema to ANY European urban bus network.
Even if you can manage a map for a single route, it offers nothing in terms of the network.
The 497 gives its outer terminus as Chippenham Road ... 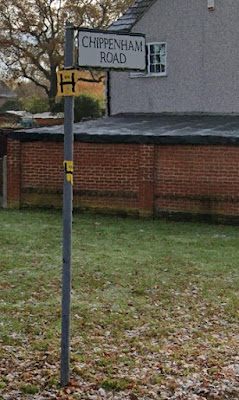 ... which os a long wiggly estste road not actually served by any bus. 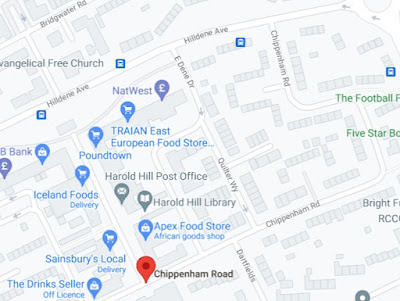 The actual terminus of the 497 is on Hilldene Aveue opposite thr northern end of Chippenham Road. 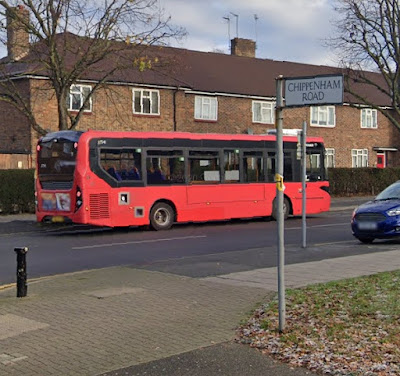 What is worse, Chippenham Road has buse stops for route 497 at both ends! 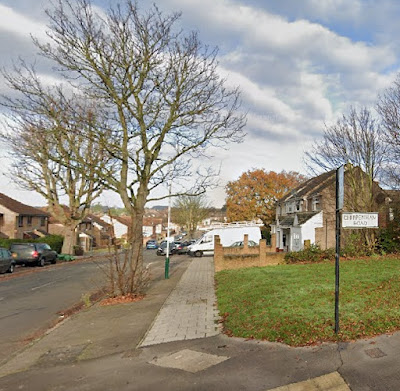 Above is Chippenham Road Chatteris Avenue.
What is needed is a "proper" details map of the 497 route not something cobbled together technically buy inadequately.
So to get to Chippenham Road it is possible that Harold would happen upon the 497. But what Harold would not find graphically is that there is a much quicker way to get from Harold Wood station to the northern end of Chippenham Road.
Perhaps. 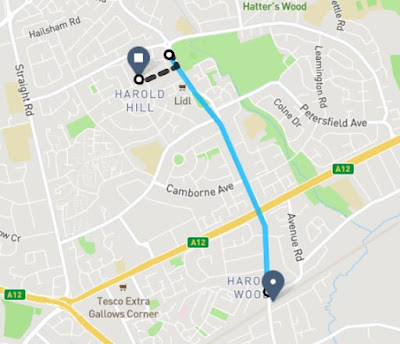 Or nearly.
But think how much easier it would be if there were a good network map of the Harold Wood area.
But there isn't because Transport for London cannot be bothered.
So fbb has drawn one.
It is very "broad brush" and weak on detail - but it is a start (E & O E). 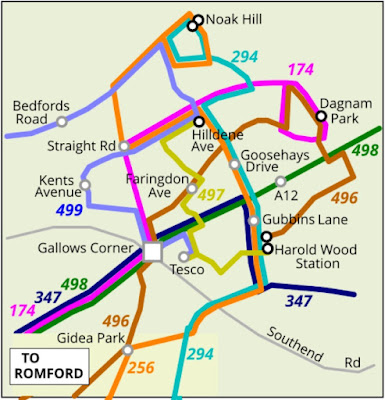 We will explore the map and the network a little further tomorrow. And, before people write in, fbb is greatly indebted to the work of Mike Harris; also to be revealed tomorrow. 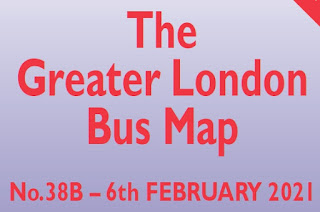 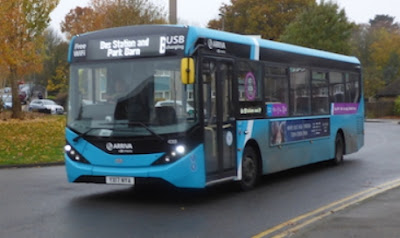 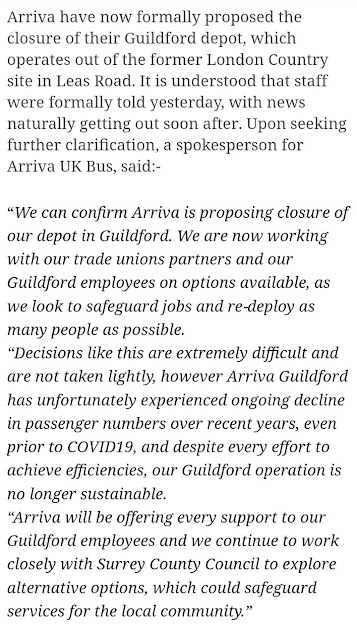 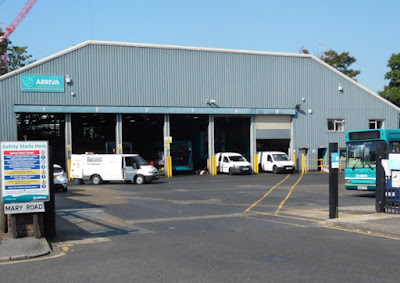 And this is what it used to look like! 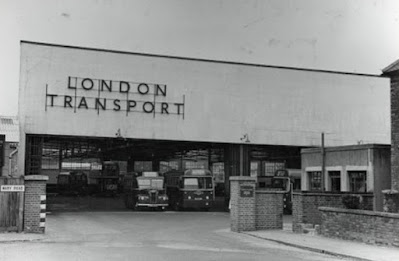 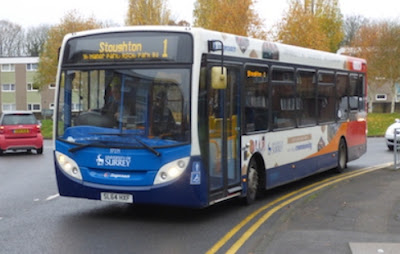 And A Question
What is missing that should be on this map? 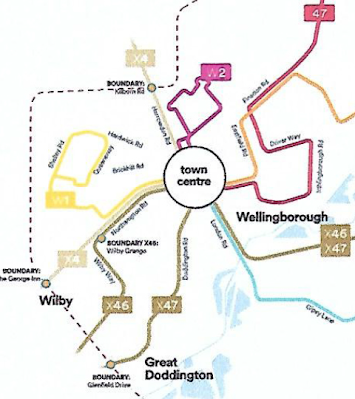 Answer in due course.