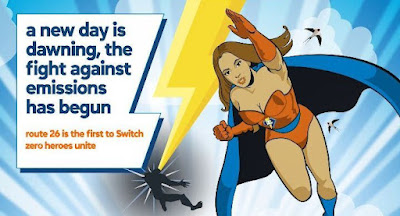 See Twitter (here) with the usual boring remark about emissions by the bucvketfull that have to be "dealt with" (or not) at Power Stations. 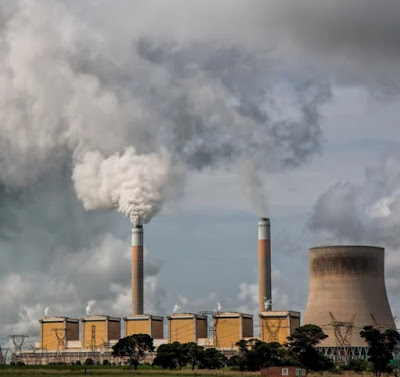 And there again, will we have enough home grown power or will be be in the hands of a volatile global market?
Emissions are not the only problem! 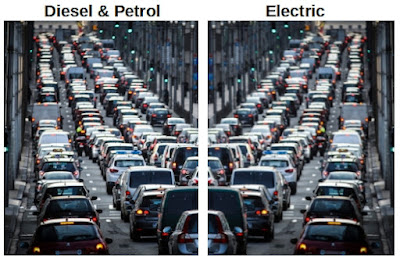 But maybe Switch 26, and similar schemes, are a start. But we need to be brave and aim to remove cars from our cities as far as is possible and that means cheap fares as well as electric buses. 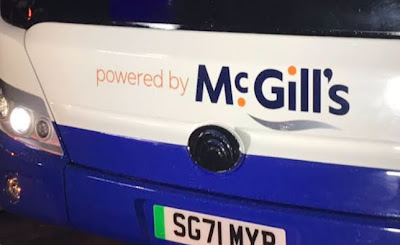 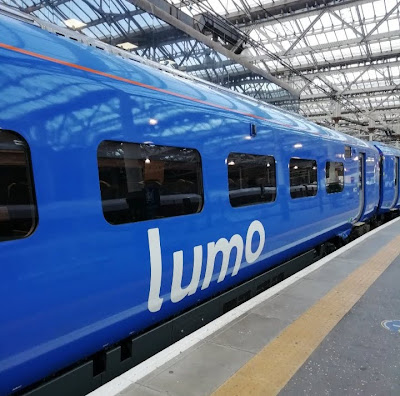 An obvious prizewinner in the "daft railway company names" competition (previous winner was "c2c") First Group has started promoting their "open access" service between Kings Cross and Edinburgh which starts later this month.
The livery is certainly distinctive, if a bit boring. 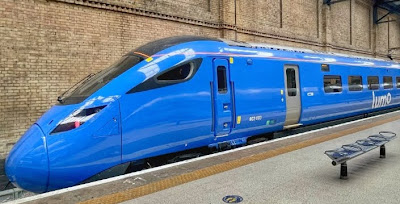 It would look better with a contrasting panel around the windows. Now, has that been tried before? 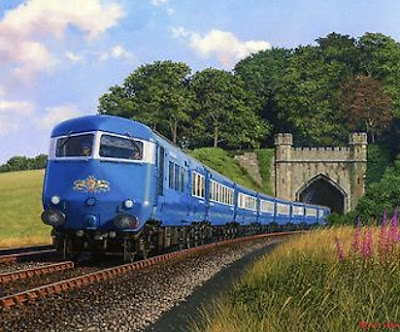 fbb did not intend to write about this new service until others had taken a ride, but it was an email from No 3 son that prompted some on-line research.
you need absolute knowledge of the rail network and the app to get the cheap tickets!
Why does the ticket finder not just have their stations on it? Is there a rule that they have to offer tickets through out the entire network, makes finding or knowing London Kings Cross is the start station critical.
You also have to know they are selling tickets from the 1st Oct to whenever...
Lumo, more like Luro(ll)
Clearly the boy (he's actually 41!) was underwhelmed by the Lumo web site!
So let's have a go!
The home page has two panels which alternate, usually changing just before you have finished taking them in.

LOONY offers "A new train service helping you travel well beyond expectations" which seems wonderful, BUT ...
Perhaps fbb is just an ancient curmudgeonly stick-in-the-mud, BUT, when he travels he likes to know certain things. Firstly, where does the train go? Secondly, how much does it cost? Thirdly, what are the times?
Quite what is on offer that is well beyond these expectations remains to be seen. But first we seek the basics.
From here we can "BOOK" ...

... like what? Then up pops the now-ready booking screen, which isn't actually ready because .... 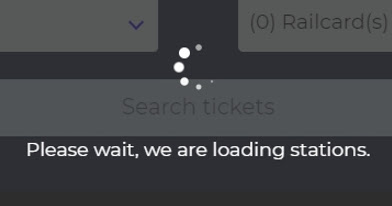 ... the standard screen of all rail company booking sites, offering journeys anywhere. So well within fbb's expectations. But there is a little box which pops up ... 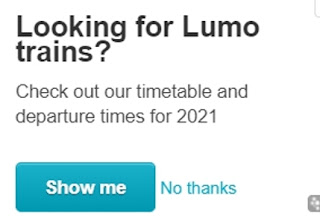 ... which MIGHT take the user to where he wanted to go. What any enquirer would want to know is as for fbb above; where, how much and when.
But we can DISCOVER. But what?
Aha! We can DISCOVER "our stations"! 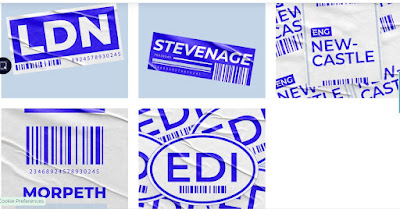 Lets hope folk know what LDN and EDI are in reality! No wonder we had to wait while the software was "loading stations" - it's hard work getting all those 0s and 1s in order to show all five destinations.
We can also take a look at a HUB. 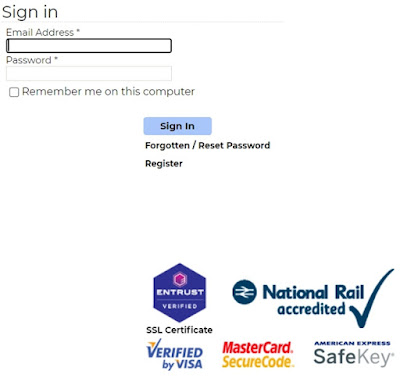 No, neither has fbb!
Perhaps we need the alternative home page panel? 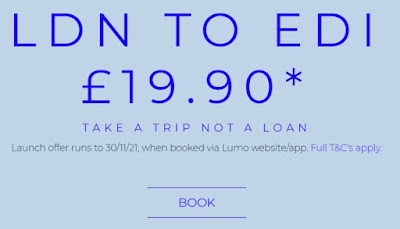 Here we can BOOK all over again although we still do not know what the times might be or which trains (if any) might serve the huge selection that we have patiently waiting "for loading".
Good, innit!
To be fair, if you arrive via Google or if you go straight to the list above the pretty home page, you can get to "our timetables". So part of fbb's requirement is easy, IF you are brave enough to ignore all the other pretentious hype. 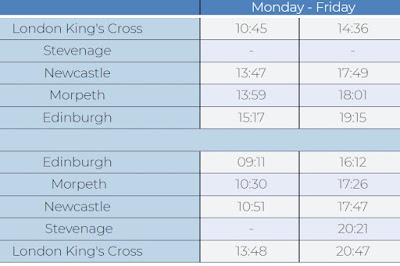 Surely OUR TIMETABLE should be right up front and obvious from the moment you enter the site? It does, at least, tell us that you could do a day return between LDN and EDI (or vice versa) if you wanted to - assuming you could get to LDN or EDI for a 1045 departure without paying through the nose.
Presumably, the purpose of the clutter is to make the potential passenger think there is something good there, something "better" than an ordinary train.
And the three letter airport codes (surely there should be one for Newcastle?) will make you think you are on a plane - a very low-flying plane?
So what does LOONY offer us that is better than, say L N E R.
Of course the cheap price (for a limited period). But we are assured, in advance publicity, that a single ticket will never be more than £30 - which still seems a bargain.
Tomorrow we will look at what you get for your money that might be described as being "well beyond expectations!.
Not much so far!
Puzzle Picture 1 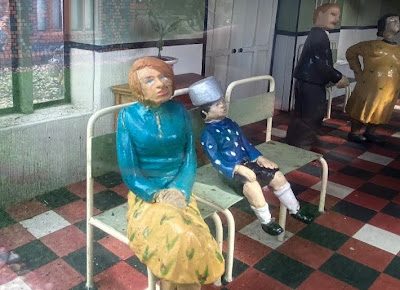 This came from Tim Dunn (of Railway Architecture fame) and is a cameo scene from Bekonscot Model Village. 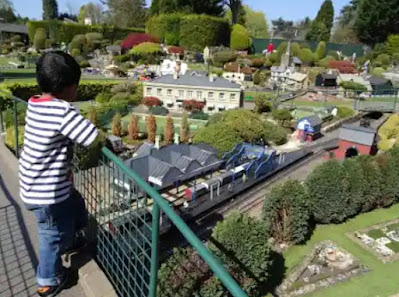 Bekonscot in Beaconsfield, Buckinghamshire, is the oldest original model village in the world.
Bekonscot was first created in the 1920s by a Beaconsfield resident, Roland Callingham (1881–1961). Callingham, an accountant, developed the master plan for his miniature empire as an addition to his large back garden, drawing in help from his staff: the gardener, cook, maid and chauffeur. Wenman Bassett-Lowke, the large-scale model railway manufacturer, was commissioned to build an extensive Gauge 1 railway network for the project. Callingham named the village Bekonscot after Beaconsfield and Ascot, where he had lived previously.
Bekonscot was not conceived as a commercial visitor attraction but as a plaything to entertain Callingham and his guests. It was only after 1930 that its existence became widely known, catching the imagination of the press and public alike.
Bekonscot has been run by the Church Army since 1978 and donates large amounts of money to charity. It has raised the equivalent of almost £5,000,000 and has been visited by more than 14,000,000 people. 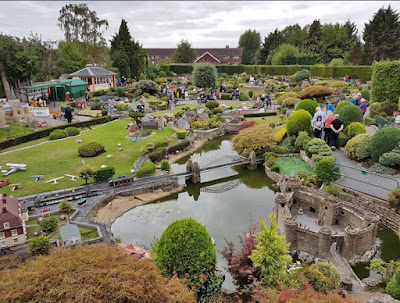 Worth a visit!
Puzzle Picture 2 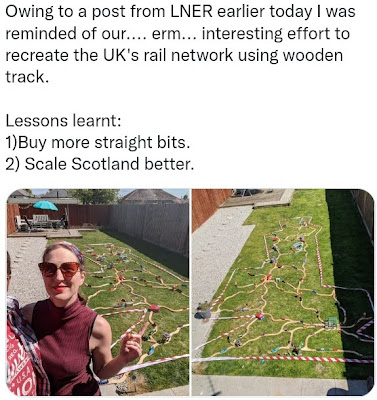 Yep. Some folks have attempted to recreate the UK rail network in Brio wooden train track. Reasonable effort folks, but ... 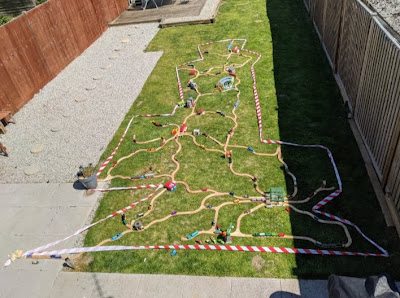 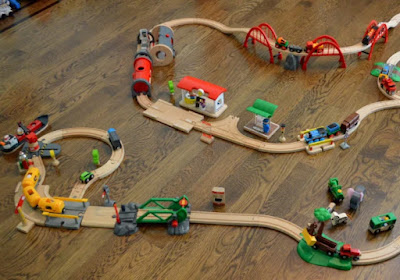 Next Variety blopg : Monday 4th October
Posted by fatbusbloke at 02:00