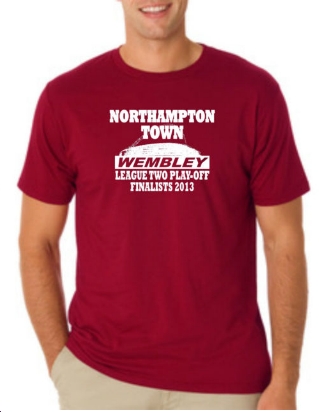 fbb has never been a great lover of sport; or, for that matter, a great participator therein. Perhaps that is why fbb is f? Apparently today is a big day for Northampton Town football club. And the "big match" is at Wembley which is just a short hop on the train from the home town of the evocatively named "Cobblers".

So, heading for Wembley today?


Trains between Northampton and London will be extremely busy on Saturday 18 May as up to 10,000 Cobblers fans take to the rails for their journey to Wembley ...

... for the npower League 2 Play-Off Final against Bradford City.

London Midland will be providing as much extra capacity as possible to help everyone get to the game on time. However, non-match goers are being advised to avoid London-bound trains before midday (as well as evening departures from Euston between 4.30pm and 7.30pm) due to anticipated crowding.

But we probably won't give them that  helpful snippet of information when they buy their tickets! After all, it is on the web site.

Longer trains
Although there are 13 trains from Northampton to London between 0730 and 1150, they all start from Birmingham, which means many are already over half full by the time they arrive at Northampton. Where possible, we will be attaching extra carriages to these trains at Northampton. However, we still have to provide carriages for the other 1,200 trains we run across our network on a Saturday, so not all departures from Northampton will benefit. 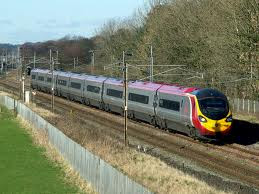 Extra trains
As we have limited spare carriages of our own, we have also hired a number of extra trains from other operators, including Virgin Trains. This will allow us to run additional non-stop services from Northampton to London approximately half-hourly between 8am and 10.30am, returning from Euston between 4.50pm and 7.50pm. Each of these 11/12 carriage trains will be able to carry over 800 people (normal tickets will be valid).

Sounds quite good; and there is a station at Wembley Central. Not ideal for the stadium but on the direct railway line from Northampton. 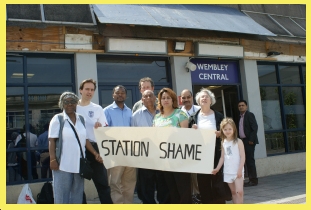 It has been described by local residents as "an ill-equipped, half-built, incomplete station with inadequate facilities and a leaky roof" but at least it avoids getting tangled up in Central London. And there are plenty of buses, namely services 83, 92, 182, 223, 224 and 297. These provide nearly 50 buses an hour between station and the stadium area! 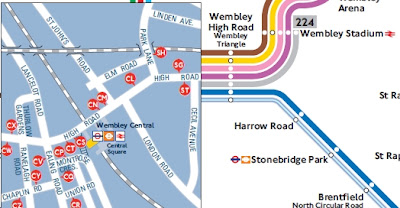 An walking is quite straightforward.

So what does London Midland offer?

And we wouldn't expect London Midland to think of advising about buses, would we? And, surprise, surprise, the fares will be more expensive for the diversion via Euston and Euston Square. And opposition fans (from Bradford) will arrive at Kings Cross and, guess what, take the very same Metropolitan Line trains to Wembley Park.

1) Wave to the stadium as you go through Wembley Central without stopping. 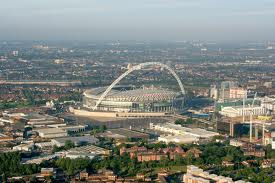 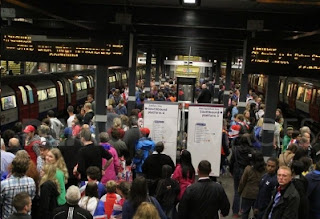 3) Spend more cash than you should to go the long way round. 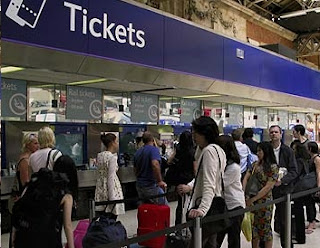 5) Coach travel is quite nice you know. 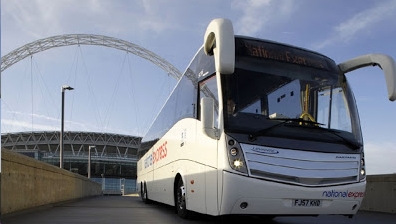 6) Buses? What are buses? Do they have buses in London? 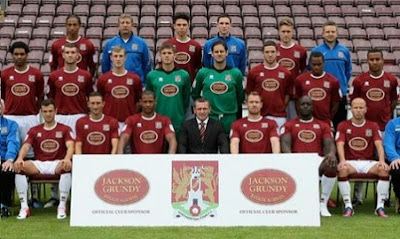 The sad truth of the matter is revealed upon further examination of  Wembley Central Station's facilities. Despite the station's usefulness for events at the stadium etc., despite there being plenty of buses, Network Rail, London Midland, Virgin Trains, Boris and/or Jim Scroggs (station manager) have let the platforms on the fast lines deteriorate to a state where they are "unusable". 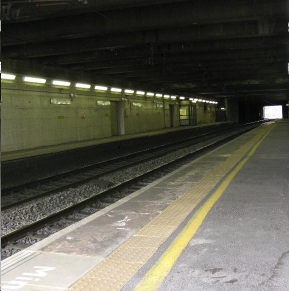 So, rather than fettle them up and make things easy for passengers we simply say ... 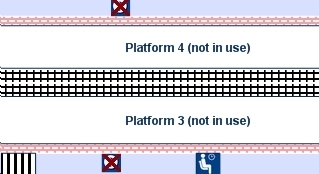