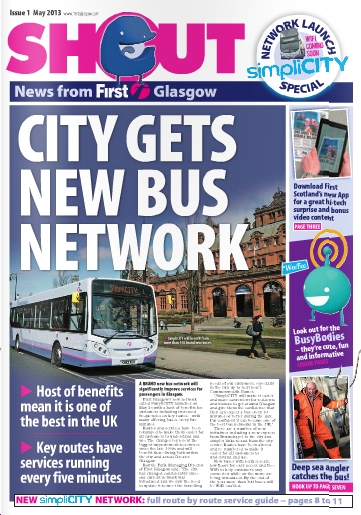 
Rather than  try to explain the whole kit and caboodle, fbb will concentrate his efforts on one corridor upon which, for over 40 years, he has travelled to visit the future Mrs fbb, the current Mrs fbb and Mrs fbb's late parents; who resided just round the corner from Alexander Midland's Milngavie Road depot. 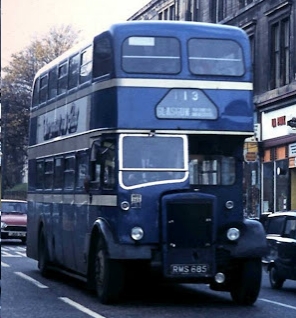 Milngavie and Bearsden were blue bus territory, and a rich and resplendent blue it was. With the withdrawal of trams to Milngavie in and the Glasgow (territorial) operating "agreements", Corporation buses turned at the city boundary, Killermont Bridge. Midland ran via Maryhill Road or Anniesland to Milngavie and via Anniesland to the new development at Drumchapel. Later another new "scheme" was developed at Summerston, off the Maryhill Road served by Glasgow corporation and its successors. 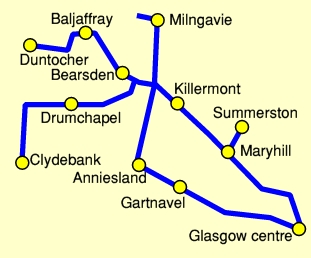 diagram of places referred to in this blog

Scroll forward a few decades and the whole lot passes to First Bus. So, before Sunday's "big bang", Summerston was the terminus of long-standing route 61. 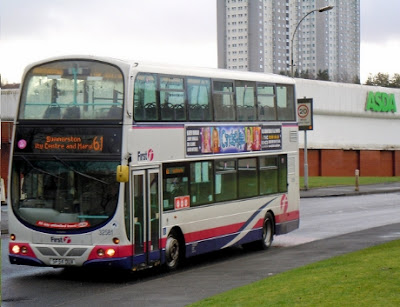 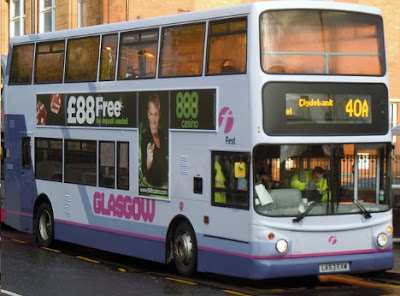 ... continuing to Clydebank; the suffix "A" was irrelevant on the Maryhill Road side of the City. The 40 and 61 services were part of the "Overgound" network, First's late 1990s revamp of the City's routes. The most recent First service to Milngavie was numbered 119 and deemed insufficiently frequent to be Overgrounded. 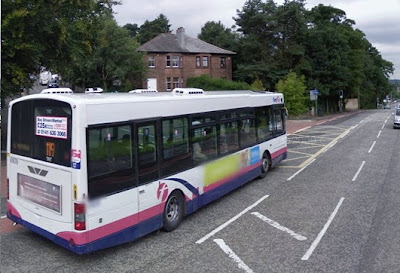 It is appropiate to point out that Bearsden Cross, the traditional "town centre" and near the railway station, has, over the years, lost its First Bus coverage in favour of Glasgow Citybus; The service 17 (above) continues to Duntocher, passing Ledi Drive at the edge of yet another new "scheme" at Baljaffray. That estate is served by a peak hour route 16 (similar to the 17) and an hourly route 15 which bridges the gap on the map above and runs to Milngavie. 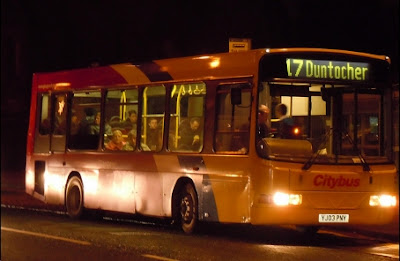 Thus the routes to Duntocher and Baljaffray via Bearsden Cross ... 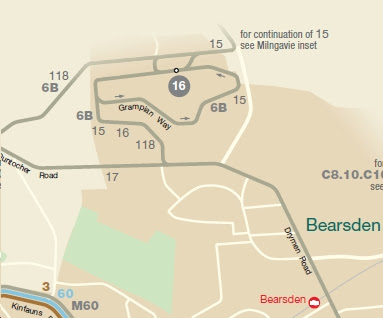 ... are now (almost) exclusively the home of the "independent" and are unchanged from Sunday 26th. Before someone with better knowledge than fbb asks about the 6B; this is indeed a First Bus route running at peak times on Mondays to Fridays only. It was, prior to last Sunday's changes, numbered 118 ... 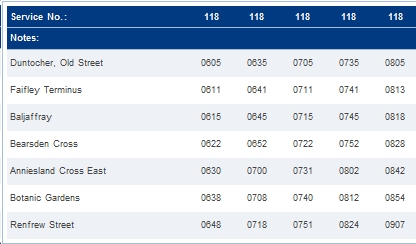 ... and was/is the dying ember First's former services via Anniesland to Bearsden etc. Of course the casual enquirer might have been confused between this and route 118. 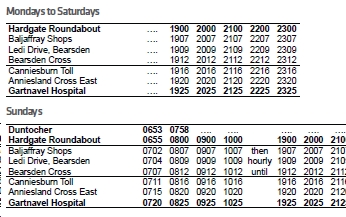 Citybus route 118 is an evenings and Sundays version but running to the vast Gartnavel Hospital complex at Anniesland; it does not run to the City centre. 118A is a number no longer used as such. 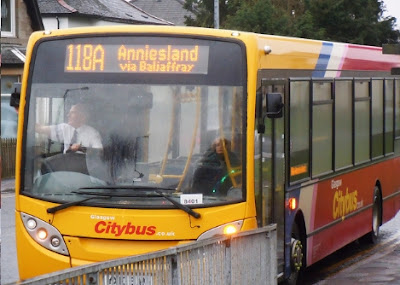 So we now have the ingredients for the rich mixture that will produce a re-organisation of bus services along Maryhill Road. Mix together:-

And the result is the chunk of new network which commenced last Sunday, 26th May.